Opinion about this PC configuration

For a laptop the specs are obviously very good.

Hey birdnamnam! Thanks a lot for your reply.

It’s a big investment for me, so any tip will be very much appreciated.

I’m not familiar with this brand. Do a research before buying and try finding user reviews about this model. The specs are great for the price, nevertheless.

Just jumping from video editing to 3D. Is it enough with 32GB RAM? I thought the more RAM the better.

More RAM is better, that’s for sure. But for a beginner 32gb would be more than enough

I love laptop comfort (I also travel quite a lot…)

Ok, that’s a good reason for getting a laptop.

when looking for desktop options around 2.500€ I realized that I also have to buy the monitor and the specifications where not so good (i7 processor, 32 RAM, RTX™ 3070 …) … So I am not quite sure … is it desktop making a difference??

Desktop parts aren’t directly comparable with laptop hardware. For example, the mobile version of the 3080 is approximately equivalent with the desktop RTX 2080 or slightly better, and it’s inferior to the desktop 3070 by a lot. Same goes with the desktop cpus. Laptop cpus have lower tdp’s (thermal design) and have lower clocks in order to maintain lower temperatures. In this particular case, though, the 5900HX is better than most desktop cpus of similar specs.

My only concern, after all the above, is the laptop’s thermal behaviour and the support from this company. If you find out that it’s decent enough, and you are sure you’ll be better off with a laptop, go for it.

If you are considering a desktop solution too, then see something like that:

Or, with a way better gpu, this one You can combine these desktops with decent monitors. A good 27", 1440p IPS monitor would start from around 250€

That’s very much appreciated, I really didn’t know that there were so much difference between the components made for laptop or desktop versions. I will take it into consideration.

Also the thermal factor seems to be a very important things, and I didn’t even think about it.

Again thanks a lot.

I suppose then, these specs for a desktop…

… are somehow better than the laptop with the RTX 3080 that I mentioned ?

The graphics card is definitely better. A desktop 3070 would be faster than the mobile 3080. The 2nd one has an advantage though. The laptop you’re interested in has 16gb of Vram, which is double the size of the desktop 3070. But in your case, since you’re just starting to learn 3d, this shouldn’t be an issue.

I just found this very intensive in depth review of one of these laptops, it seems to be quite satisfying!

Okay! Finally I am very close to take this important step, I have these three laptops, and I would love to know from you what is the best or the most recommendable from your experience: 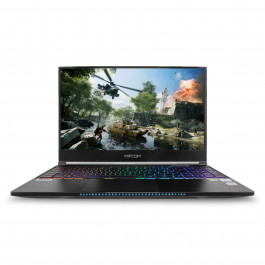 Looking forward to know your opinion!

Go for the best GPU and the more RAM you can put your hands on. I don’t know these companies though, neither something about their support. The 3070 is a must in this budget and 32 or 64gb of RAM is ideal.

Thanks for your answer, I wanted to get 64GB RAM, but in other forums people say that’s too much, that 32GB is ok.

Also these TongFang laptops (all of them are TongFang) seem to be very good for that price range, and all those companies offer also support for a bit more of money.

RAM is never enough. Yesterday, rendering this scene, I momentarily saw 50gb of RAM use. And it’s a simple scene. But you’ll usually have multiple apps open and this alone consumes RAM