I’ve got this birdbath shaped fountain thingie here and I’m trying to figure out how best to fill it with water. I was thinking I could just go with a textured sheet or similar FPS style, for still water, but I’m not sure offhand how well flat planes work with IOR. I then started thinking that some amount of ripple might be nice and I might want to have an object laying with an end into the water as well . . . .

So, I’ve been playing with the fluid simulator. It makes some pretty things, but I’m not sure if anything I’ve managed to come up with really works. The first of these images was done with an inlet above the scene, which works pretty well except for then it never stops dripping and lets the water calm down. The second one was by dropping a big block of fluid, which looks neat too but didn’t really work as planned, as the wire shows. The water is sorta calm, but it’s very … ridged.

Both ways it seems really hard to control how much water you get when you just want to fill something … Though I could try making a low torus of water to see if it flumps into place more reliably that the cube of much splash.

I hope these aren’t too dark; I’ve got just one weak radio emitter in there so far as I haven’t finished working on the set setup yet (got distracted by a new toy … ;)). There should be at least dim moonlight and ambiance, and possibly another radio-emit item.

Any thoughts on better ways to do this? I’ve read the Fluid stuff in the wiki already (which is why my head didn’t explode yet); and I searched around the forums a little but I’m not really finding anything at the moment. 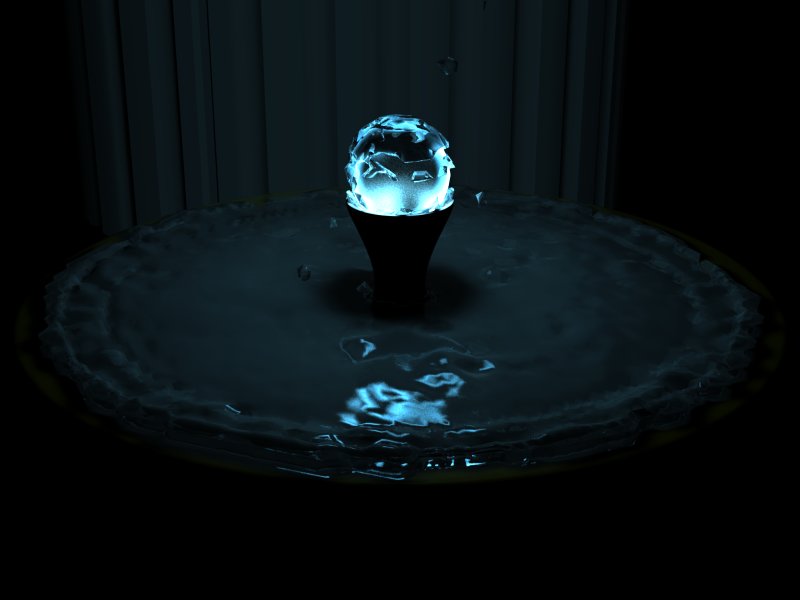 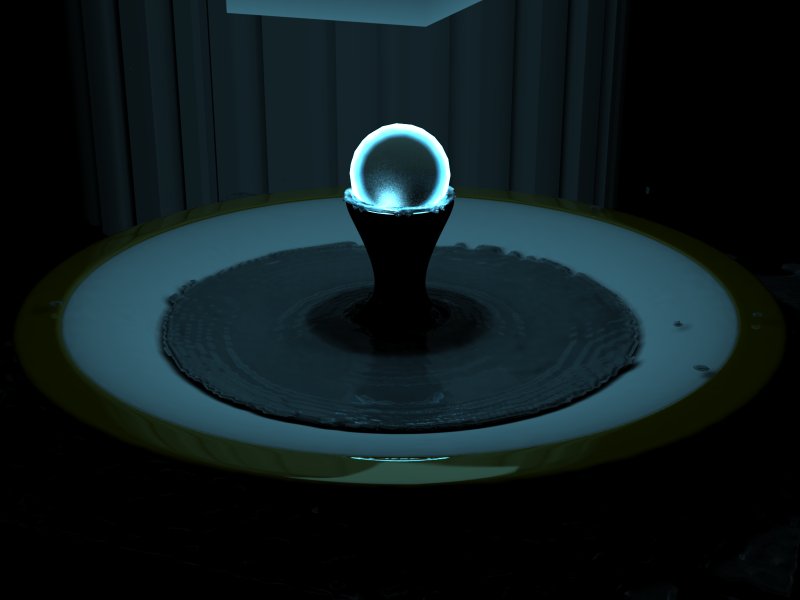 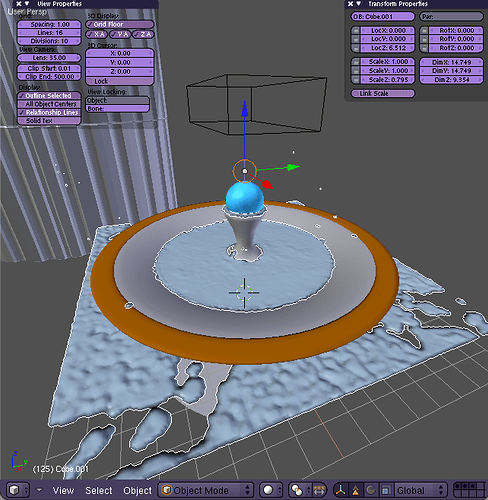 Maybe try creating a fluid object bigger than your obstacle (birdbath). Place its surface where you wnat the calm water to be. Intersect the fluid with obstacle (boolean modifier) to get only the fluid that will fill your birdbath.

Have you considered a wave modifier?