I started working on a new game character. It’s going to be some sort of Ogre/Orc standard soldier.

I’ve tried to make a concept sketch for him for several days now but I finally realized that I can’t draw to save my life so I gave up on the concept and started working on him anyway.

Made a quick basemesh in Blender which I exported to Sculptris to sculpt the final shape. I am about an hour and a half into the sculpting so far.

I have only sculpted the upper body so far and a little bit on the legs, I haven’t started on the arms and he currently have no face or hands but putting that aside, is the anatomy ok so far? 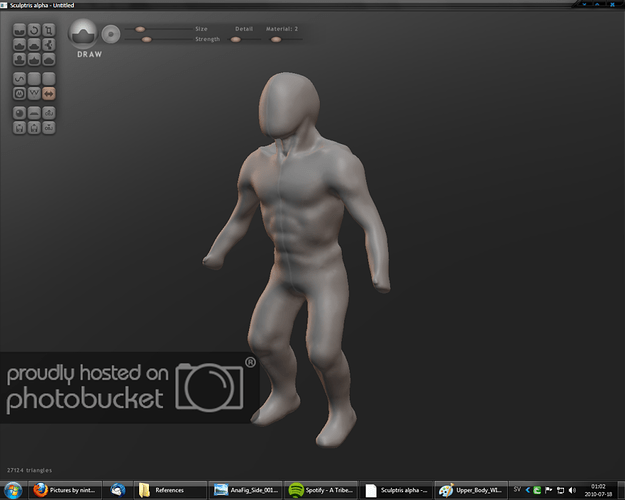 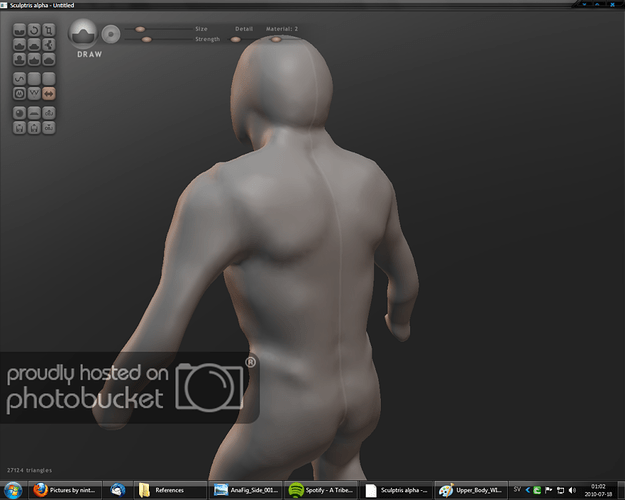 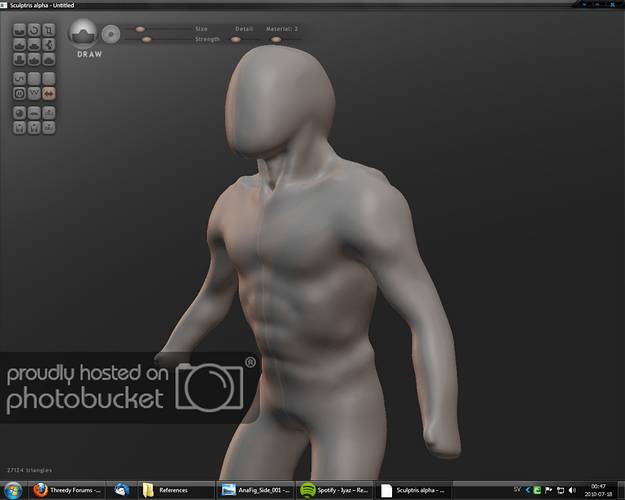 EDIT: Do a male without genitals need a nudity warning?

EDIT2: Worked more on the arms and tried to give him hands. Lets just say that Sculptris isn’t the best program for adding new geometry D; Also tried to sculpt the leg muscles but no matter how much I tried I only got him to look obese :< Oh yeah and I felt sorry for him and added some indication of a crotch for him xD 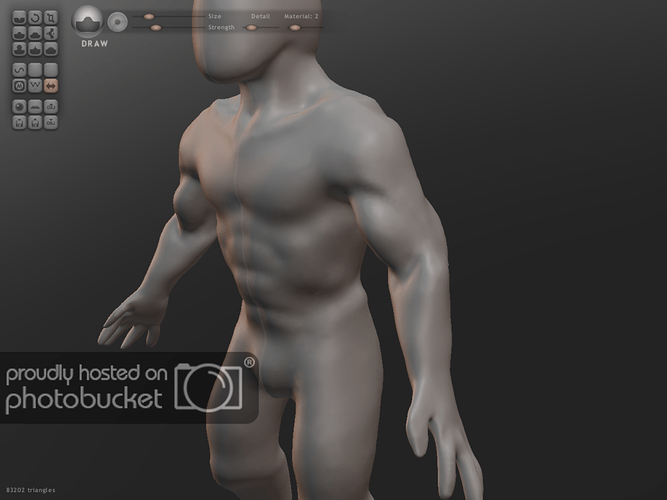 EDIT3: Reworked almost the whole body to give him more of an Orc body-type. Also decided to make him an orc instead of an ogre. 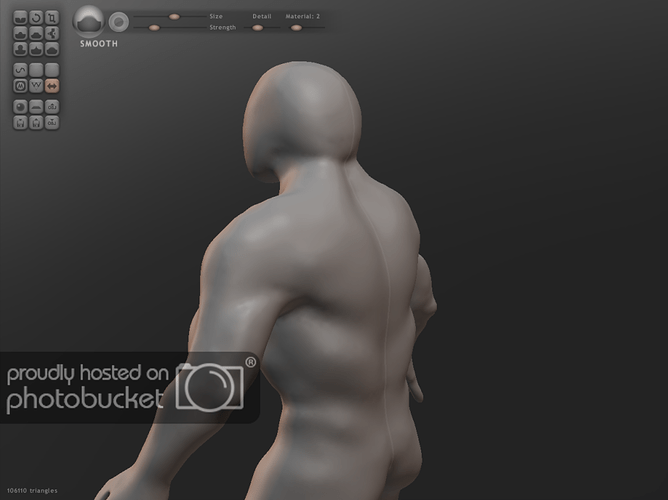 Some updates, I wasn’t able to work for about 2 days because of various reasons but now I’m back working on him again.

I wasn’t happy about his hands (and a couple of other things) so I exported him back to Blender where I did some retopo of the body shape and modeled a pair of hands, made his legs longer and tweaked the shape a little.

Then I exported the basemesh back to the new Sculptris beta (which is completely AWESOME!) and got this from about an hour of sculpting. I tried sculpting him without the use of references this time to see if I remembered the anatomy correctly.

The legs still look obese, I’m trying to fix this but I don’t seem to be able to produce some normal looking legs. Tell me what you think, do the hands look too small?

Hmm, I haven’t really considered that possibility but it may actually be why he looks so fat. Thanks billymuncher2