Cycles render.
Trying out some Ornamental Grasses.
Using an old blender script for generating the grass.
I used version 2.49 to generate the grass and then
created a 3ds model. Would be nice to have this for
cycles.

The script is here:
http://people.oregonstate.edu/~dennisa/Blender/Fiber2/

Im using an HDRI to light the scene but need to sharpen
the shadows. 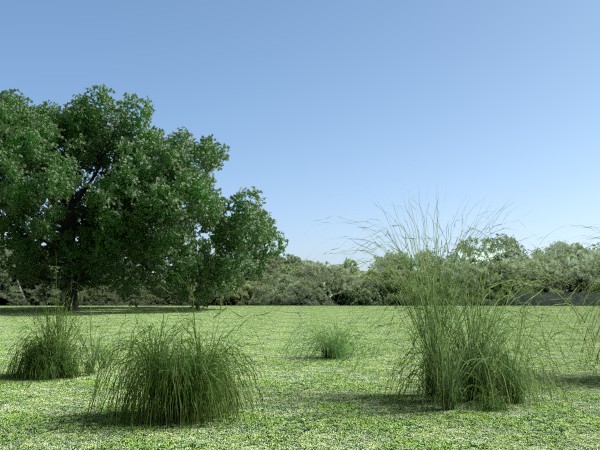 Wow, that looks awesome! How much of the scene is 3d? Is it only the big bunches of grass or also the ground and trees?