OSL script node does not wok for me at all.

EDIT:boogers! the title can’t be edited!!!

I’ve tried a half a dozen different versions of Blender ranging from 2.67 to 2.69 RC2 and also on both Windows and MacOS and the output of every attempt is a black object.

I’ve tried several basic scripts including the one on the Blender wiki for OSL and none of them work. They compile, but as I said, the output is black. All the other nodes work fine, just not the script node.

Am I missing something obvious here?

Experienced exactly the same problem the other day!Turned out I forgot to tick the option “Open Shading Language” in render options in the Properties panel. 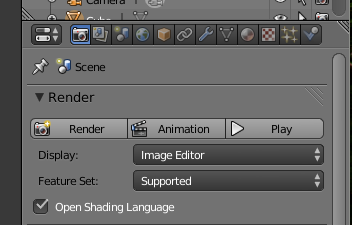