Hello, this time i bring you my 2nd finished project, everything is RAW (and i don’t mean its on raw mode of the view transform ;P) 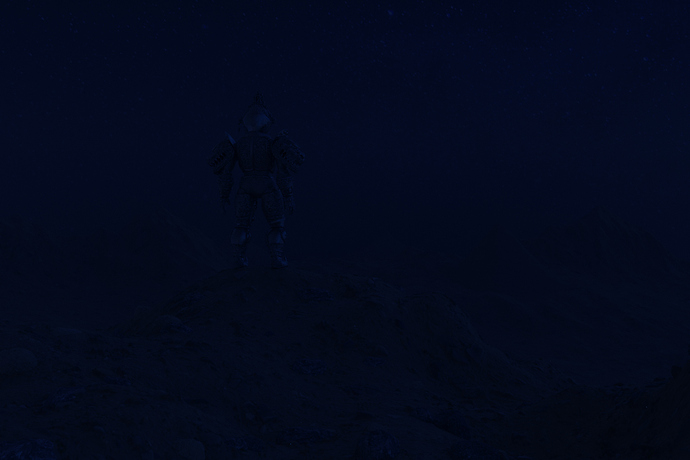 Otherwhere Final 3.jpg1530×1020 180 KB
(If you can’t see anything, don’t worry, you can see it better on a dark background or such. I have it as a background image on my monitor with black interface color and i can see it perfectly)

Background story
Moonsage (the character with the Armor of Energy standing on the cliff), after defeating the Dark Lord (a character i’ll show in a future), in a hard melee/magic battle in the space, gets lost in the middle of nowhere and his spacecraft crashes on an unknown desert planet; just otherwere in this universe.
Standing there, he wonders… what happend to the others that fought by his side, and what will happen to the “Higher Truth” mission?
And last but not least, what will happen to him, and if he’s trapped on that unknown planet? 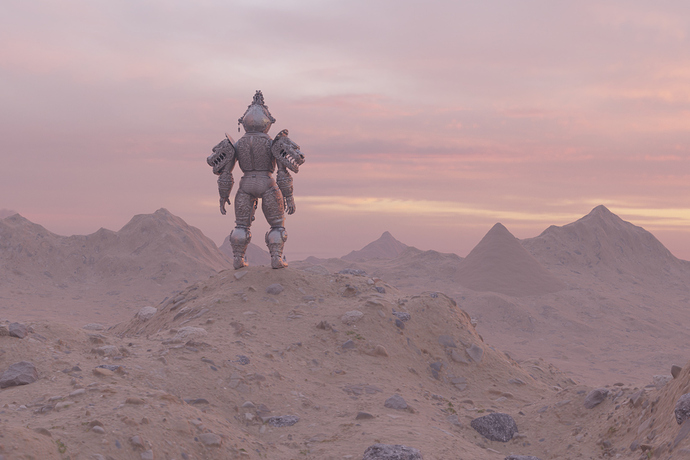 .
.
.
It could have been better, yes… But… i was on an experimental process and i really wanted to make it raw to see if i was able to make something good looking without the need of image edition or such. My main goal was to achieve a “movie looking” render.
Everything made with Blender only.

so i can improve… 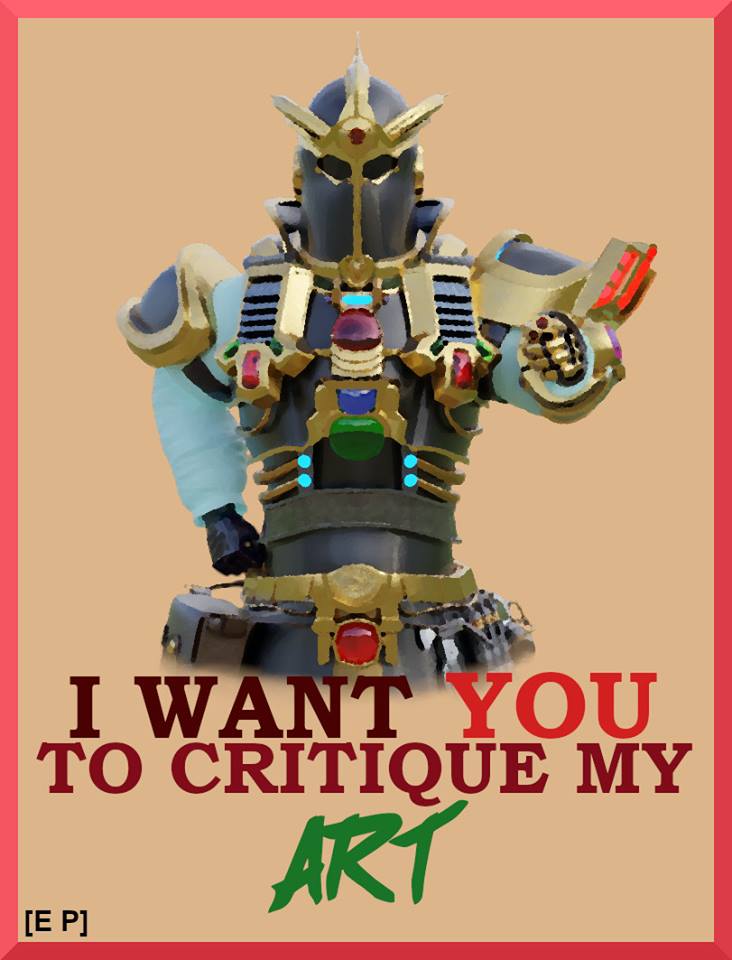 Even though you have pointed it out yourself, I am going to say it anyways. That dark render is pretty dark. Though I can recognize what’s in it. I can only barely do so.
I’m not going to recommend a brighter light on the whole image. At the very least, I would recommend a bright(er) light somewhere to the left of the scene to give some slight edge-lighting to the character themself. This will help make them pop out a little as the focus of the image and will make it easier to make out their shape.

Cool, thanks for the info, hehe.

The reason why i made it so dark is because i wanted to re-create the same image we see in reality when we’re in the night and there’s no light, only the sky stars, and when you’re in the dark you, obviously, can barely see anything, you can only see silhouettes, but… if you try and focus your sight on any object, you’ll start to see some details on it until the point you figure out which object is or have an idea of what object is (and so, mentally recreate the rest of the object in order to have a complete image of it). So… yeah, that’s it, hehe.

Thanks for the critique