This is a animation I have worked on for a very long time, a bit over 2 years I think.
When I started it Blender 2.49 was new and hot.

It’s not non-stop work for 2 years, I have had breaks and inspirational lows during the process.
Work, sleep and family stole some time too.

It’s the second animation/short film i made, this one being just over 6 minutes long.
My previous animation was with a static camera, two scenes, one character and a handful of props.
I wanted a bit more with this.
I wanted a certain style that would make it stand out, more scenes and action and a good solid griping story. (story is hard)
On account of a crap computer I needed it to be easy on the CPU therefore the black and white theme.

About 6 months ago when I picked up this project again for the eleventh time it really started to take speed and I could visualize a final product.
I didn’t want to release it before i feel’t I had made it the best I could.
My original thought was to make everything myself, modeling, animation, cutting, music ,voiceover etc. I soon had to rethink my strategy.
After 2 days and 25 recording of me trying to sound like a mature man I gave up, i’m 26 so I didn’t think that would be a problem.
I posted in a voiceover forum asking if there were any kind souls out there willing to help me out with my animation.
I soon got a response from a great guy who was willing to help me out with this. (Joe Pike www.thevoiceitguy.com)
It was the same with the music, 3 days of failed attempts at making epic music I started searching the internet for a talented guy who if I was lucky would help me with the music.
I found Zavaroe (Conor Cameron) on youtube and sent him a mail asking if he was interested. He was.
Now I could focus on the things that I like the most.
After allot of unorganized improvements here and there it started to shape up.
I think I had the actual movie done about 3 month ago, since that I have been playing the animation on repeat finding scenes I’m not happy with and fixing them up.

Now after all this time I am going to close this project and say “I’m done with this”. I must admit it is kind of scary to post it but I will hope for the best.
Enjoy! 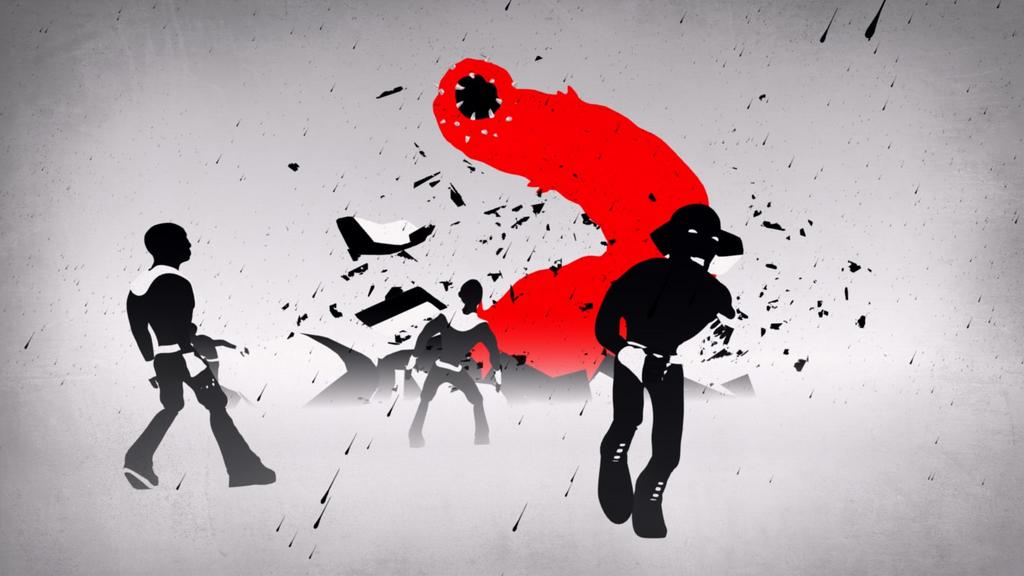 A huge, expressive work. Astounding soundtrack and voice. I think it has a great use of the resources!
Great work, man. Glad to see this.

Outstanding work!
The Story aswell as the technique reminded me of Marvel comics, really, really great job!
It was very entertaining, atmosspheric and great voiceacting also!

I really like the graphic style you chose. Very impressive. One little thing, I couldn’t understand the very last line in the voice over. what exactly did he say?
Great work.

Thank you all for the comments.
@Triskelion he said “A long time ago, I had hope in our race”

Thanks, my hearing was effected by going to too many rock concerts.

Wow outstanding, and I love the style of the animation, it’s quite unique

This is truly amazing.

I’m glad for for the positive response on this. Happy to see my animation being appreciated.

Wow, absolutely amazing! Everything was well done, the story, the graphics, the music, the voice. A great peice of art.

This. Was. Epic. I loved it! It was a great decision to include other talents and combine your different expertise, the end result is amazing!

Awesome work, in my opinion the black/white and then red colours suited perfectly this story.

I have one favor to ask, could you please post a subtitled version because english isn’t my mother tongue and there were some lines I didn’t quite fully understand.

I will find some time to subtitle the YouTube version. Stay tuned.

I will find some time to subtitle the YouTube version. Stay tuned.

Great Work. It is well thought out and I really like your style. The only issue that I noticed is that the line at 5:08 (“The rest of us was left behind.”) is not grammatically correct, as “us” is a plural pronoun while “was” refers to a singular.

This fantastic piece cannot be denied as being one of the greatest Blender animations posted within the Blender Artists Forum.

@Keyfinder
That’s some really good ego-boosting feedback!
There has been allot of good Blender animations through the ages, i’m not sure I can put myself up there but I do appreciate you thinking so.

I didn’t like the ending but still bravo! Very few shorts posted here hold me to the end. This one did. Consider yourself a good storyteller because that’s what you are.