I have been searching all night trying to find information on how to render a outdoor scene using Volumetric lighting similar to the one shown here http://www.blenderguru.com/tutorials/make-atmospheric-lighting-blender/#.U_0Tm2emc0M at time stamp 1.26 I have it working after a fashion but I am struggling to get a good background atmosphere like shown in that image. Any pointers or tutorials would be a great help and appreciated.

There are two things you can do.

1). Don’t use a volume for the world, instead, create a box with a volume texture that covers the scene.
2). Using the lightpath node, set the density of the volume material to 0 after the first bounce.

Thanks Ace just a few qs to clarify

Do I enclose the camera also as I read that the cam should be outside the cube?
Light path node which path do I use and do I plug that in a Mix Shader node after the Volume Scatter node?
and how to I set the Volume Material to 0 after the first bounce?

OK camera outside the box…got that but I am still not understanding the rest. Be gentle I am still learning Blender but I am a fast learner. )

Can anyone help with what Ace said in point 2

“2). Using the lightpath node, set the density of the volume material to 0 after the first bounce”.

I think you can get same effect using low Volume “Bounces” (=0) settings in integrator Property.

Thanks Storm yeah I found that but I am not sure what Ace meant buy After the first Bounce…that just stumps me flat.

ok let’s try this, does anyone have suggestions of another place to get help regarding this?

Sorry to say his, but it seems you’re sabotaging your own cause by not providing enough information…
You’re already following a tutorial by Andrew Price, yet somehow you’re not satisfied with the result.

a)
Why? Show us your result and examples for the one you want to achieve. What exactly is bothering you?

b)
Give us a scene file with your basic setup to work with.
What are we supposed to do - set up a scene from scratch ourselves to experiment and (perhaps) show you how it is done, just to then realize that it’s not transferable to your needs (just as that Price tutorial obviously is)? After all it’s you that has the issue, so why should we do all the work?

2). Using the lightpath node, set the density of the volume material to 0 after the first bounce.
and I was only asking for pointers, things to avoid, things that make it easier. I would never ask for someone else to do it for me…that is not me and I do have trouble with asking as I like to do it myself. That is how I learnt Carrara, Daz Studio, Bryce and a little Poser. But Blender is not your average program which is why I like it but man they are so many functions I sometimes get lost among them all.

I want to do a late evening or night scene, near the ocean using a pier with lights. I found Point lights give less noise than mesh lights so I getting close. But I would like some Moon light (full moon) to give some extra ambient light and possibly the moon reflecting on the water. But since we cannot use a Sun with volume I am finding it hard to get my head around how to achieve it.

That link I posted mentioning the time stamp is pretty close to what I would like to achieve but I have a feeling it is a composite and have no clue in how to achieve that look. If I use just the World light it is either a plain overall colour with too much volume (I do have a Cube surrounding the scene and have played with the volume settings…ALOT) and when I try with a Sky Texture I get the same. I have the Volume set to 0.010 for the cube, no volume for the world. As I said I am halfway there, now to get the background and reflections on the water the right colour.

Yeah, but please realize that still none of us knows exactly what the problem is with your scene. Therefore nobody knows what would improve your situation. And even the hint from AceDragon was just a shot in the dark and might very well do nothing to improve your render at all.

If you provide a scene with approximations of your models, your volume setup and the scene scale in place, we just have to play around with shaders and lighting and can check all your other settings in one go - quickly and painlessly.

But if you just describe what you want (at last!), we have to create our own test scenes from scratch (with water surface and whatnot) to see how well it renders in order to possibly help you. And sorry, that’s you actually asking us to do your job.

Ok I will keep reading and testing myself thanks for the feedback, it is appreciated.

all I really want now is an explanation of what Ace said…simple as that. How do you set Volume to 0 after one Bounce?

OK dokey specifics then. I will take this one step at a time, dealing with each issue as it arises…it will be the only way I can learn this if anyone is willing to help and not do it for me.

My first issue is Noise. I have a 14 lamp posts, the glass shades are single skin meshes, normal outwards. I applied a Glass Shader IOR 1.50 mixed with Transparent Node via a Mix Shader node and Light path Node set to Shadow Ray plugged into the Factor of the Mix Node and the noise is terrible even at 5000 samples. I know that these meshes are the offending article as I hid the lamp posts and did a test render with nice smooth Volumetrics. I have spent a number of hours trying to find the solution myself via testing and Google and came up empty…now I am asking as I have to. Can anyone point me in the right direction or an alternative shader. I have thought of the compositor rendering the volume on a separate layer but I won’t get the same effect of the hexagonal lamp shade giving off the shards of light that a point light inside the glass does.

If I don’t ask I will never learn Blender like I want to and might as well go back to Daz Studio as I could do this scene with my eyes closed with my knowledge, the tools and shaders I have at my disposal, including Volumetrics on a per light basis. But I don’t want to, I want to learn Blender more. If I could afford it I would become a CGCookie Citizen and ask them.

Are you clamping the values any? I found once I started using clamp that I could get much nicer results at 500 samples with clamp than I often could at 1000 without. Especially in regards to fireflies.

Also, it may help to get some responses if you can show us the results you are getting and the settings you have. For the latter, you can go to the Window menu option under the Info panel (the default one at the top of the screen) and choose Save Screenshot (or simply press CTRL-F3).

Man what am I like…I had all that info typed out, well it was early in the morning. Thanks gradyp for being more helpful and responding.

When I get back I will get all the screenshots done and posted. Thanks again

Quickly I had Indirect Clamp set to 3.00 While I am out I well let is render on a higher setting and see what happens. 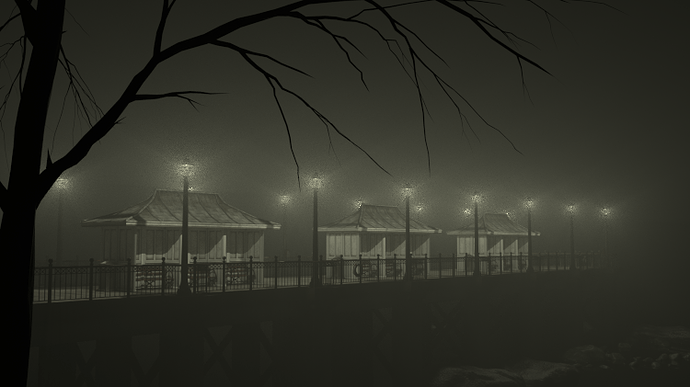 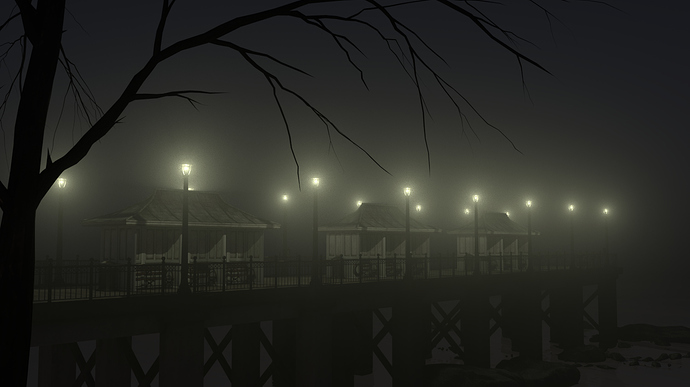 Cube had a Vol Scatter node Density 0.010 and Anisotropy 0.900 to get a ball of light showing where the light bulb and glass would be.

I would much prefer to keep the glass mesh in place as it gives a nice result just darn too noisy. 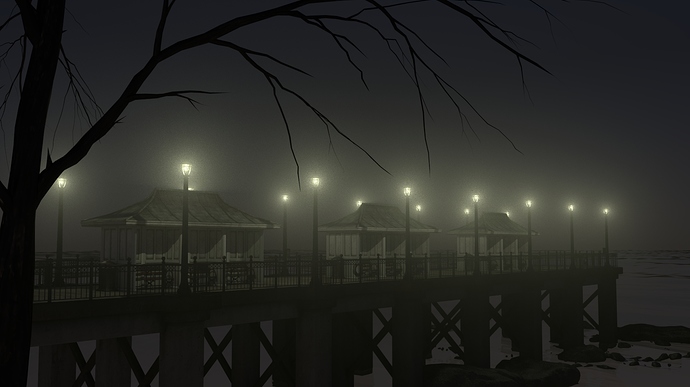 I rendered my scene in Vue

You want it to make it so that glass doesn’t affect lighting for the rest of the scene (thus causing noise)? From your node setup it seems that’s what you want to achieve.

Anyhow, if you want to reduce noise that way, simply select the glass mesh and disable Shadow Ray Visibility panel at the bottom of the object panel, this will (I think) make it so that the glass is invisible for the purpose of lighting the scene, but still visible to the camera.