“Somewhere in the west, the late 1800s. A band of outlaws had set up their camp around an abandoned train(reasons for that, not known). The train had a year or two worth of supplies and it made more sense to settle down in and around it. The neighboring areas soon made a rule to not go anywhere near it. For they had heard the horror stories of what happened to those that did go near the camp. However, things at the camp were somewhat different. It’s almost as if they were normal happy people and the stories did not make much sense.”

As soon as I heard about the CG Boost “Life on a Train” challenge, my plan was to make an outlaw camp around an abandoned train. For my references, I used Red Dead Redemption 2 as a heavy inspiration for my camp design and prop design.

I had never modeled complex shapes like a train before, so that was quite a challenge for me. Learned a lot about the modeling and texturing pipeline as I made quite a lot of other props along with the train models for the scene also. All the human characters were made with Adobe Fuse and rigged with Mixamo. Fuse is no longer supported officially but I still have it and it worked quite well for my scene. Downloaded some third-party assets to fill the scene more with extra details. The landscape has around 4 different textures and I blended them with different noise textures plugged into the factors of the mix shaders. Botaniq and Scatter were used to make the vegetation.

Texturing for my models was done with Quixel Mixer.

I had a lot of fun adding details and making mini-stories inside this scene. Hope you like them too!
You can also check it out on Artstation: https://www.artstation.com/artwork/mDGQ2y 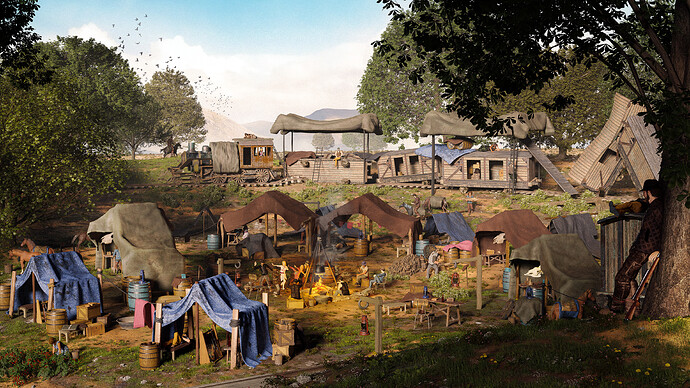 Some of the Models I made for this project: 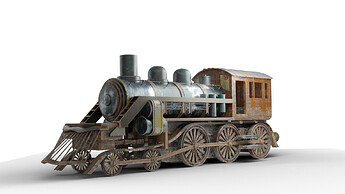 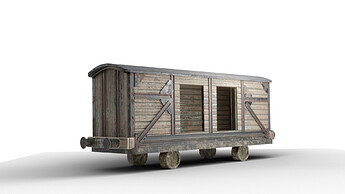 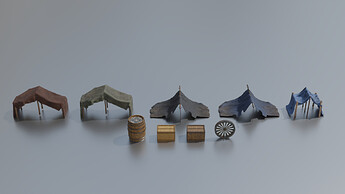 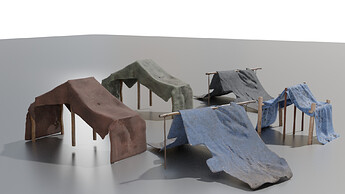 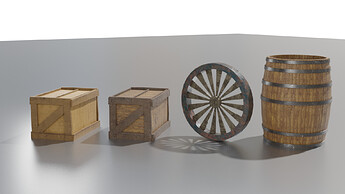 Thanks a lot, Bart!