My design of a plane based on P 47.
I would love to get some hints, from you, how to make it more realistic;) 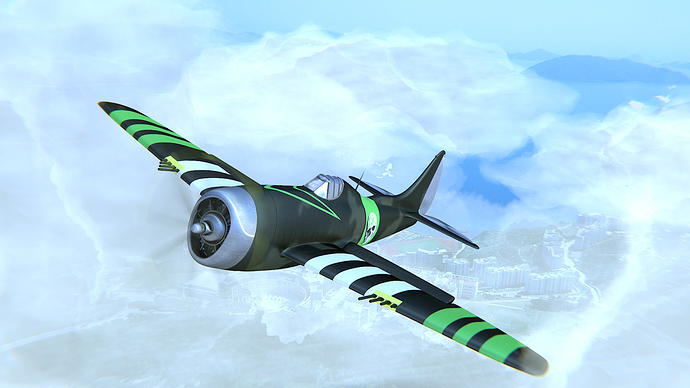 add some bigger rusted/corrroded/dirty spots and add more contrast to the camoflage.
the tail fins (or whatever the flat bits sticking out are called) need hinges
other than that really good and cool

i like the skull logo with TSF written on it. mo-blur is very cool too.

Camouflage? XD Those neon, glow in the dark wings would make the plane easier to target than white paint. Also, the metal around the propeller looks a bit distorted. Modeling is great though, and the skull looks cool. It would be nice to see more of that skull.

Thank you for your comment. I will add some rust and contrast just when I will have some time.
And I really, I don’t know why did I forgot about the hinges:P

but I wanted to create something like a show-plane.

Also, the metal around the propeller looks a bit distorted.

Are you aware the P-47 had an elongated cowl in order to accommodate the air intake for the supercharger?

BTW, here’s a pic of the rudder hinge. 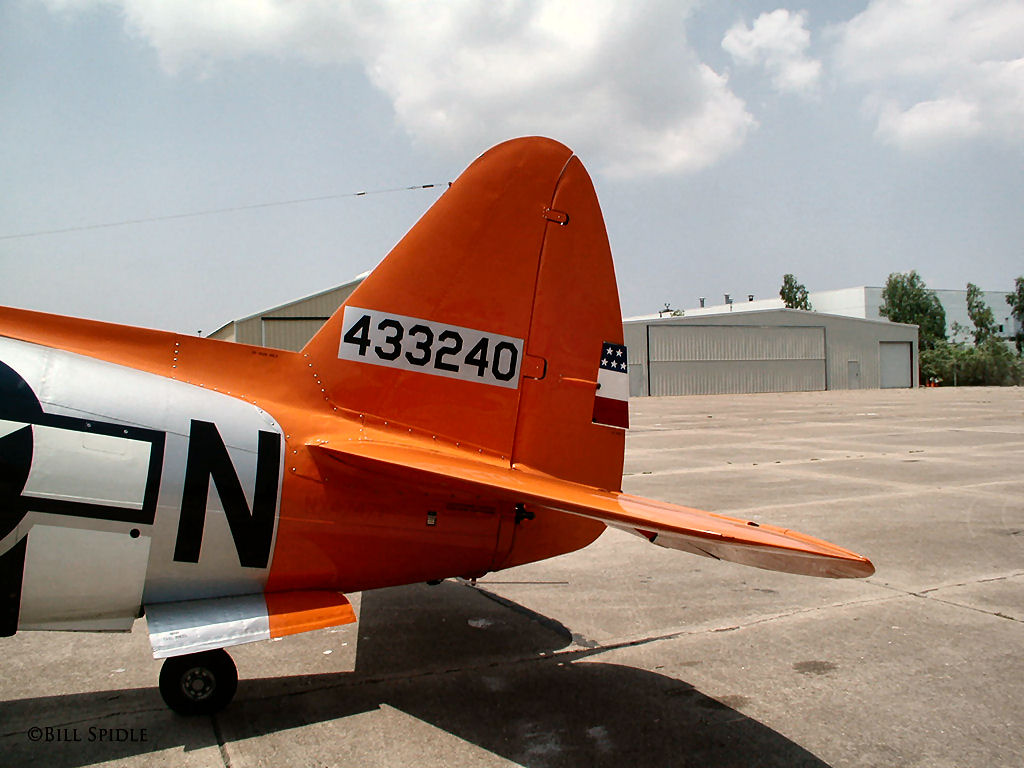 Hello TSF.
Watch out for the wing control surfaces. The huge, mid-wings surfaces rotated upwards are elevators: they only rotate downwards and are only used for take-off and landing (this on all airplanes). Anyway, keep it up. I’d like to see a wire shot but your modelling seems solid.

The huge, mid-wings surfaces rotated upwards are elevators: they only rotate downwards and are only used for take-off and landing (this on all airplanes).

[Nitpick] They’re landing flaps. The elevator is on the horizontal tail section. But you are right, the landing flaps only go downward.

@steve s and robert banks: about the elongated cowl and the metal being distorted, i think what robert meant was that on the left side of the metal, something seems to be “pinched”, maybe a vert accidentaly got merged?

OK. I fixed some things and I’ll render it tonight, but I still don’t know what is causing this pinched thing: 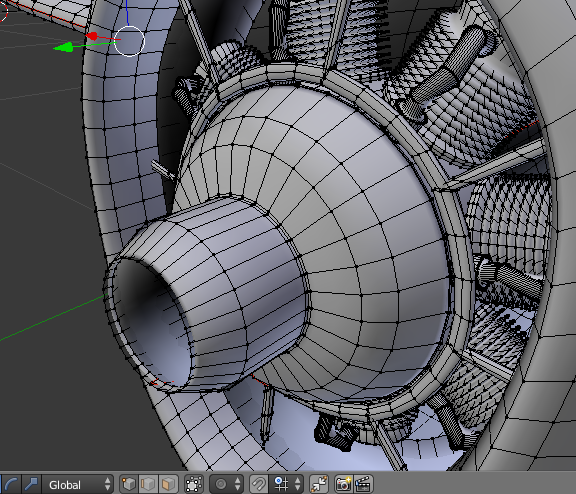 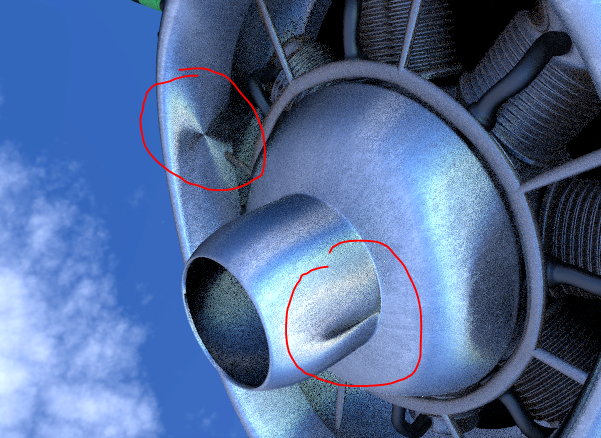 I fixed it by adding object info node as shown: 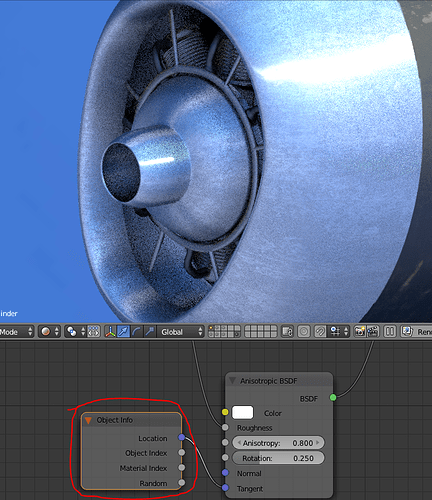 OK.Rendered.
Is it any better? Any new mistakes? 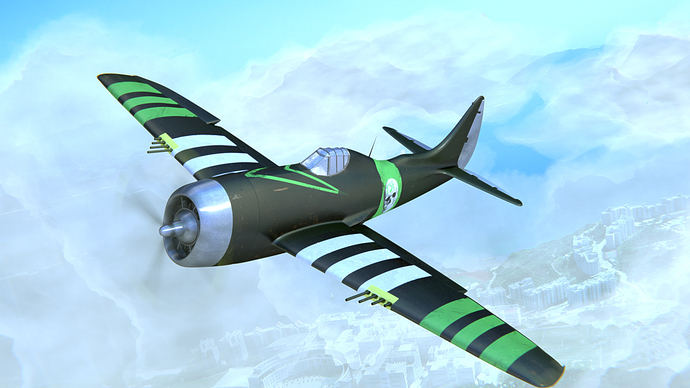 It’s shown in a left turn, the ailerons (flaps on the wings) are set to a right turn, just a technical observation.