This is a project I started some times ago, one more long time “work in progress” that I decided to punctuate with an endpoint.

After making some cleaning in my now very old painting material, I remembered some very great inspirational moments before I switched to CG. I had the idea to place a painting desk in the middle of the loft.

Everything was modeled with Blender and rendered with Octane.
I mainly used the DL 4 mode for the HDR image, DL 3 mode for the sun one and as usual I mixed them to get a more natural result.

Edit :
The cuda textures limit (64 rgb and 32 bw) was a big deal, I had to reuse the same textures as often as possible without having the feeling they appear all the way. I also had to manage the view to exclude not visible objects.

I usually use Marvelous Designer for the clothes, the carpet on the third image is made with it, the other one is made using Blender particles and Octanes instances.

I mainly used postpro to mix HDR and Sun light renderings and to fix some lighting and contrast.

Why not Cycles ? Well from time to time I play around with it and I must admit it’s great and greater at each new version, but I’m very confortable with Octane and it’s faster as long as I don’t need to use Blender specific features and animation. I wouldn’t make any quality comparison, each one has it’s pros and cons.

There are a lot of images, so here are some of them, you may find the complete set here : http://enricocerica.myline.be/index.php/category/38-painter-loft. 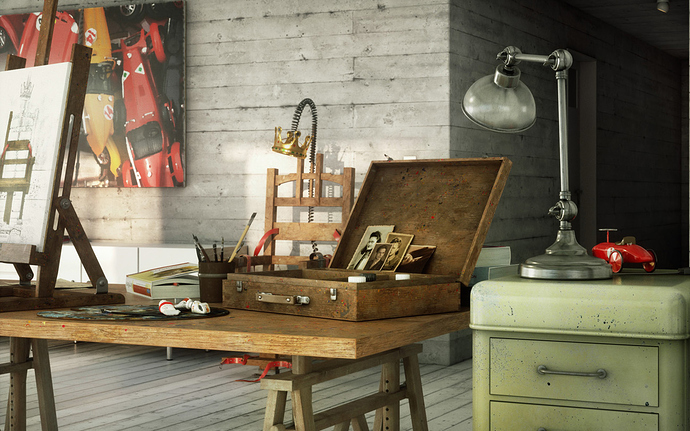 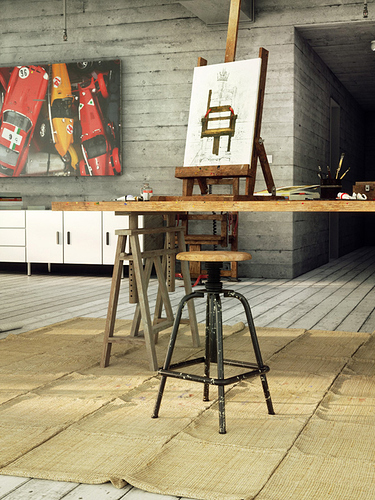 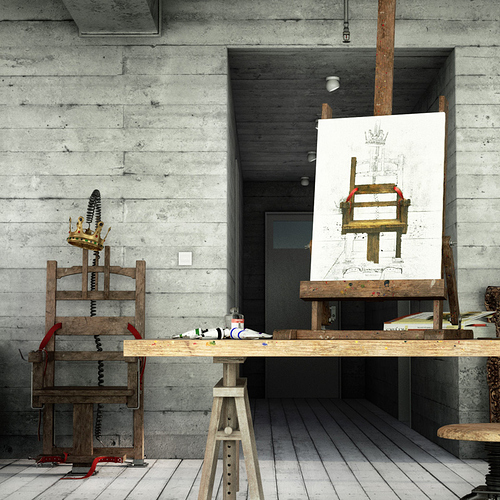 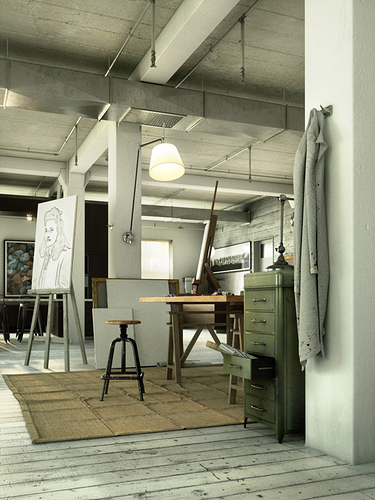 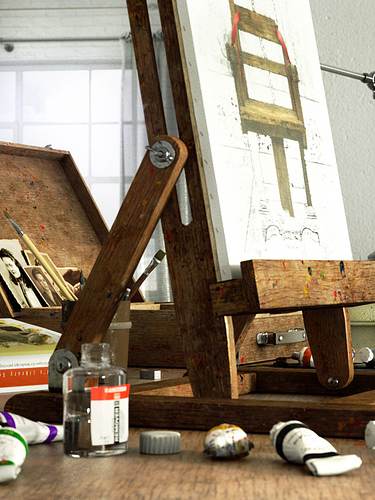 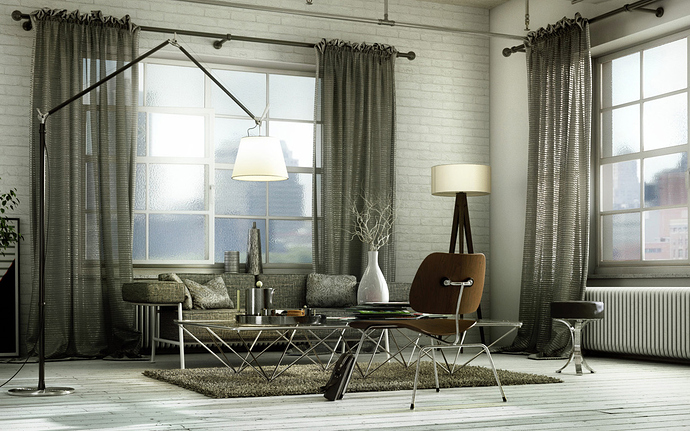 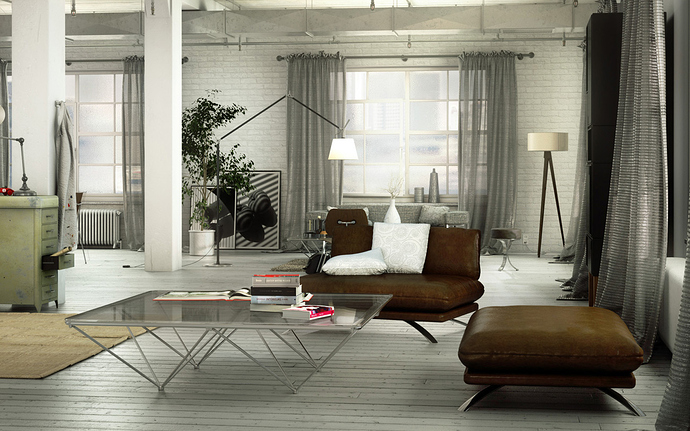 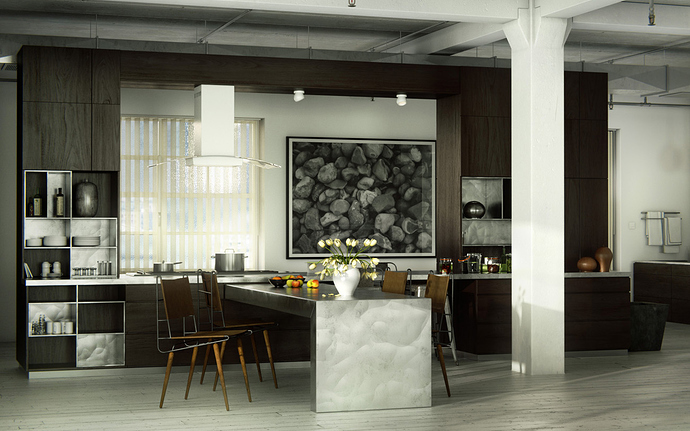 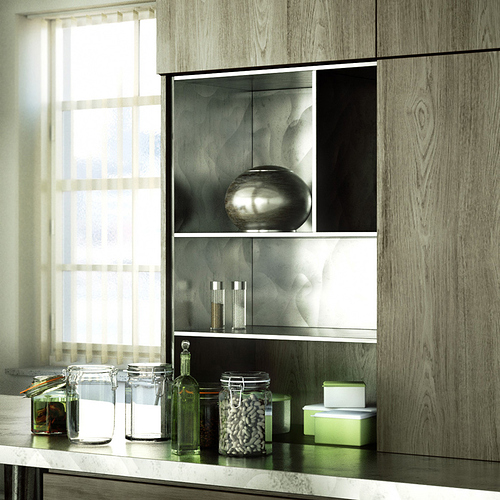 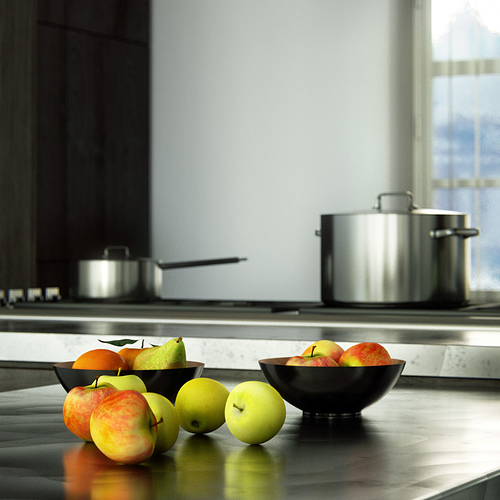 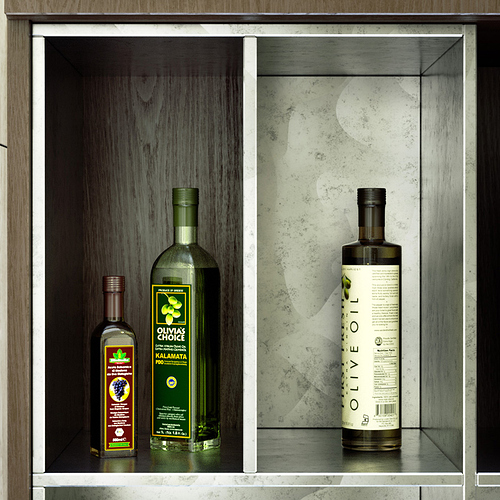 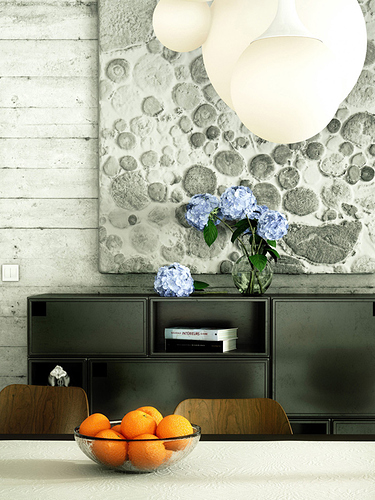 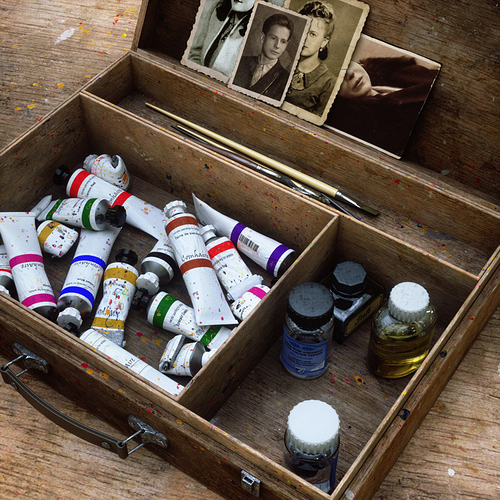 The attention to detail and the photorealism is nothing short of spectacular, was the CUDA texture limit an issue at all with these images (because it looks like there was quite a lot of textures used)?

I also like all of the little touches made in the scene, like the paint splatters in the artist area and the fact that whoever lived there wanted to collect an electric chair for some reason.

I don’t think there’s any nitpicking to be done here, as it seems like anything that could be done with the scene has been done.

Incredible renders,I have nothing to say,straight to the gallery,all of them. I especially like how the small colorful stains make it more alive. Can I ask how you modeled the carpet on the second image?

The texturing and materials are just unbelievable… Teach me please! :eek:

Phenomenal job, nothing else to say really.

Wow!!! Some of the best texturing I’ve seen!

BTW among others, kalamata olive oil LOL, another good choice…

These are phenomenal! There is so much detail in these scenes

Such a wonderful job on this project, I can’t imagine the time you put into it, but it sure was worth it.

Wow, that must have taken forever.

this is just awesome

This is some truly fantastic work.
I have not the words to describe …

As all above who commented, those are incredible images you did there. I might buy Octane in a near future so your work is really inspiring. Apart from what you said, did you do a lot of post work on them to get such clear pictures or does Octane really do most of the job?

wow, this is really impressing !

more awesome stuff! I don’t even want to look for anything wrong. Probably wouldn’t find anything anyway…
gets my stars.

Incredible work! Especially for the ammount of modeling and texturing!

But, why Octane and not Cycles, now that it works very good? What do you prefer in Octane? What are its good points?

Some crits? OK, LOL, the apples are a little waxy. I really don’t care much. Amazing renders. Amazing composition.