I have decided to start a new thread for my wip as the last time I updated was May '06 and I forgot that I cannot change the title on the thread. So, my old WIP thread is here (for background on the WIP and other models) and the latest updates are below and in the next post.

I will be posting all future updates in this thread.
Happy Blending! 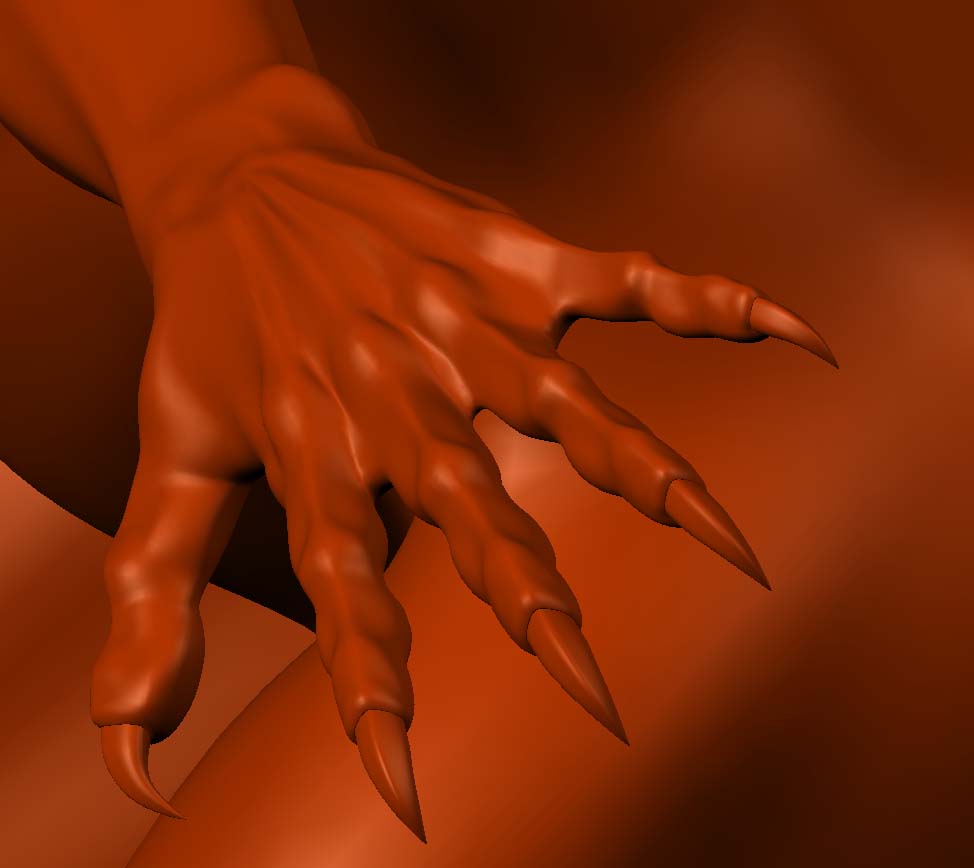 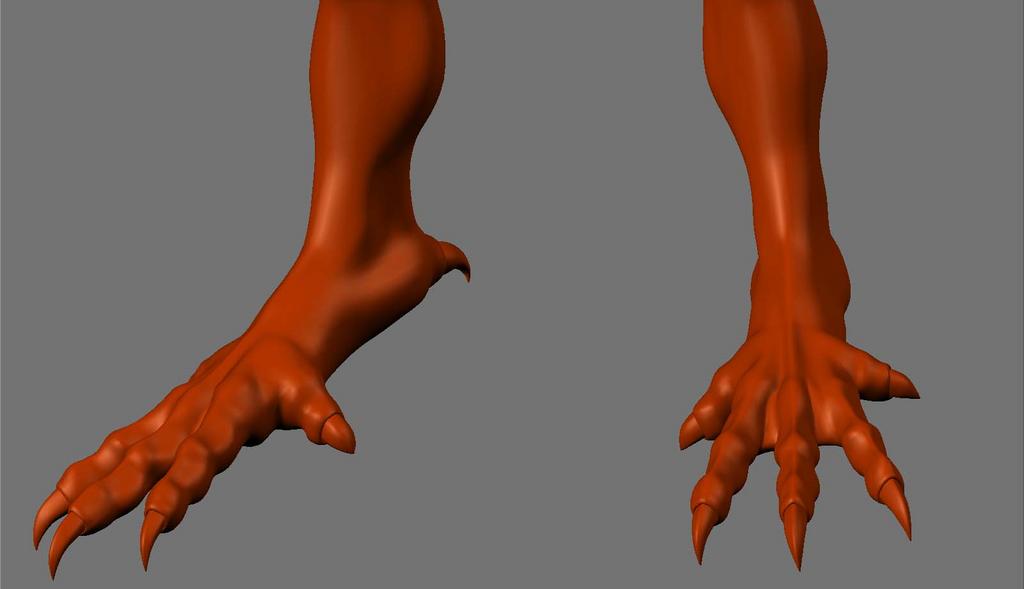 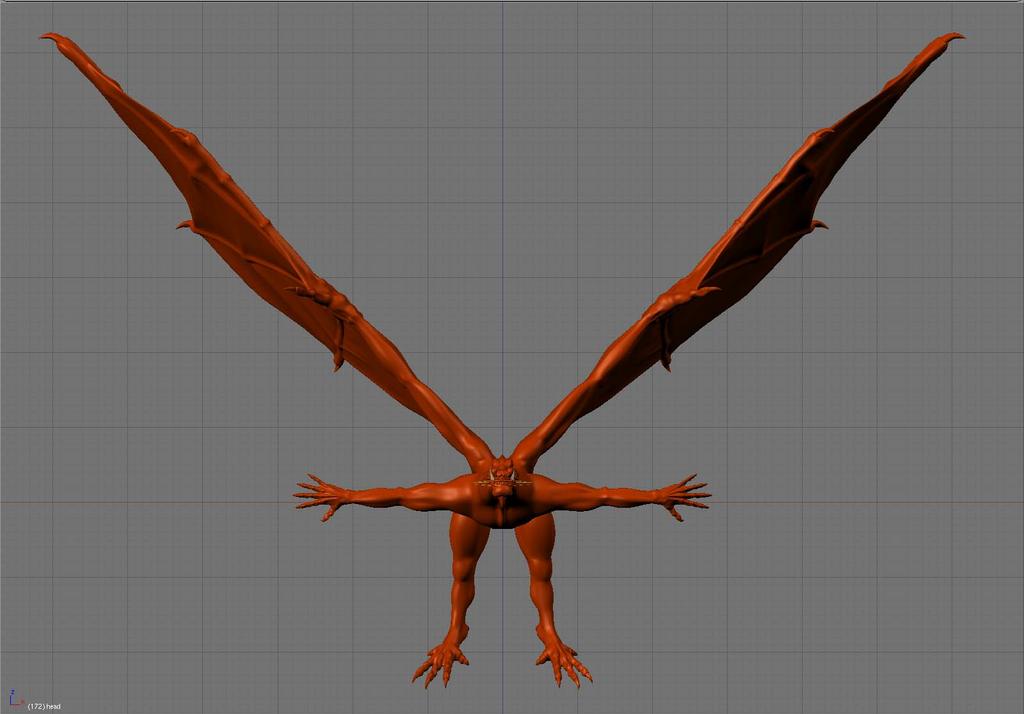 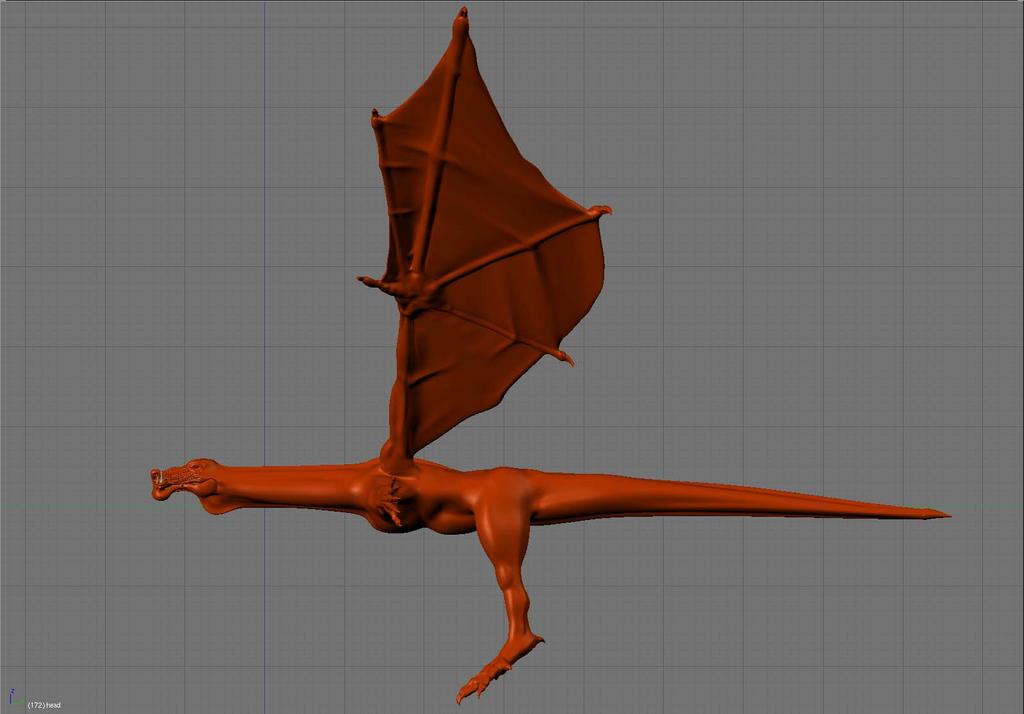 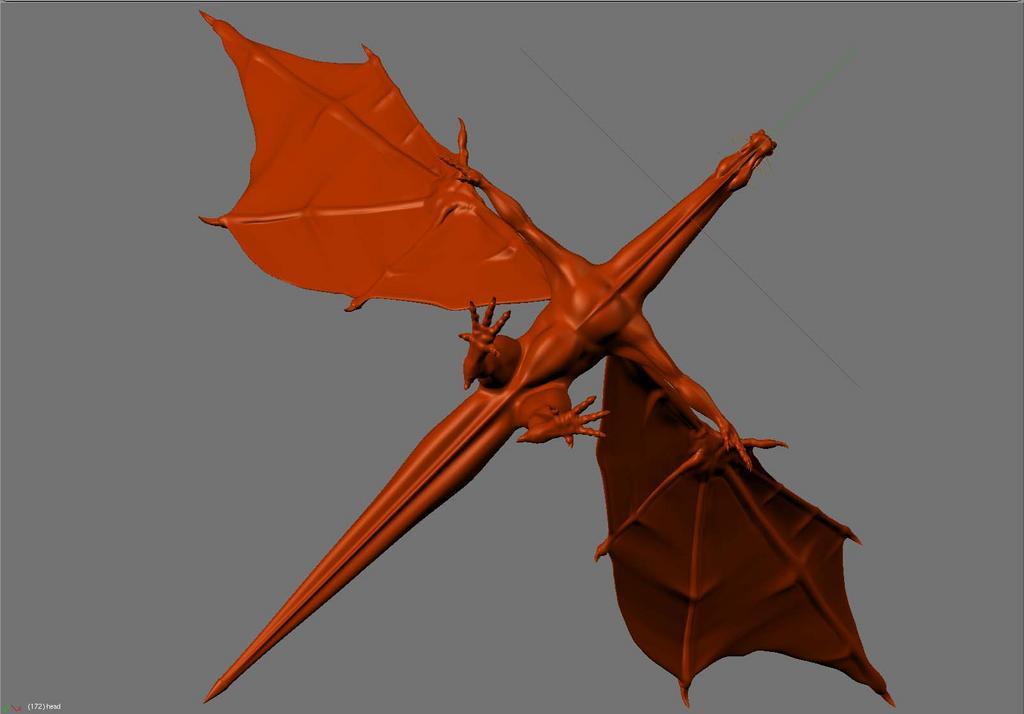 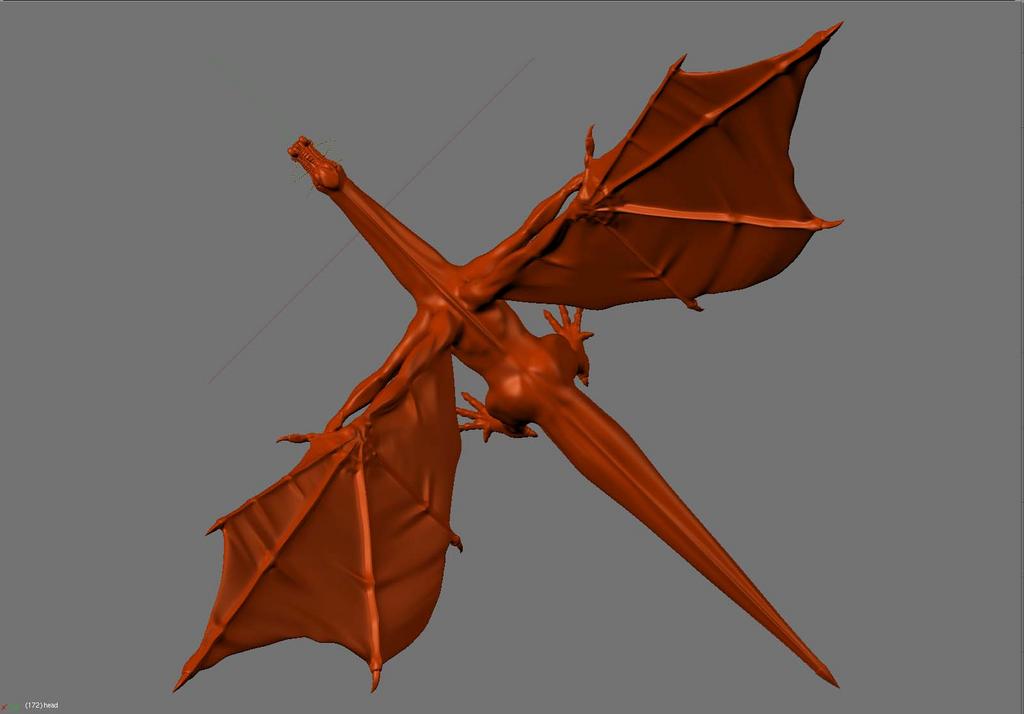 Last two pics.
Thanks for looking and happy Blending! 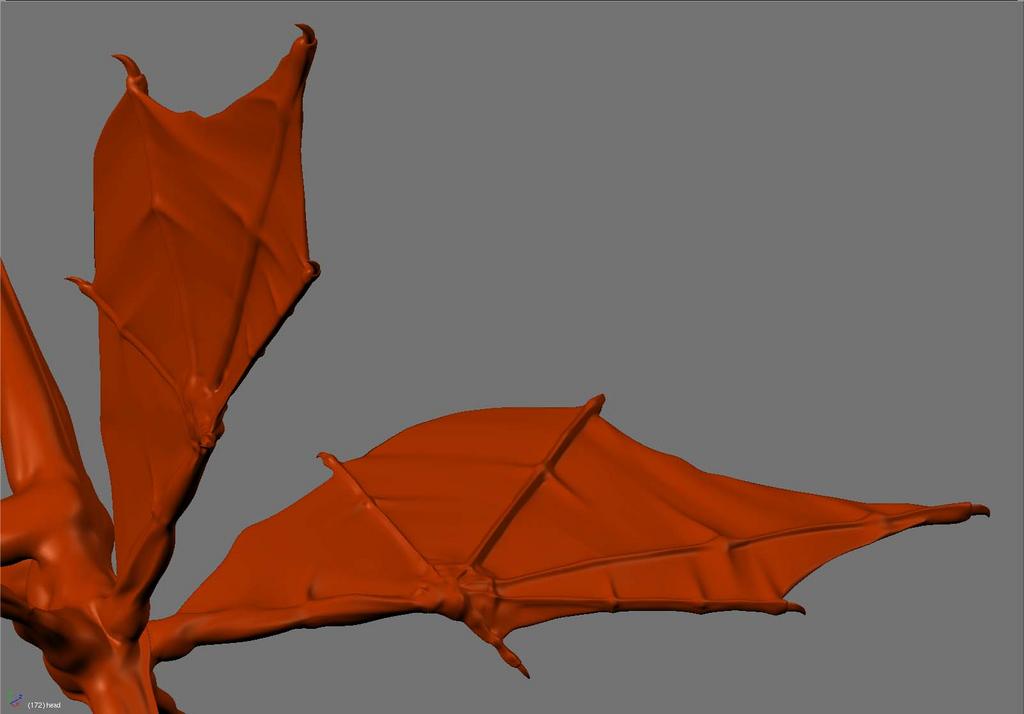 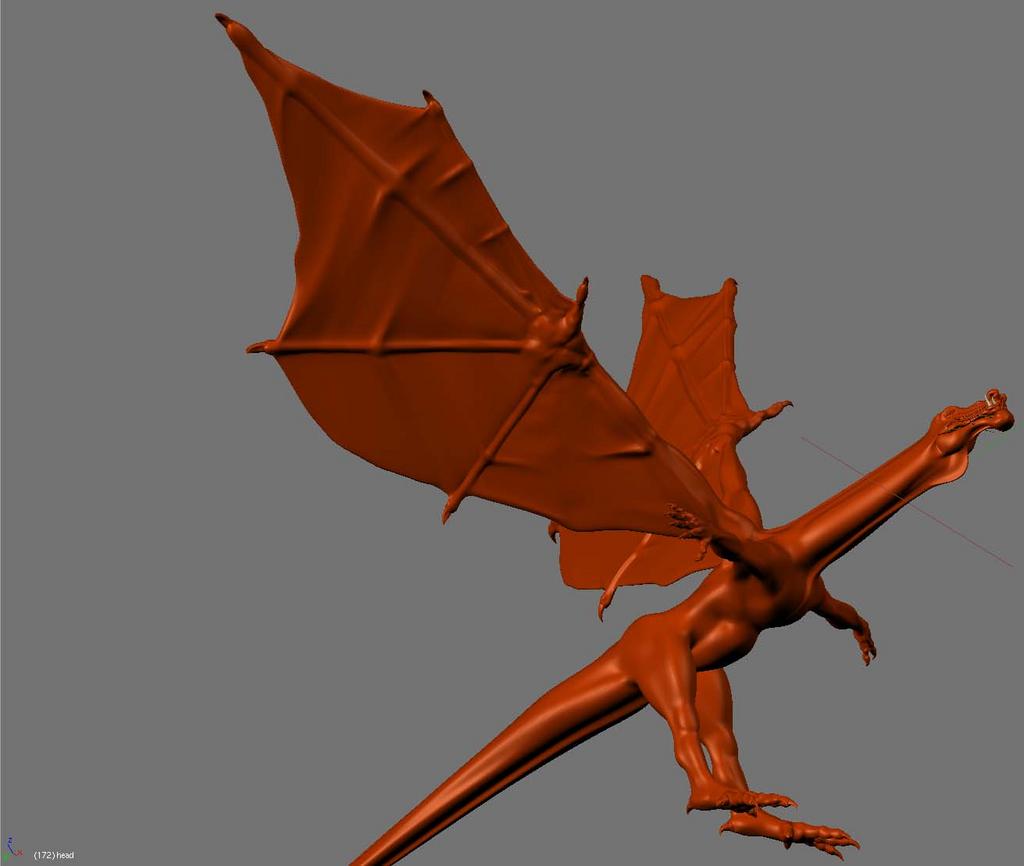 this is a crazy model mayn!!! Maybe when your finished do some last touches with the sculpt mode build…then it would look awesome…just wondering…what kinda seen do you plan to put this in??:rolleyes:
edit: oh the neck is too straight an weird…

So far so good but something is strange with the trunk. From the side nearly anything from snout to tail has the same thickness which is strange. Chest arae tends to be thicker ( as it hosts muscles, ribs, heart, lungs, all that sort of stuff ) than the legs area for example. Also the neck tends to be thicker on the trunk than the head ( reducing mass towards further away points to balance things out ). For this particular pose a raptor image would give good pointers.

Not sure about some parts of the body, but can’t really tell till its in a natural pose. How long till a test rig?

I’ve done a small update. The lines show the contour of the main part of the body and the circled area I tweaked because it needed it.

In case anyone out there is wondering… the really strange position of the legs, arms, and neck is to hopefully be more friendly to rig.
I plan to deform the neck, tail, etc. using rigging so that I can pose the model as I like.

Trak Wrecka:
Thanks for the encouragement, and thanks for the crit. I don’t have the sculpt mode CVS, so I’ll have to wait for 2.43. Hopefully my computer will be able to handle it with this model.
As far as the planned scene, I still need to draw out what I’m looking for. I do want to do a pretty classic “dragon vs. armored knight” scenario. I don’t have the exact composition for the scene yet just ideas.

Odjin:
Thanks for the crits. I took your advice on the neck and made it taper more from torso to head. I included a pic that hopefully shows what I’m looking at in the torso tapering, etc. I could shrink the stomach to give the visual of more taper, but it doesn’t look as good, imo.

Panzi:
Thanks! I know the hands look pretty human, I might tweak them later to make them less so.

AniCator: Very cool. :0) Always a pleasure, but don’t hold your breath for the next update! :0)

Shamem:
I’m not sure how long it will take to do a test rig. The only rigging I’ve ever done was on the ginger bread man tutorial way back when. I’m thinking this one is going to be a bit more complicated!

I will probably rig my human model first to get some experience, then move to the dragon for rigging.

A question:
What order should the work flow of a model be? Textures/materials, then rigging, the other way around, or does it matter?

Another small update.
I decided to go back and look at the stomach area. Retopo-ed the stomach and lower-chest area.
This may be closer to what Odjin was describing.
Not sure which I like better.

edit:
After llooking at both for a few minutes, I think I like the slim version better, thanks Odjin, for the observation! 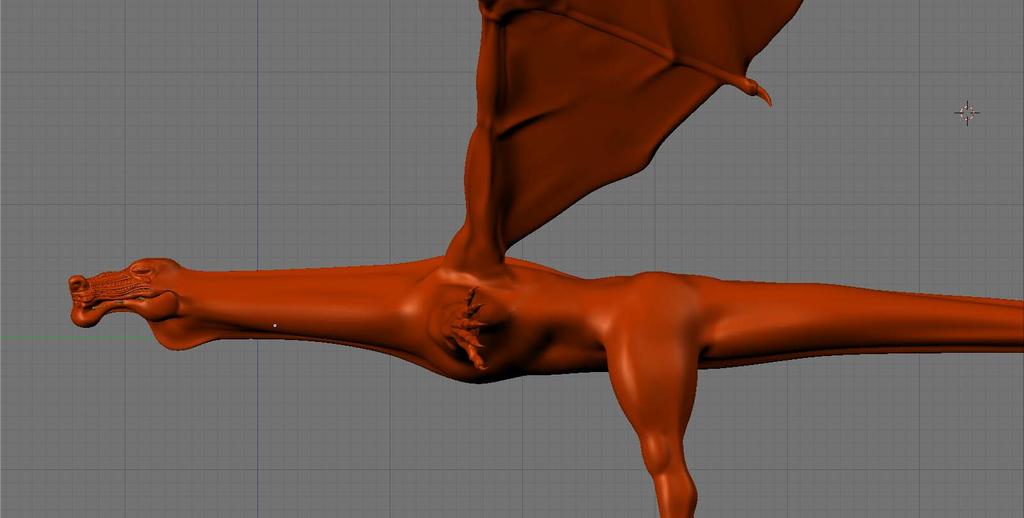 Gets better although still something is looking odd. You said you made the pose like this for better rigging. Now From my experience this is not a good reference-pose for rigging. Depends though on what sort of “movement” you want to do. Hence what are the extreme angles. The reference pose should be in the middle ( hence for example if you can bend something between 0° and 90° the reference pose should be 45° ).

Having a second look at it I notice what is looking odd. Although again this depends on what “pose” you intend. Judging from this image I assume it’s supposed to have four legged locomotion. For this though the torso is too short. This results in the stomach line to go up very steep. four legged animals tend to have a longer torso than a two legged animal.