Hello guys! fellow developers and artists! we are currently building a Main team that can give 2 - 3 times a week of their valuable times to collaborate, sharing, develop, and work on our first Project and bring everything up to speed.

A little bit about the project.
Paleo (Working Title) is a Single Player Survival Game targeted for Desktop and Mobile Platform developed using Unity 3D Engine. The presentation of the game will be visually minimalized by using Low Polygon Models and Environments. The presentation colors and ambiance used will be bright and cartoony, to make it easier for us to reach out target End-User.

Our hero lived a simple live along with his tribe, but when he returned from hunting, everyone was gone and only the burning ruins of his once called home are left, Now he must find the esponsables of this, in an unforgiving land, habitated by towering beasts which has fall into chaos due to imaginable events.

The setting will be in a land way before civilization (the content will be far from real life timeline
accuracy), where people still have to work hard and do anything in any means necessary in order to survive and stay alive. Although it’s not always dark and gritty, the land is harsh, it’s a dog eat dog era, the thundering roar and the danger of being stepped on by a T-Rex or mangled by a wild giant prehistoric boar. You have to salvage foods, scavenge an egg nest, chop woods, build a shelter, fire, and many more! Just for one goal: Survive and find your family!
Some Concept Screenies 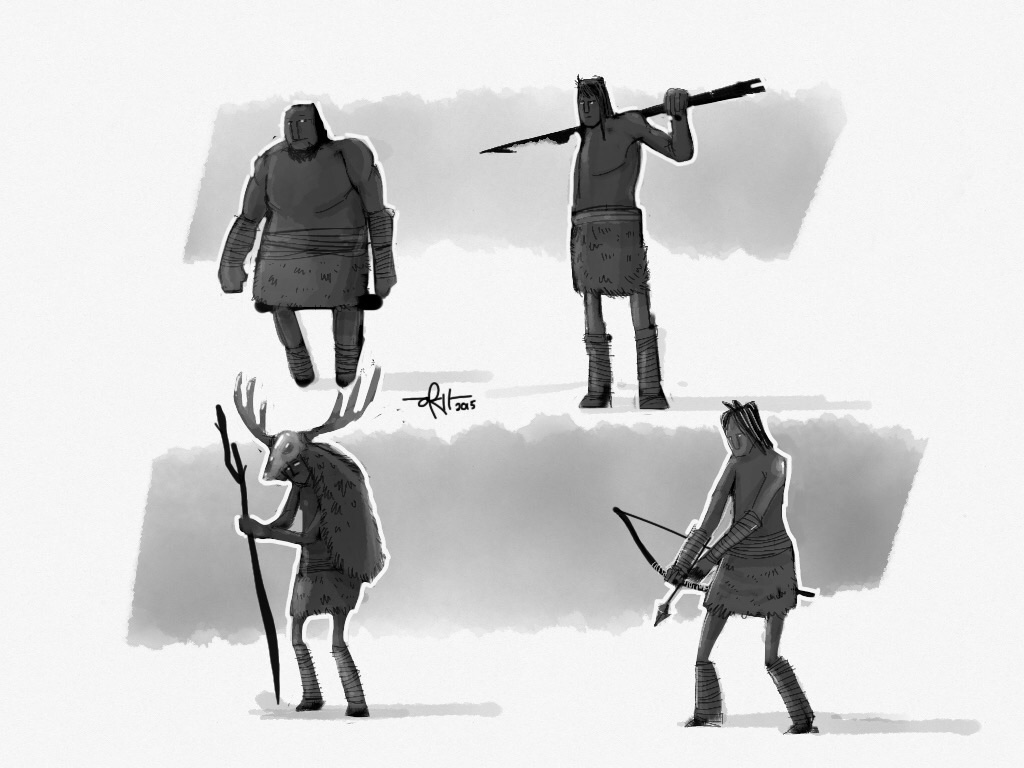 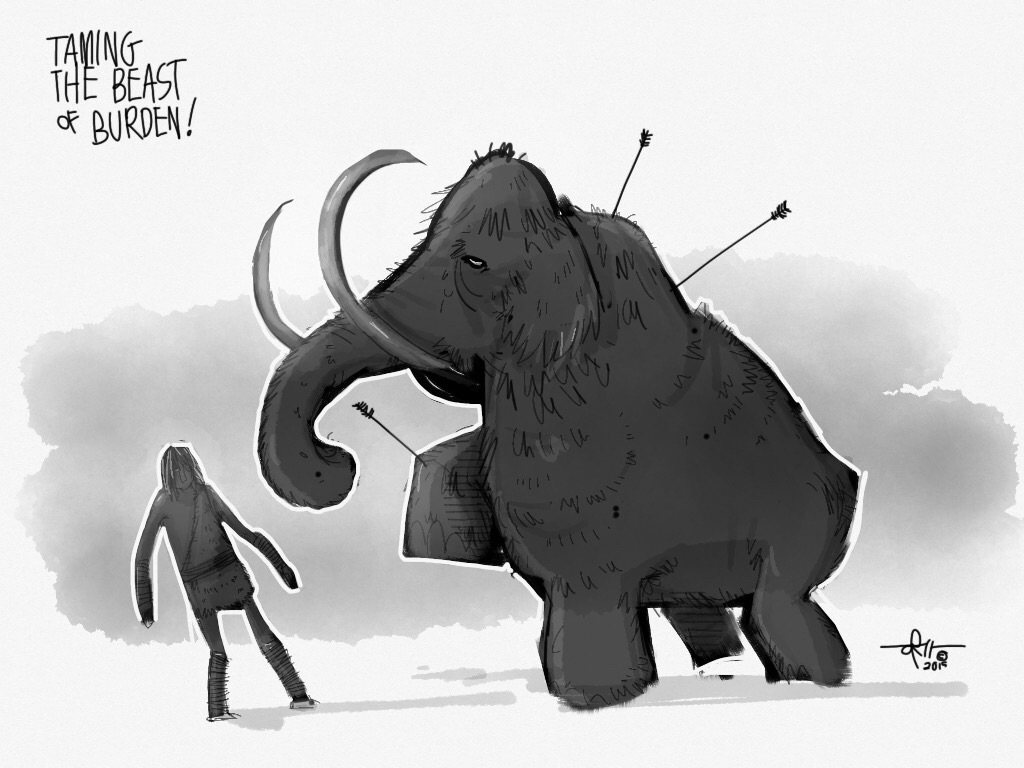 
For now, the game will be playable to single player only, and the first game will be tailored to get the
players familiar with our UI and Gameplay, future updates will include a dynamic multiplayer component

The Platform
Paleo (working title) will be packed and published for Windows, OSX, and later iOS & Android

The Distribution
Paleo (working title) will be distributed in areas. Where every area will represent totally different
zones and game scenarios for the players to explore.

There will be, for examples, prehistoric ages, ice ages, desert ages, and many other ages. And
all of these different chapters will be available in the future as a standalone package or a DLC / Updates.

The Funding & Publishing Method
We will start a Kickstarter Project after we can produce a working title or an early alpha to help us get funded in our development expenses, licenses, etc. Then later on we are going to try publish manually to many popular Online Game Publisher services like Steam GreenLight and such.

The End-User Target
Planned to be playable by people ages: 14-25

Partnership / Sharing Opportunity
Do you think that you can help us develop this game with our team? Our newly created team are in
need of a talented and dedicated :

or any other specialty! you’re always welcome if you think you’re up to it. Doesn’t need to be seasoned professionals, anyone within any levels are welcome to try.

Note :
This will be an unpaid project, at least until we can create some revenues from purchases, and then the profits will be shared evenly between all team members.

Thanks for your attention, and we bid you a great day!

bump to get more views