Particle object group being is not rendering for me

Hello
I am struggling with rendering a scene containing 3 balloons that are multipled by particle render objects. I have baked the scene and when I render the scene in BI, nothing appears. When I do it in Cycles, I get smudges where the ballons are. I can’t see what I am doing wrong, I have attached the blender fiie. Any help woud be most welcome. 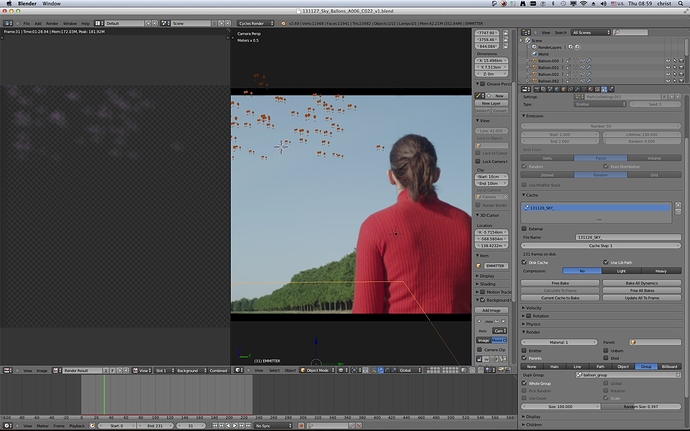 I thought that the materials were not good for BI but when I render the layer that has the group of balloons, BI works fine. It is just I render using them as particle objects that I don’t get anything.

The file is a mess.
Baking is not included in the file, nor is the video (which you can’t pack). Have to disable disk caches but doing so doesn’t make it clear what you are trying to do. Everything is out of scale even though you’re working with distances of hundred meters or a couple of kilometers max. Viewport clipping distance is maxed out.
Emitter object is 15 kilometers long and over 7 kilometers wide because the scale is so big (and unapplied). I doubt you want to emit balloons from so large area. The actual emitter dimensions are 2x2x2 meters (plane primitive). Camera has a scale of 0x0x0 so that one can’t see it in the viewport (doesn’t affect rendering).
Balloons have one location keyframe and rigid body physics. No idea why.
Cycles materials are not compatible with Blender internal render. That is probably why you don’t see anything when switching to BI. Would have to include a node tree for BI alongside with Cycles material nodes, or use another scene.
It’s not clear what is going on with render layers. You have two of them but they don’t separate anything since they are the same.

You can apply object scale with Ctrl+A -> scale so that the scale is transferred to actual dimensions and are what you see in the viewport. Alt+S to clear the scale (alt+G to clear location, Alt+R to clear rotation).
Rigid body tools are on the tool shelf (T) but if you want to use hotkeys, Ctrl+R to add active RB, Ctrl+shift+R to add passive RB, Ctrl+alt+R to remove RB physics.

To render with BI, I would probably make a copy of the scene (top header), remove Cycles materials and add materials for BI. But it’s possible to have both in one object http://www.pasteall.org/pic/show.php?id=57064
That way Blender chooses node tree depending on which render engine is active.

Thank you for reply, i havé done all that you suggestif, in particular for thé matérialisme, but i Still don’t get à Render in BI. If I render just the balloons layer, all is well. It is that the balloons as particle objects that does not work. Do you have another ideas?

Camera has focus point set to 1m. Took that out. Particle scale was set to 100 so the emitted balloons were massive.
I also made another scene as suggested and gave everything a BI material, made the particle system a single user and pointed it to use the copied group. 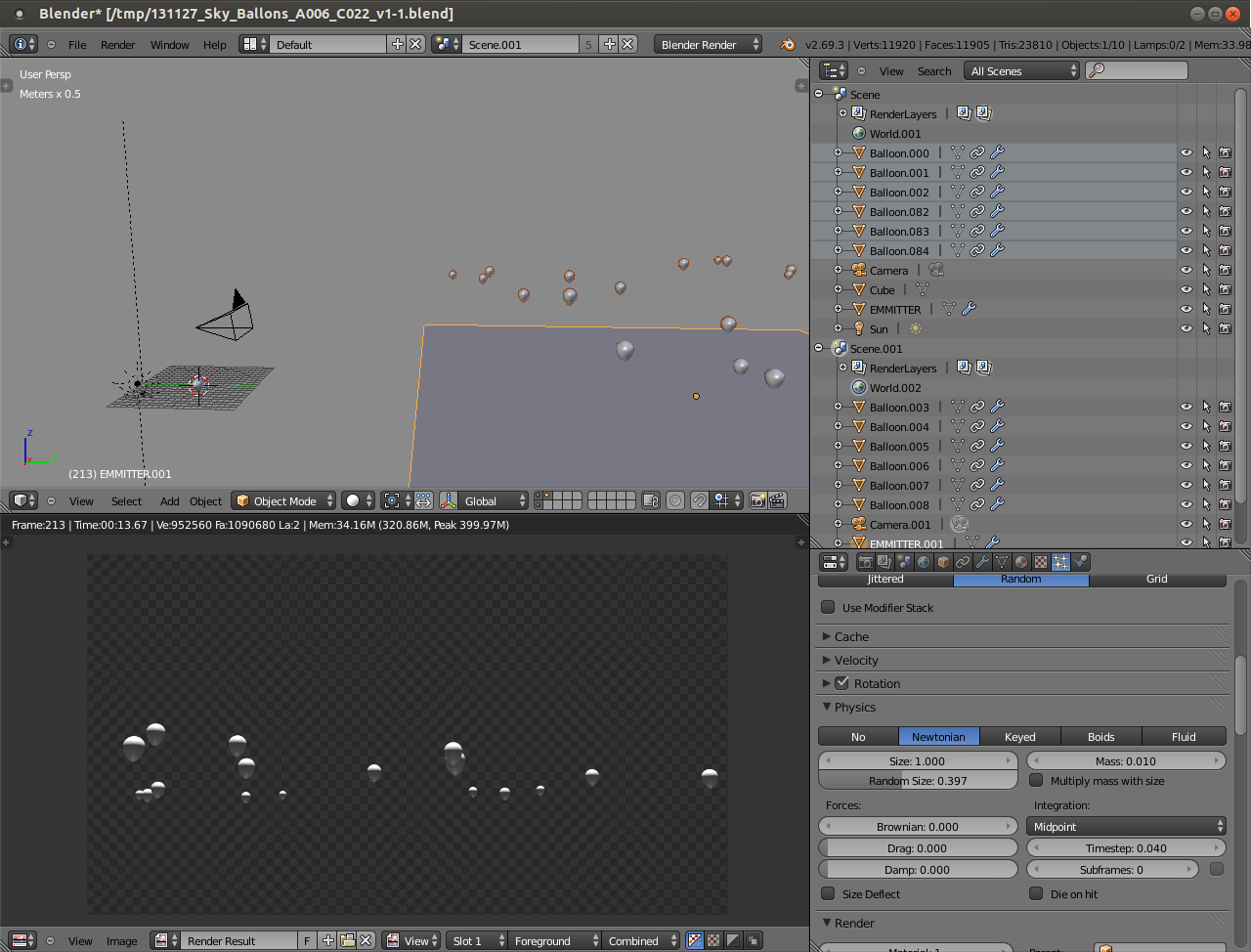