Particles appearing away from emitter

I have an emitter that is generating objects as particles. I’m using cycle render. When it was generating particles as halos, the particles were dropping nicely from the emitter plane. When I switch it to objects, it goes wonky. I don’t have screenshots of prior attempts, but in the current attempt, the particles are forming above the plane where they should be emitting.

Following is a screenshot - the emitter is at the base of the object, but the particles are coming from a point or plane (it’s hard to tell) above the plane within the object. 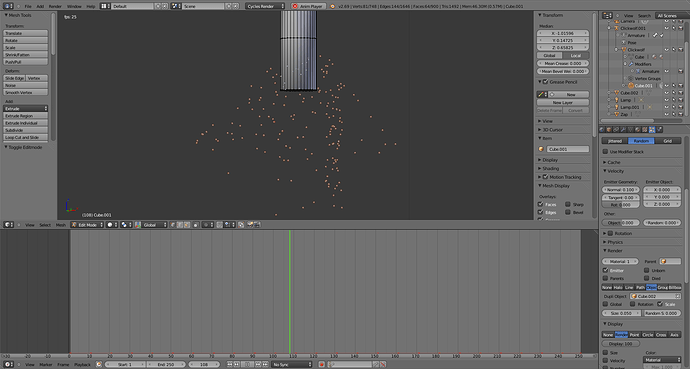 Please forgive me for being a novice at this, but what additional information do I need to provide to allow anyone who knows what they’re doing to help me?