Hi
I have generated a particle system, influenced by a vortex and a magnetic field. I have first rendered the particles animation as PATH and converted the result at the last frame into a mesh. Then I have rendered the same animation as HALO (and OBJECT too) but in the second case the particles are following a trajectory that is different from the previously rendered PATHS. They look similar but they are different. Can ypu tell me how to have a coincident result?

Hi
I accidentally found out that the HALO rendering differs from the PATH rendering because of the VORTEX effect factor. I have first rendered the HALO, then the PATHS and they look different (first screenshot). I then turned down to zero the VORTEX factor in the FIELD WEIGHTS and the 2 renderings coincided (second screenshot). Does anybody know why?! TNX 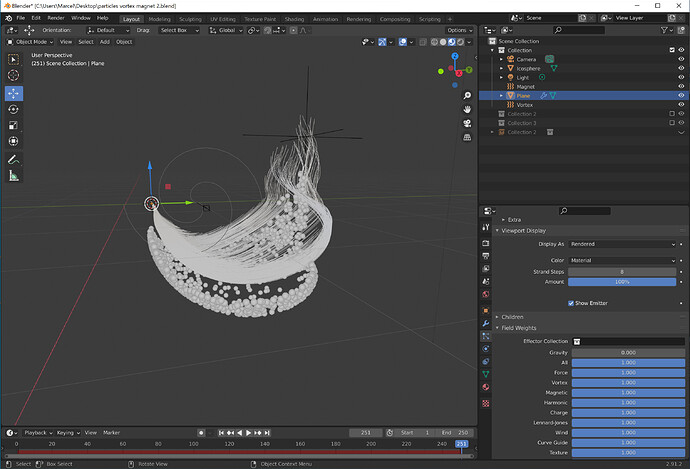 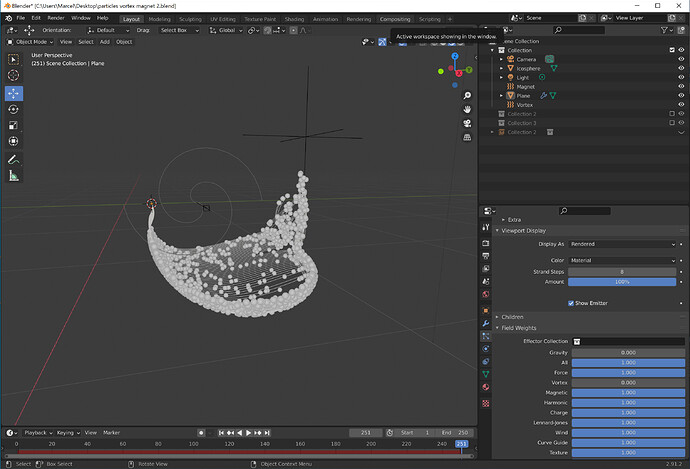