I’ve recently decided to learn how to rig imported models with skeletons to be recognized in Unity for use in VRchat, and the rigging part was a pretty interesting process. The problem now is that I’ve run into what I believe to be a separate issue. Unity wants the Pokemon model I’ve been working on in a T pose, and after forcing it into a T-pose in Unity some parts of the model become detached from it, in the face area in particular. I think it has to do with these parts not being fully attached to the model, as I’m pretty sure I’m able to recreate the issue on Blender: 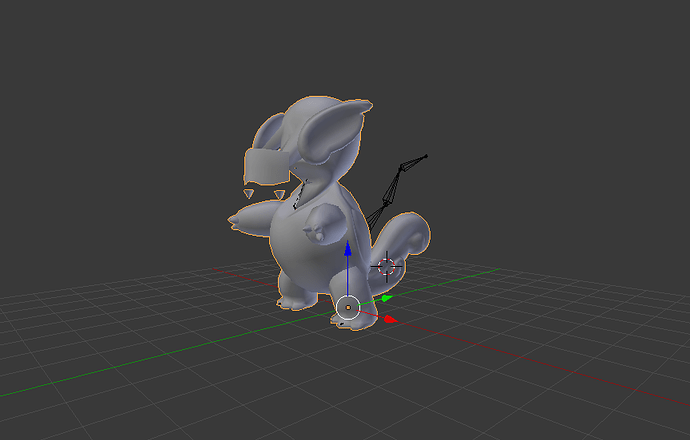 In the first picture, the parts I’m concerned with (the protruding fangs, ears, and something I’m identifying as the faceplate where the eyes would be) appear to be set just right. But in this second picture if I were to move the head, those parts won’t follow along and will just stay where they were as if the head hadn’t moved. This is most notable with the faceplate, as two pointy protrusions stretch from the head to the back of it. This issue carriers over when I’m attempting to animate in Unity, as the model will walk along along with pieces of it’s face stretched in front of it, bobbing along in a strange fashion.
So I suppose my question here is if there’s away I can cement these pieces to the head section so that they’ll follow along should the head be moved, so as to get it into a T pose without any strange… facial complications. I would appreciate any help, and I can put up more info if needed. 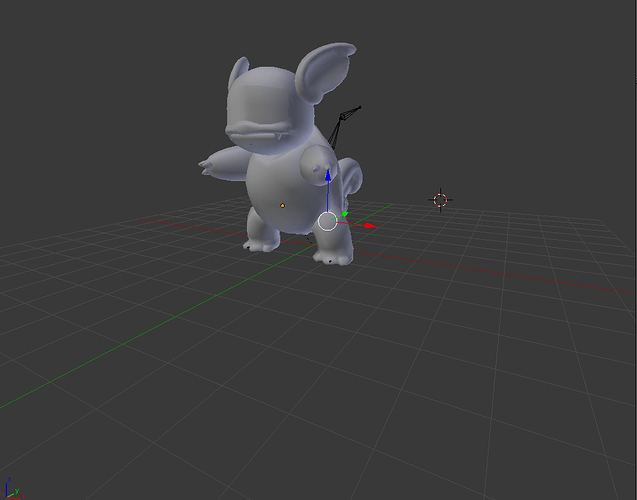 Try Exporting the mdl and put it into a new blender scene.