did you try it with spots light and raytraced ?

Hopefully you will be able to pick it apart for the settings you need. 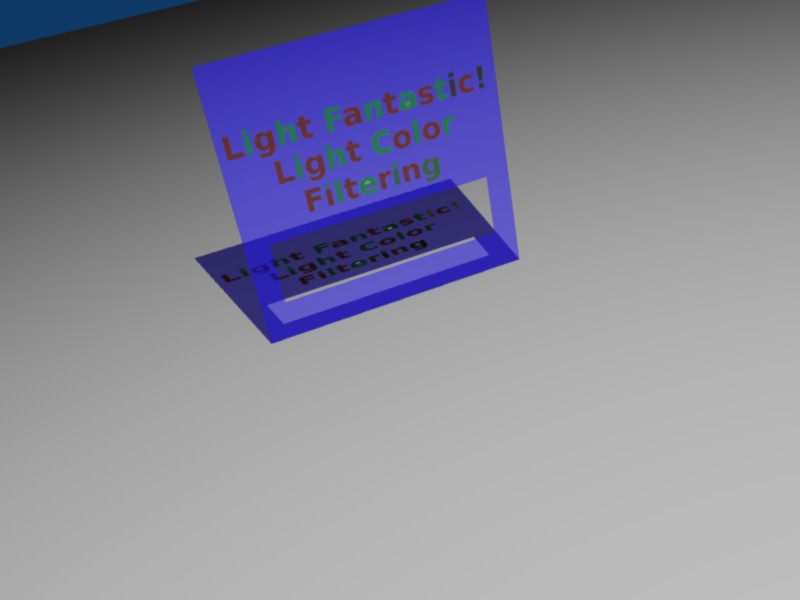 Thanks! I will take a look at it. I ended up trying what I wanted using multiple objects and it sort of works, but I have to use so many lights to get the effect I want that Blender crashes when I try to render. Maybe the texture idea will work better.

Edit…well that was annoying. I typed a response to this once already, but apparently took too long and it kicked me off. Here is what I am trying to do. However, it looks like I don’t have the hardware capacity to make it work. The render below is as large as I am able to do without Blender crashing.

Anyway, I am using buffered shadows so as to make the halo behave the way I want. And it looks like buffered shadows won’t work with a transparent texture. The render above uses individual mesh planes, rather than a texture.

Thanks for the help anyway. I learned something new.