Patate is a header only C++/CUDA library for graphics applications released under the MPL license.

It provides a collection of Computer Graphics techniques that incorporate the latest innovations from INRIA research teams working in the field. It strives for efficiency and ease-of-use by focusing on low-level core operators and key algorithms, organised in modules that each tackle a specific set of issues. The central goal of the library is to drastically reduce the time and efforts required to turn a research paper into a ready-to-use solution, for both commercial and academic purposes.

The library is still in its infancy and we’re actively working on it to bring you the latest of our published research techniques. Modules will be dealing with graphics domains as varied as multi-scale analysis, material appearance, vector graphics, expressive rendering and 2D animation. Okay, right now only multi-scale analysis and vector graphics modules are available, but if everything goes as planned, this sentence should be properly deleted in the upcoming months!
Patate Library is an open-source software developed by Inria

A subdivision surface character (3D model courtesy of Peter Eriksson) is animated and rendered using Modo ray-tracing engine. Three poses are shown in the middle: our screen-space mean curvature (depicted on the top with concave regions in red, convex regions in blue) is used to modulate a basic shading (bottom-left) yielding an exaggerated appearance (bottom-right). The image on the right illustrates another shading modulation based on our offset measurement τ . 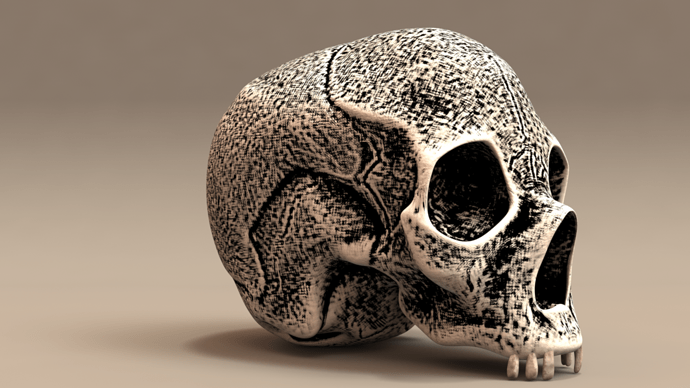 IDK… is it useful?

Totally useful!! I work with Unreal and Unity and baking a cavity map is crucial for today’s common wokflows on generating assets for games. Not to mention to read externally generated maps (i.e. From substance deaigner/painter) as well.
2D graphics, totally a MUST as I also work on motion graphics from time to time and we definelty can connect renders into after effects compositions.
Toon Render?! If this is possible, we need it ASAP! So: TOTALLY WORTH IT ON BLENDER

I guess the first step is to see if the MLT licence is compatible with the GPL.
Maybe if the code is used in modo that mean it won’t be compatible with blender. But I’m not really expert at these licencing issues.

If you’d like to find out, go ahead.
I’m more interested in its usability… tech stuff is what i care.
I think it could easily pass as an addon.
there is a substance bridge & others, but i do prefer an open source even more…

Appreciate your hard work on this - hope it works out.

Someday…
There will also be Grenaille plugins for Gratin…

Gratin is a programmable node-based system tailored to the creation, manipulation and animation of 2D/3D data in real-time time on GPUs. It is free, open source and relies on OpenGL and GLSL to ensure wide OS and GPU compatibility. It offers three levels of programmability (group, generic and plugin nodes) which make it adapted to the needs of experts and non-experts alike.

Also linking, not to forget…