Finally posting one of my works here instead of in my sketchbook. This project was meant to be a fast one. Probably not lasting more than a few days like the usual projects I have done before. Then I found myself pouring a few weeks of work into it until my computer wouldn’t let me add any more.

Anyways, I’m definitely proud of this scene. It’s different that my normal character modeling stuff and I learned how to use some of the addons that blender comes with!

And now for the progress pictures!

The scene started with me just modeling the house itself. I planned a little too big and wanted to make a full on village. I modeled out the basic shapes and had some referenced i was going off of for the look. As you can tell, I pretty much copied the look of the lower-left image’s house.

Once I finished most of the design for the house, I got to work on the scene design. I was going off my head for the concept which didn’t work well for me. I later wasn’t happy with the look of the landscape or the scale and completely scrapped it. I restarted on the scene entirely 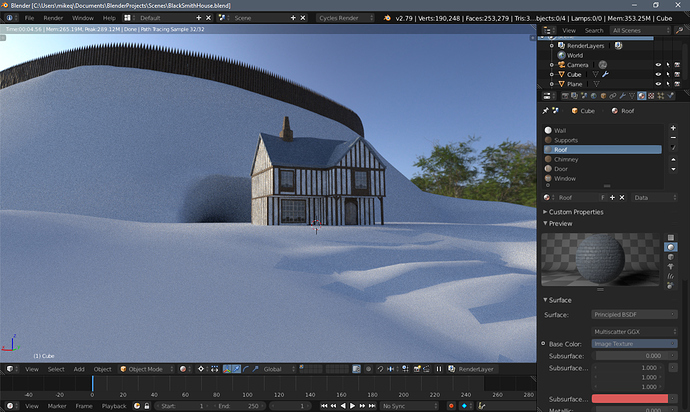 I started out on my 2nd concept for the land which didn’t fare well for me either. After a few hours of working on it, I scrapped that design too.
At this point, I knew i needed to get some kind of reference at least… So i opened up minecraft, found a random spot that would look good for a house, and started building.
This would be used as a reference for the final landscape later on.

So now I started to model out the landscape of the scene. Finally not hating it. So it was about time I worked on the trees. I spent days looking at pre-made assets before stumbling randomly upon a tutorial to make them in blender. After following it and then messing around with this amazing addon that they used in it, I got to work on the trees. 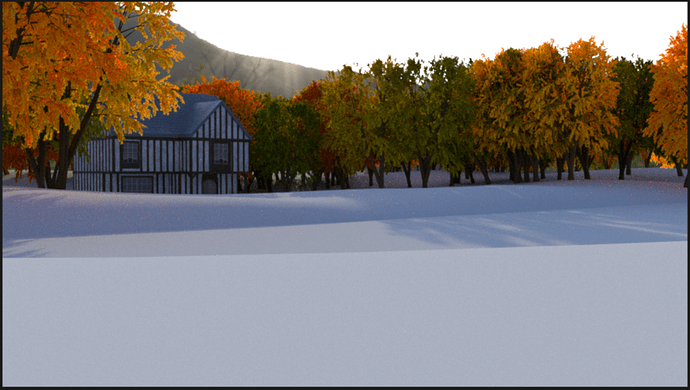 From this point on, the scene was starting to get harder and harder for my GPU to handle. This would fair badly later on for the final render. So I quickly made a simple render and started to work on some compositing. 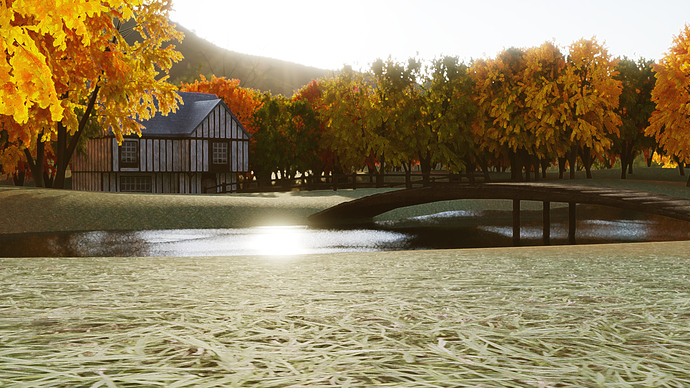 After this point, The scene was pretty much too big for my computer to handle. I had to work on the grass eventually along with some other changes, but again my computer was starting to take this hard. I had to separate the trees into another layer to work on this further.

Many days and no screenshots later, I finally get the final changes done and call it finished. It was time to leave my computer and render it over night. I woke up the next morning and was greeted with this: 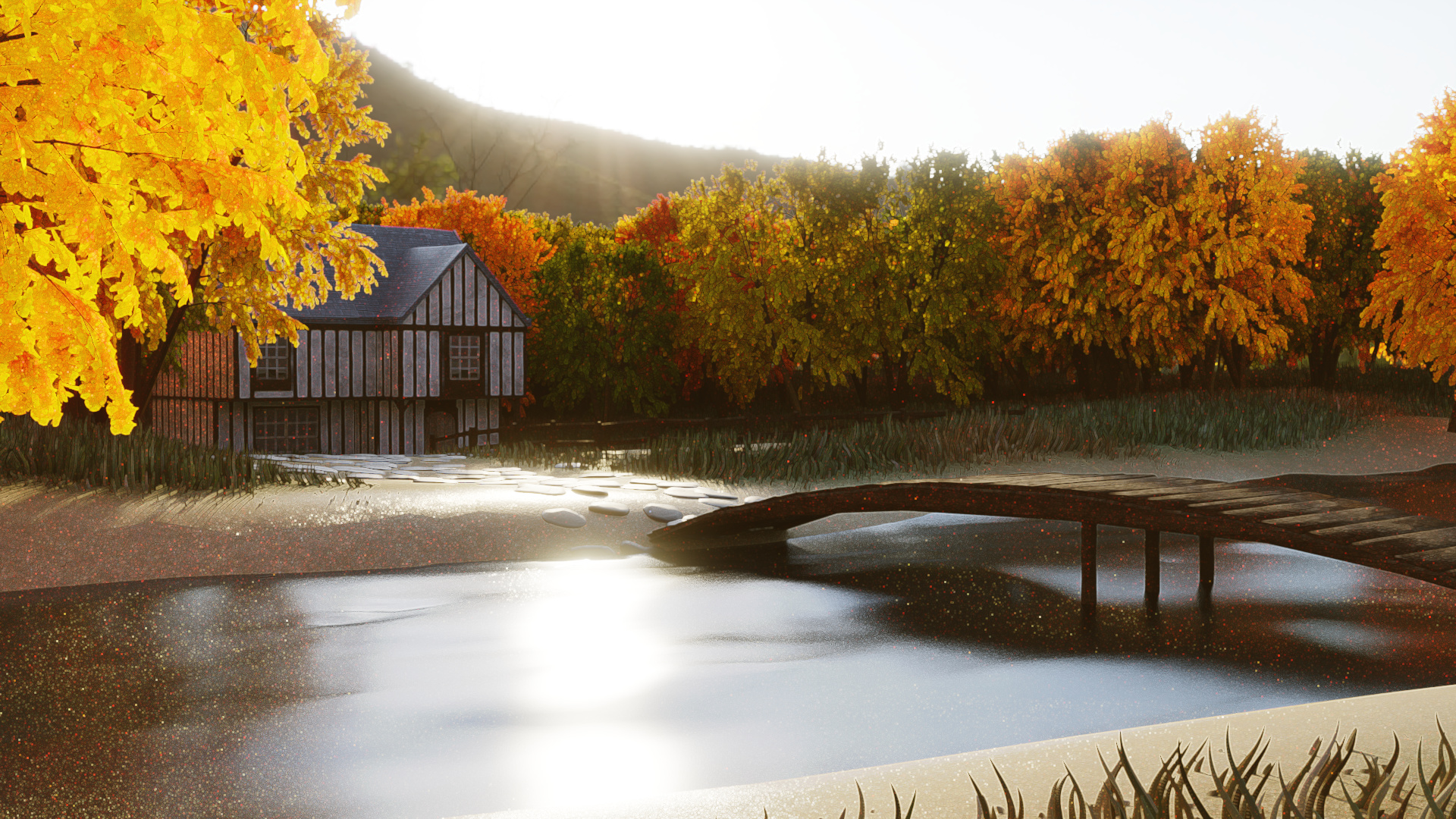 I wish i could work on this more and just keep adding to it, but it’s about time I call it done before my computer dies out completely.
But it was definitely fun while I worked on it. Planning to work on even more like this eventually!