It’s nearly finished but im going to add some more details like the tube that sucks up the perfume, and i think the logo is not centered. Then i shall try to reduce rendering times to get more renders as this first render was a bit over the top in terms of settings.
here is an early render 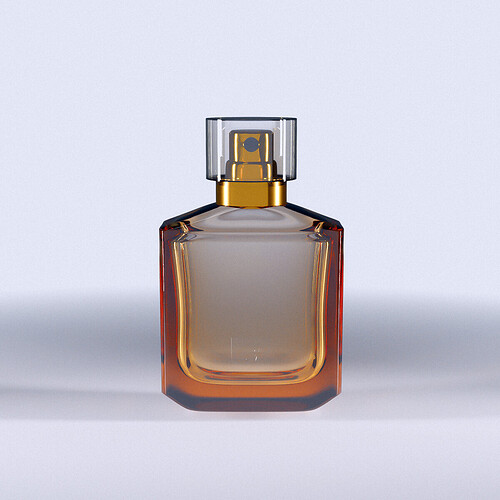 All the glass is volumetric for coloring, it also has liquid inside and air bubbles. 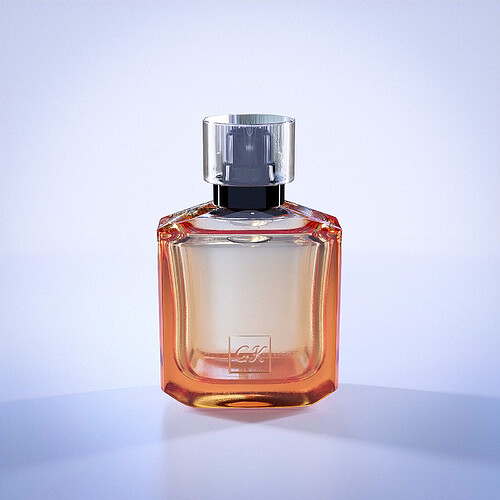 The bottle was made with subdiv modeling and using the crease value to control the sharp edges, then i used the bevel node shader to get even better control without having to add crazy amounts of subdiv.
AGX color transform was used and then color balance node in the compositor along with some other stuff.
For the materials im using the Principled V2 shader, im not sure how complete they are yet but it might be making some difference. 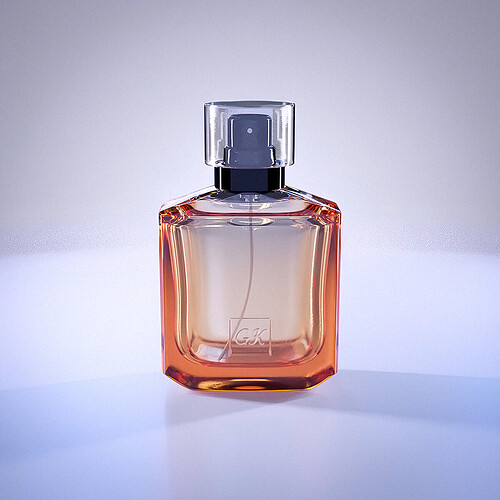 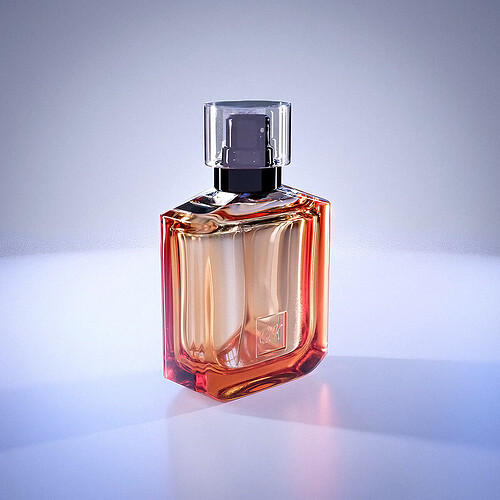 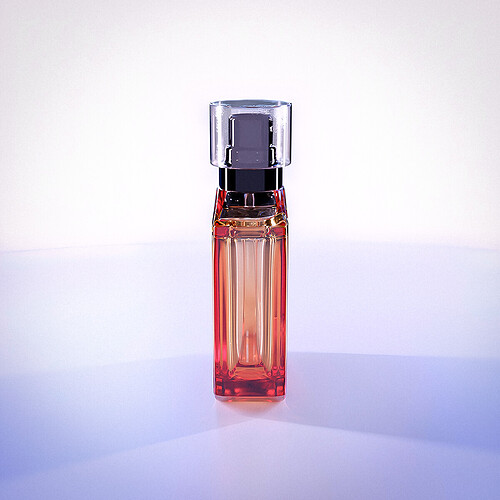 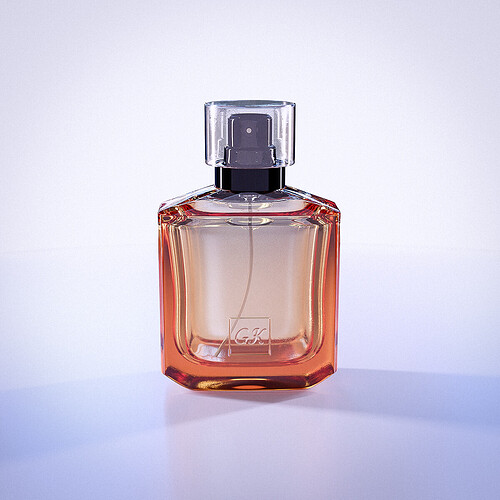 51200×1200 312 KB
Ideally i will come back to this in the new year and hopefully the new principled BSDF will be complete and the path guiding will be on GPU and more complete and combined with MNEE then i shall try it with caustics. 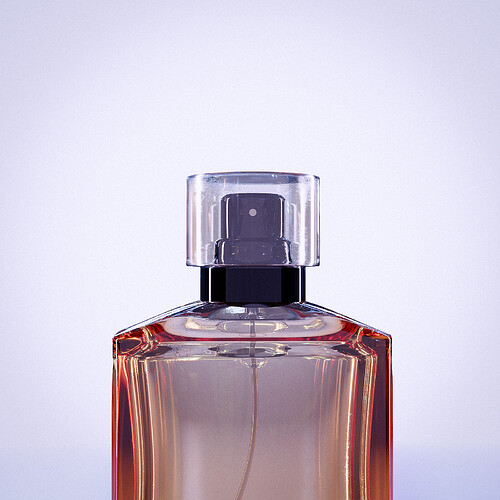 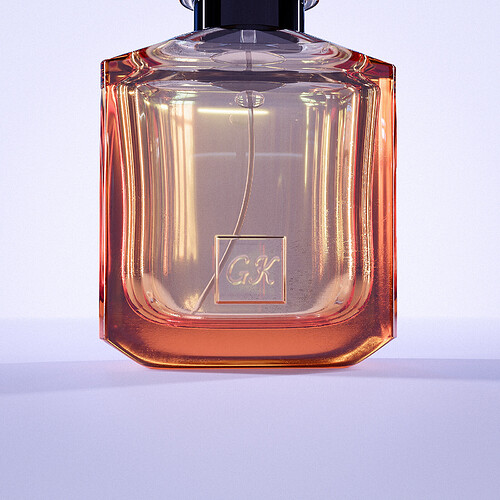 Update i tried to get a wiping residue texture to drive the thin film coating IOR, it kind of worked but the effect needs tweaking as it just looks like colored paint on the bottle in this render. But even so it was nice that it lit up different colors at different angles when i moved it. 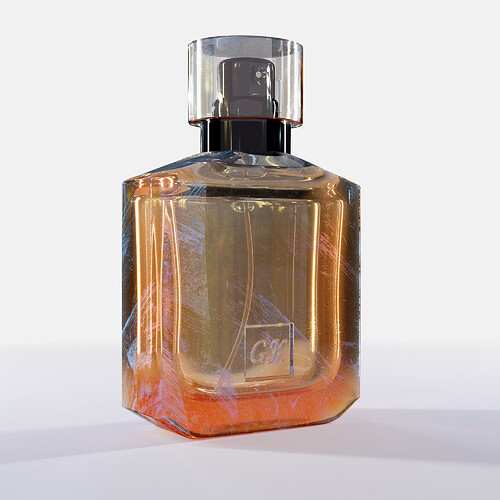 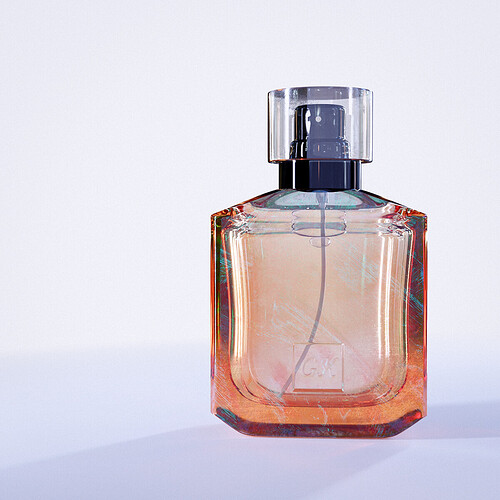 so you got thick glass and some liquid inside too ?

Principled V2 is in the download section in “branches” its new shaders BSDFs with new more accurate calculations. For glass its due to give, dispersion, thin film coatings and the actual roughness model is more accurate apparently because multiscatter, GCX, Beckman etc are now outdated. For glass you now cannot chose a base color, because that is not how glass color works it works by absorption depth.
Also for layers of different materials it has better calculations for how the light passes through (from what i gather). As well as all that there is a lot more new stuff in Principled V2, such as new sheen models for realistic fabrics, iridescence and new fresnel calculations for realistic metals, and more compatibility with other industry standard materials models.
The liquid i put inside this is proper ior 1.35 and its not intersecting the mesh, it seems to be working as it should more physically accurate.

will wait to test this new feature in 3.4 i guess later on then

bottle looks nice
with caustic should look even better

did you use refraction in there ?

I’m about to remake my perfume bottle for like the 4th time in 4 years. None of them have been any better than the one before it. Can you point me to any good tutorials for coloring the liquid and glass and just anything else you think I probably don’t know that you have knowledge of a good tutorial for?