Can anyone advise on where I’m going wrong here. The image below shows a arched window head of a 2D CAD DXF import I’m using as a template to snap to, I have a plane overlaid the imported mesh and loop cut, I then am using the PET + Spherical Falloff to curve the straight edges at the arch location, but how do I stop the two outer vertices in the fall off zone moving off the base line?

Is it possible to pin vertices to stop them moving?

As the two vertices in question are on the centre line (ie: x axis) of the fall off zone why are they moving at all, should they be influenced. I don’t think so.

Also is there any control over the stepping of the fall off zone, it either ends up large or smaller than the radius I’m trying to match, it would be good if you could snap the fall off zone to a point to set it rather or as well as mouse wheel stepping.

You can use the scroll button to change the size of influence. I’m not sure if that’s what you’re looking for or not…

Cheers RedMoose but that was what I meant by mouse wheel stepping, it’s too coarse I think, so it would be good to be able to snap to a radius and or numeric output. thanks

I think this is a bad way to make a semicircular object anyway, you end up with longer edges on the sides of the circle, making the result look funny: 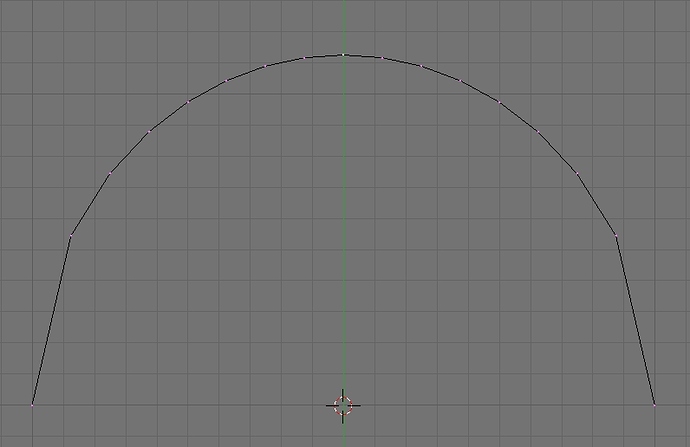 I would just add a circle to the mesh, delete the bottom verts and position to the template mesh.

I am not aware about more precise control over the falloff radius, but you can “pin” the desired vertices by hiding them