This is my first WIP. Still got to make more details before i can mirror it and combine the sides.

very good model, can i see a wire please. no real crits…

I have to separate the handles from the mesh. If you got other crits, let me know. There is too much mesh in the backside for now so it looks a bit messy. 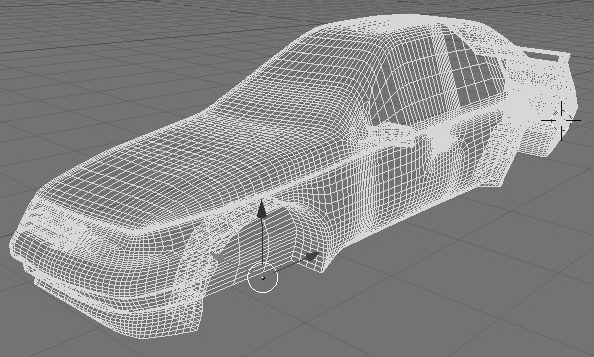 it looks cleaner and better than the meshes ive done. ever.
whats it gona be used for? sitll image etc…

i try to keep the control mesh in quads. tris only on flat surfaces.

it’s going to be a part of a still shot i reckon. though an animation would be cool to make.

here’s a screenie of the first tyre i made for the model. it lacks of rim and the side profile sucks but i am pleased with the pattern. i made it using spin dup. 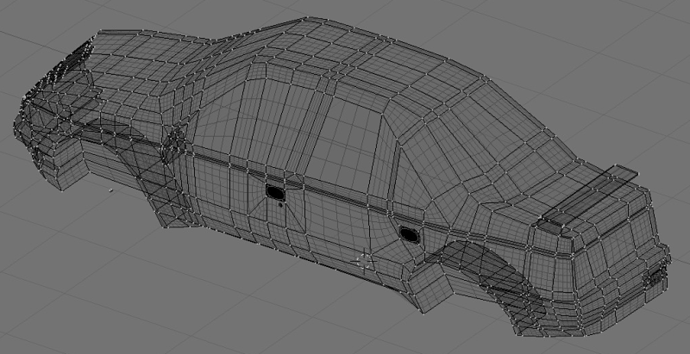 remade the front bumber and cutted out places for the lights 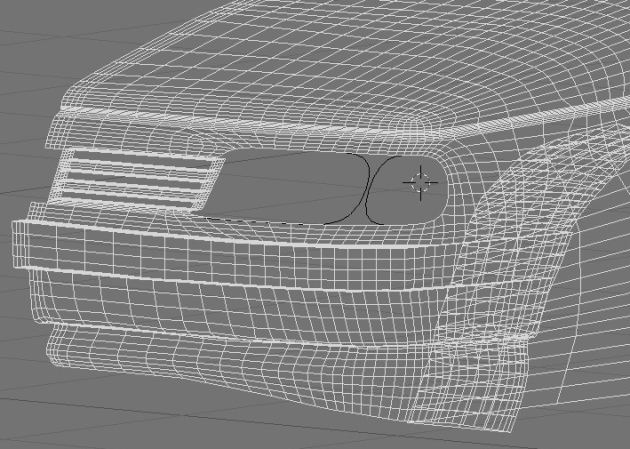 nice so far cool car to make the tire is like wierd looking thoough is the lighting bad?

nice so far cool car to make the tire is like wierd looking thoough is the lighting bad?

It’s too flat by the side i think. i just haven’t got the shape right yet. haven’t found a reference for the rim yet but when i found i will remake the tyre.

I am currently remaking the windows in the front doors. I stumbled upon a problem though. I want to make them flexible with armatures.

can i restrict the movement of armatures so that the parts of the joint wont overlap?

is it possible to rig the window so that i can alter the heading of them by simply grabbing the window and the joint still adjusts/limits the movement?
(check out the pics)

any ideas how to make the lamps? mapping?

any ideas about seams? i want the model to be full of seams like the reference, i have already begun to cut the model to pieces for this and to decrease the amount of verts and faces. 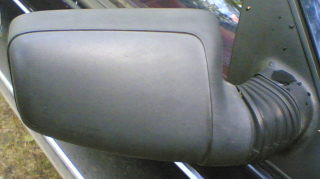 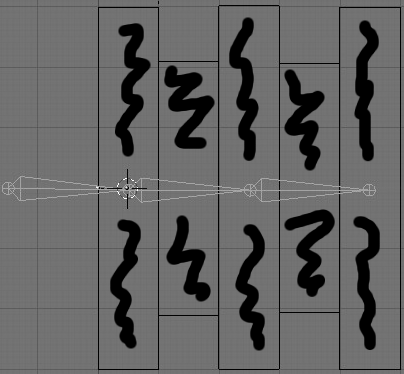