Celebrity deaths don’t usually effect me much, but Hoffman’s death seemed unusually tragic. Maybe it was the enormous skill in his craft, or his 20+ years of sobriety, but this one stung for me. I hope it isn’t too soon, but I’ve been thinking a lot about him, and watching many of his movies again. His face can be simultaneously cherubic and devilish. I spent hardly any time getting perfect reference images, I just grabbed the first 3 that captured his essence, and started sculpting. All told this is about 4 hours of work. I never figured out how to do super fine detail in dyntopo, like pores. if someone knows, please post it. I would like to finish the cheek pores/crow’s feet. In my opinion the likeness is there, and it’s clearly him, but it’s got a healthy dose of uncanny. If anyone sees a way to reduce that or has any other comments on Hoffman (the man, or the sculpt) feel free to leave them here. 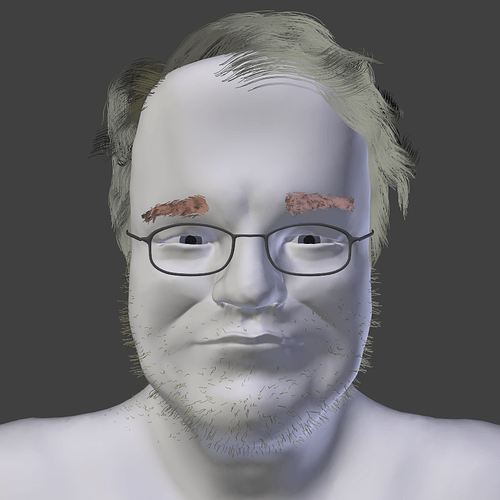 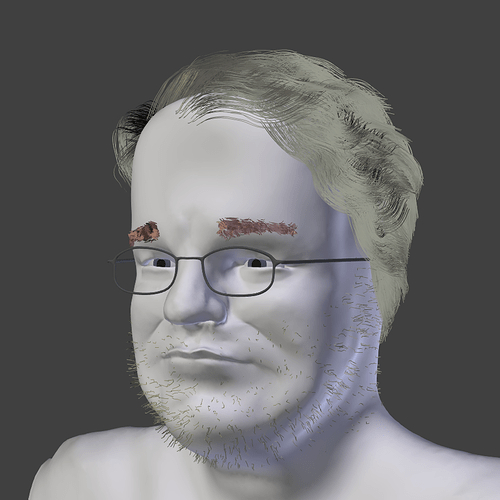 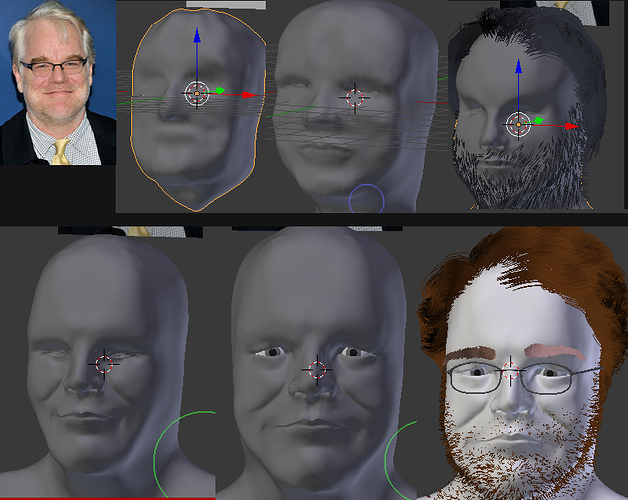 It’s a good likeness of him so far. He was a very versatile actor, it amazed me when the tributes started coming out, just how many movies he was in. We lost a good one, unfortunately.

I think my main problem is that my 3 reference images were taken at different times; I was constantly adjusting the cheeks in one perspective and then changing them back in another. You almost need to get a set of images from the same day.

I’m thinking about retopoing, or even just shrinkwrapping a previous low poly face, and then re-sculpting again in multires. I’m not going to try and recreate Hoffman realistically, but instead a character based loosely on Hoffman. I’m thinking about maybe a Roman emperor scene.

I knew immediately who the sculpt was before reading anything. There are very few male actors who capture my attention. PSH was more astonishing than we’ll ever know now - amazing that he was always identifiable in appearance but could convince an audience of any behavior he wanted in any role he picked. I nearly drove off the road when I heard about it on the radio because I was just talking about Synecdoche the night before and how he portrayed 40 years passing wonderfully.

To be helpfully critical, I really want to see a good solution for the outside corners of his eyes. The drape of the top lid closes over the lower lid corner in most eyes but especially with him. The latest screenshots here have a gap at that outside corner. Though I can’t do pores in sculpting, is the concept to sculpt for displacement and not geometry? Sculpt the details to tiny levels and then bake a displacement map to deform a less detailed mesh I think.

I’m really looking forward to your progress - any uncanny valley work here is acceptable in my opinion, it’s already an unmistakable likeness!

Thank you for the comment HelloHiHola. I am going to think about continuing the PSH multires as a realistic likeness. And I will need to address the unusual eye topology and pores.

But I decided to move forward on a character based on him. I took a low/medium poly face I had made (it was JFK actually) and shrinkwrapped, and then snapped around the new topology. I then sculpted to multires 5, and baked normals to level 3, for the pores. The character is not meant to be PSH, only inspired by him. This is a first pass with a very simple skin shader. I am thinking Roman emperor with this face, but possible set in a futuristic fantasy scene. My idea is that he is sitting an ornate chain giving either a thumbs down, or a thumbs up. As if to day, live or die. A kind of blend of old and new. As Hoffman was a master of character, I hope he doesn’t mind me using him as a study.

New shader: (not PSH, only inspired by him!) 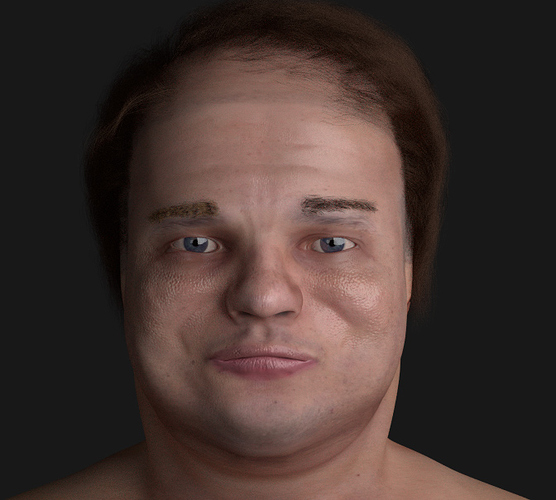 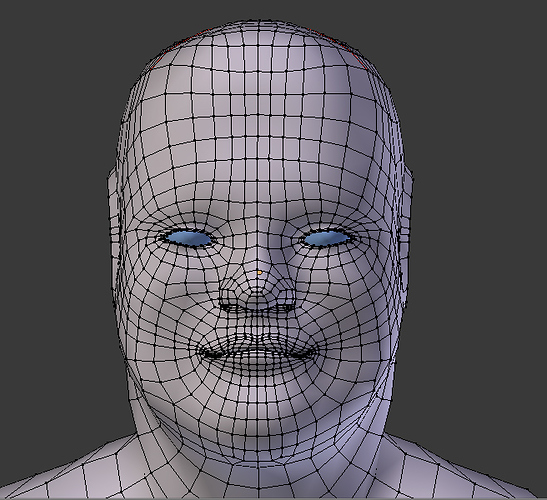 Not bad though I got to say, I never really paid any attention to Philip Seymour Hoffman. In the films I watched - Scent of a Woman, Patch Adams… most of the others weren’t my cup of tea by any stretch - he was always second [or third] fiddle to the main characters.

Kuro, here’s three movies to start you off: “The Big Lebowski”, “The Talented Mr. Ripley”, and "The Master. "

As per the fat roman: you’re right. This guy isn’t really Roman emperor stock. The nose is wrong, as are many other things. The scene I am envisioning, and have made a few sketches of, is born of Roman history – but built in a futuristic world. I think I am going to dress him in a toga. The chair will combine ornate lines of the old world, with mechanical accoutrements hinting at a not too distant future. I’d like to do something dramatic to the face. Possibly paint it, or cover it with scars, or piercings.

I should probably take a break from modeling and get something solid down on paper, scenewise and color schemes. 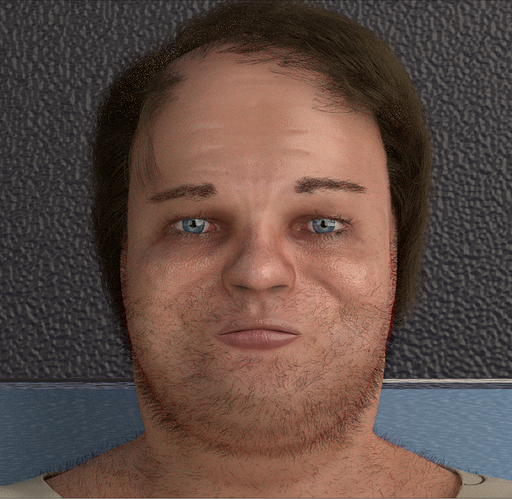 I have also added a beard and body hair, the skin patches on the sides of the eye, eyelashes, and re-worked the skin texture and shader and the latest renders are pretty convincing even very close.