I’ve been working with blender for about half a year now and this is my first shot at creating a photorealistic scene. 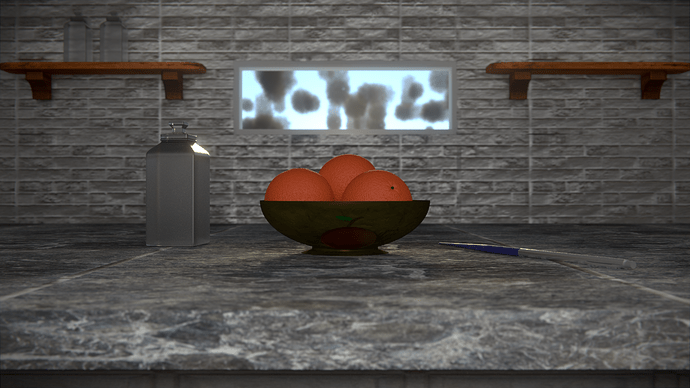 the clouds do not look realistic. try using a photo as a backdrop instead. that is pretty standard. also, the glass jar is too hazy looking, imo.

You clearly want to show the oranges which are near perfect. The image would work better if it was a product/food style shot only about them but the shot would still need some interest point added.