Pier to No Where

I started this project to improve my skills in blender. I have come this far on my own, but to make the image more realistic i expect all your comments and feedback. 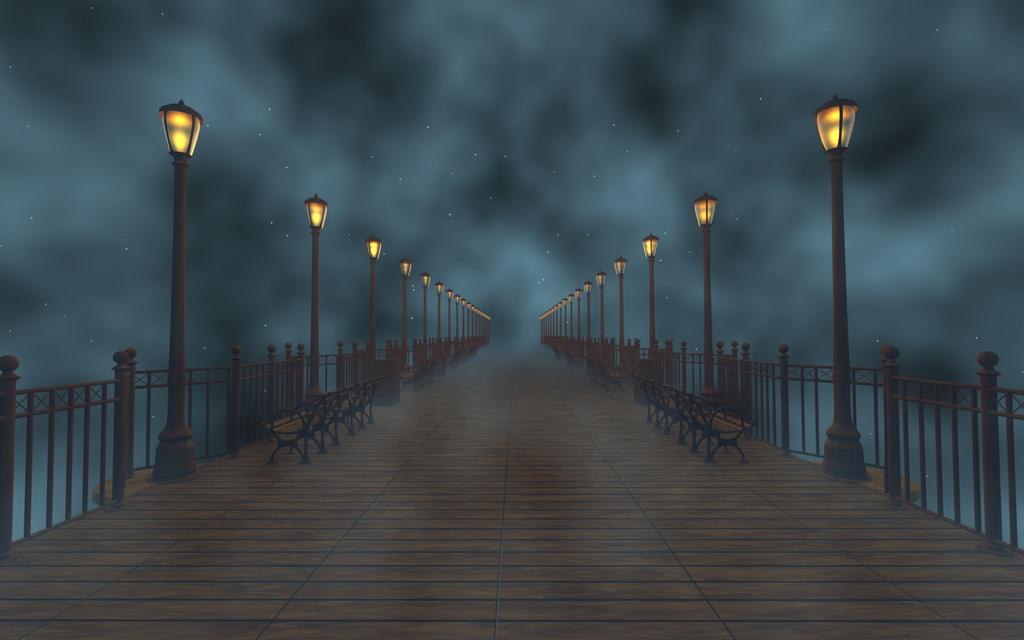 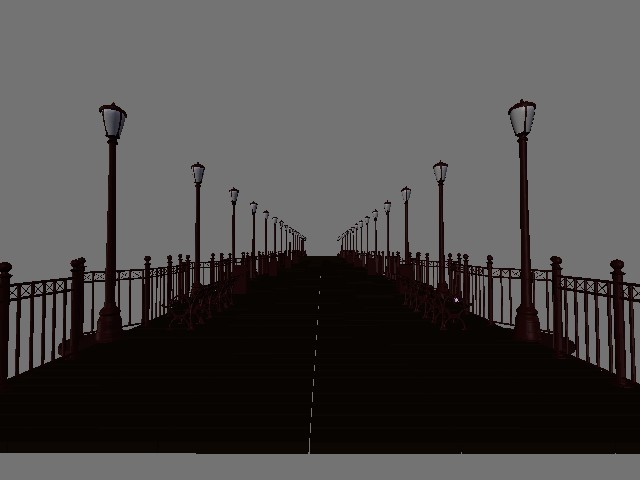 I was tinkering with it and I have corrected the lightning of the lamps, material settings and added some nails in the floor. 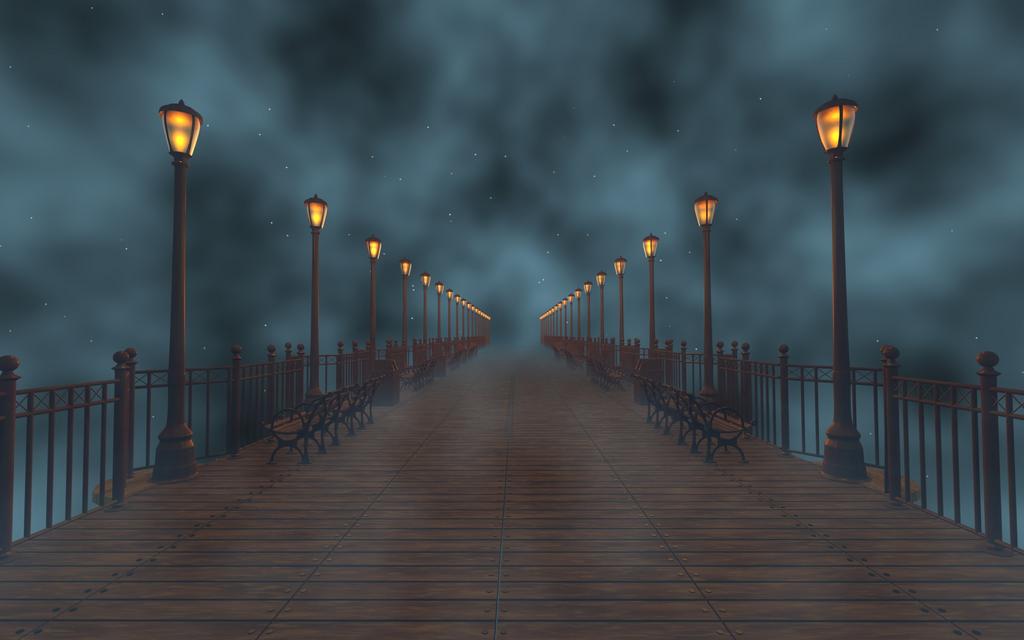 Can anyone suggest how to make the lamps glow (as in the original picture) more but not light up the scene.

you could add some halo around the lamp

depends on the final look you want to render !

may be add the moon in background

or a few seagull flying around
or in background some light showing a boat in the smog or fog !

Ya i love the way you are going. I will try to add these things, But i have to be very careful in lightning as the boat and birds are to illuminated by the moon and the dock by the lamp posts. Also as i am not that comfortable with lights i would like to sharpen my skills.

also for indirect light look at the mushroom thread
http://blenderartists.org/forum/showthread.php?p=1692275&highlight=mushroom#post1692275

Can anyone suggest how to make the lamps glow (as in the original picture) more but not light up the scene.

IMHO the easiest way would be to use the compositor, a simple glow effect combined with a curves mask should do it.

Thanks all for the input,

@RickyBlender - The halo effect doesn’t work, As halo produces a constant glow, but as a lamp’s glow has to fade away. Also I still have not migrated to Blender 2.5 so no indirect lighting i guess.

@afalldrof - I tried the nodes effect (followed some tutorials in net). I have produced some good results. Thanks for the heads up.

I have attached the various things i tried including the original. The effects i tried are Halo for the lamp, lamp with emit value set, and at last the nodes effect.

Still I have to render the whole scene with nodes to check if the effect is nice, will post the final scene and the nodes soon. 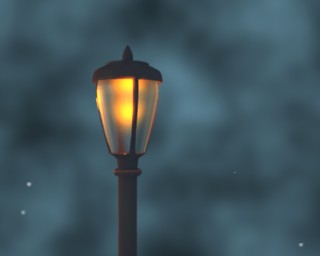 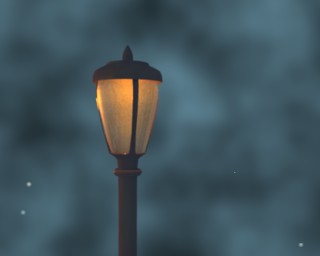 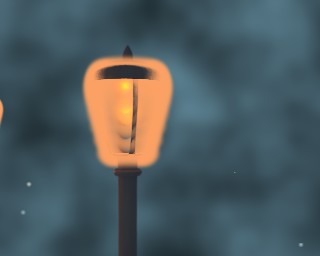 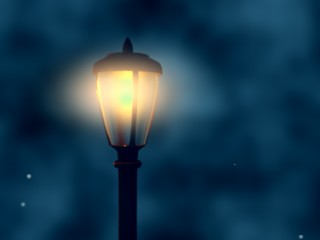 As things get further into the distance they should also become less clear, especially with all the fog around. The distant lamps are too bright.

aso depends on the effect you need

can you load up sample file with the four lamps you’'v shown
i’ll try to do something in 2.5 with some halo and may be some fog around

with indiredt lighting and some fog you can make the emit light shine around the fixture
may be this will give a better look !

@RickeyBlender I have attached the blend files for the lamps. The nodes works for closeups but when rendering the full scene the nodes doesn’t provide the necessary glow. Thanks for trying anyway. About Blender 2.5, i used it once when it was in beta. Couldn’t get through the new UI, so switched back. Will try to switch to 2.5 as soon as possible. 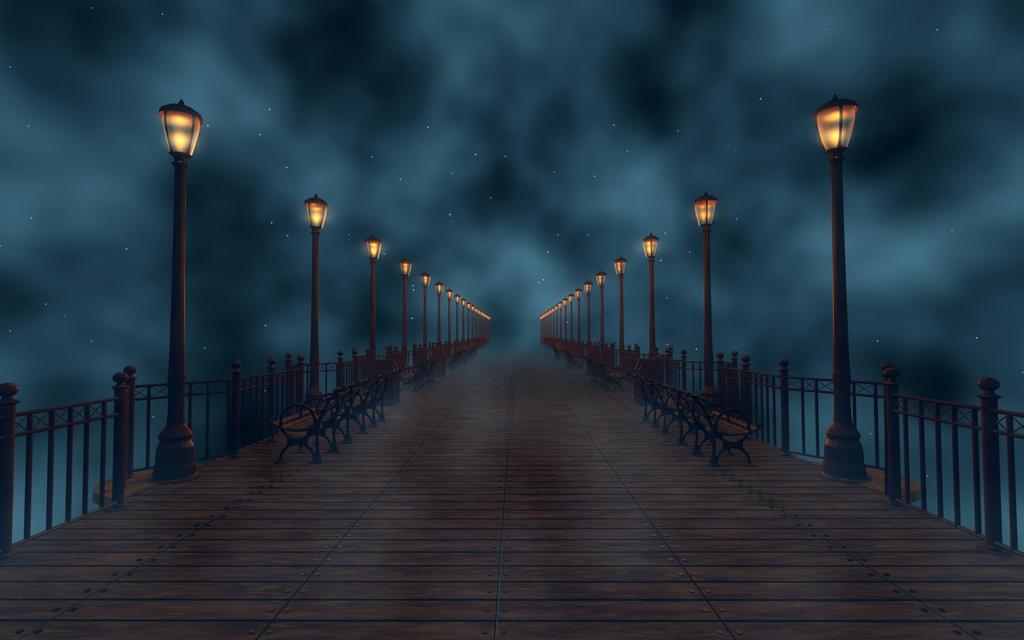 @goosey Thanks for the input, but if you see the original image even the distance lamps are brighter. I think as these are red lamps they are travelling too far even in the fog. But the lamp posts are invisible, I think i have to take care of that.