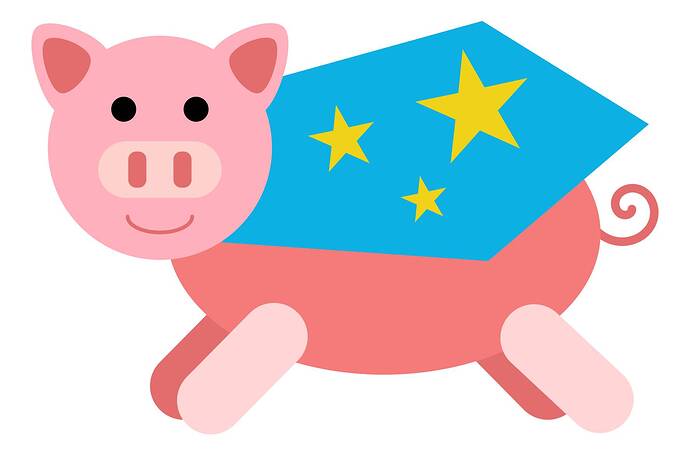 I’m working on developing a pipeline from 2D concept to 3D production, based on using vector symbols as a 2D asset library for quick concepts. So, time to revisit some Inkscape tutorials as I’m pretty rusty with vector art. 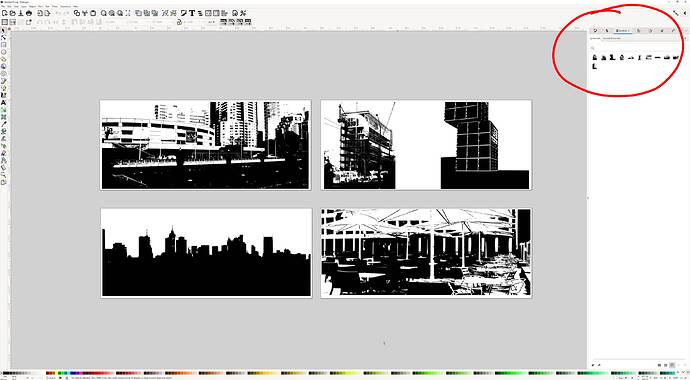 This thread is mostly about process. I’ve noticed that artists who demonstrate concepting (thumbnails, sketches, whatever) use different techniques but they all use a technique that they are totally comfortable with (no surprise as they are professional artists after all) but it seems an important consideration is that the technique does not get in the way of putting simple ideas down. Speed, simplicity. I find 2D simpler than 3D (don’t have to worry about how far back/forward something is) so then paint or vector? I plan to use an asset library to simplify concepting and both Krita and Inkscape use vector symbols for this so why not just stick with Inkscape since that’s how I can make them.

The image above shows some images made with vector symbols (symbol library circled in red). Each symbol came from tracing a photo in Inkscape, then converting to symbol. Now I just drag and drop it onto the page. Most symbols I intend to create won’t be scanned photos but rather hand drawn, but here I’m just demonstrating a process for anyone who may be interested.

I need lots of practice with Inkscape, but in the end I hope to be able to churn out ideas quickly and easily, except for coming up with ideas in the first place of course which is never easy for me. 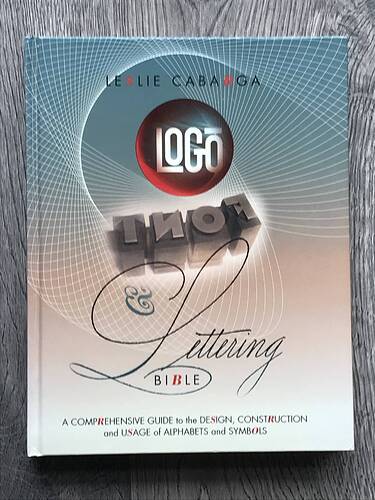 A useful resource for vectors, good thing I kept it in my last move. 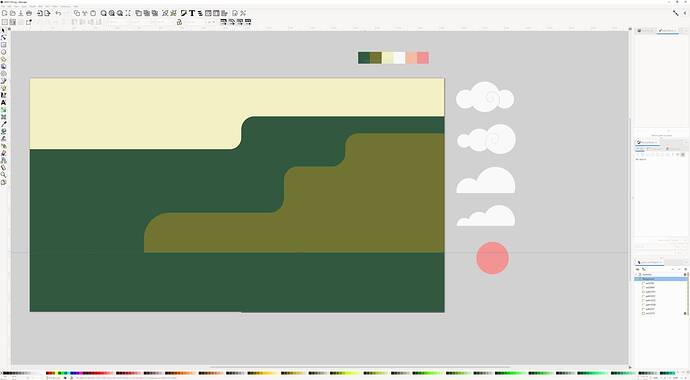 Working through a tutorial, and a couple of things have struck me. First is that vector art is more similar to 3D than painting is, as each element is a discrete object that can be selected and edited freely. The highly styised approach here is quite similar to low-poly modelling in 3D. Secondly the presenter set out the colour palette at the outset, something I also encountered when doing a course by concept artist Yannick Dusseault (Dusso) many years ago. With 3D I generally go through a LookDev step towards the end, mostly by cycling through a bunch of HDRI’s for lighting and mood, but perhaps I should give more thought to this stage up front. 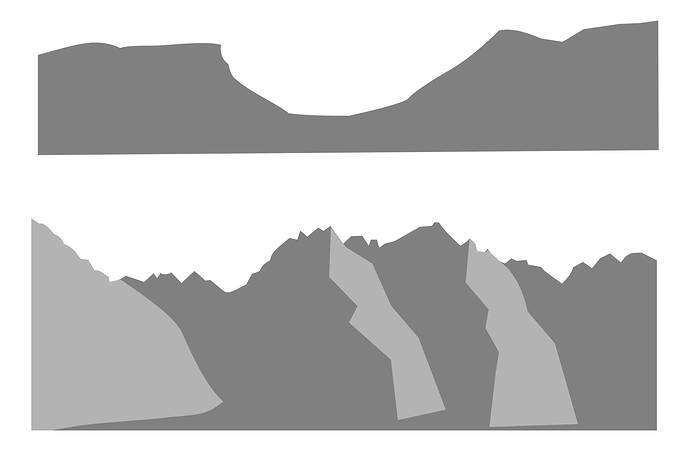 After much research and planning I’ve started to produce some actual compositional elements. These are a couple of background mountain elements for a landscape scene. As they’re intended for concept thumbnail sketches I’ve decided to stick to monochrome. 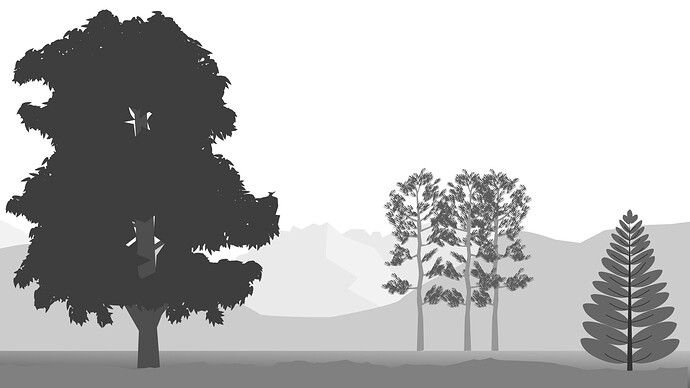