Hey there. It’s been a while since I posted any work. I saw the BG competition on characters and thought I would give it a go. No particular reason for choosing a pirate really…just always been keen to do one.

So far I am just blocking out my idea with the dynamic sculp tool and once I am happy I will start refining and creating the actual model.

Not much to crit or comment on yet…but as always welcomed and appreciated. Since I will go through the whole process of creating this character in Blender I thought it might be helpful to someone if I shared from early on!:no: 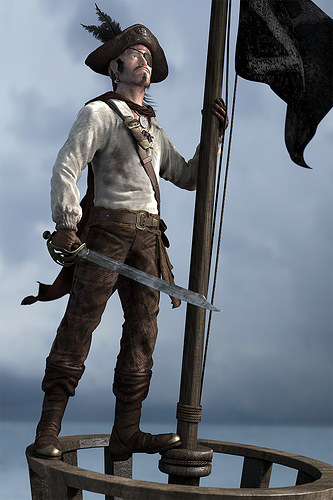 Hey there. It’s been a while since I posted any work. I saw the BG competition on characters and thought I would give it a go. No particular reason for choosing a pirate really…just always been keen to do one.

So far I am just blocking out my idea with the dynamic sculp tool and once I am happy I will start refining and creating the actual model.

Not much to crit or comment on yet…but as always welcomed and appreciated. Since I will go through the whole process of creating this character in Blender I thought it might be helpful to someone if I shared from early on!:no:

looks cool but the jacket seems a little thick idk.

Nice work so far, I especially like the boots. Do you know how he is going to be posed or what the story will be?

Good job, any purpose for that bandolier?

@Dova2498. I’m not to worried about the jacket thickness at this point, since I will be redoing it later. It just serves to see how it will integrate with the shirt, length, flow of the jacket, possible color options, etc.

@Dragonrlh. As I am working on his details it hopefully will refine his personality and that will determine the story, pose and location for me. It’s the wrong way round but since I am not tied to any concept or story I can just let him evolve…

@Robert Banks. Yes it will serve as the attachment point for his cutlass sword. From all my reference it seems this is how they did it. I am no expert on pirates but for me that is the fun in creating a character. You get to learn so much and also put yourself in the characters shoes to see how you could have done it differently but still fall within believable boundaries …

The smaller belt will be a place to place his pistol…etc.

Just a quick update. Refining the bust a little. 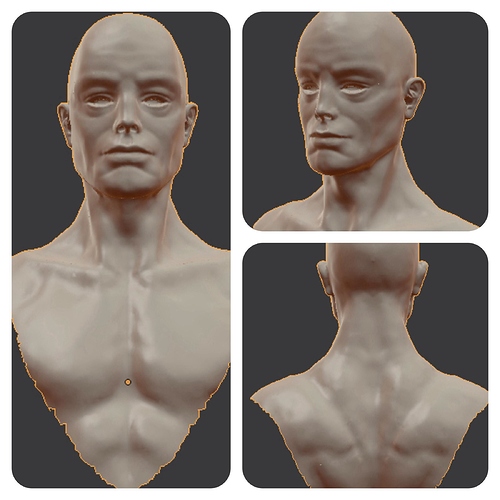 Just another small update. Remodeled the shirt and pants and started sculpting them. Refined face more and did a quick sculpt on hat. Next I will refine the shirt and pants and then start adding finer details or adding more rough items…will see how much time I have since it’s been a bit rough to get any time to spend on this guy. Will edit shirt collar when I have decided about the jacket. 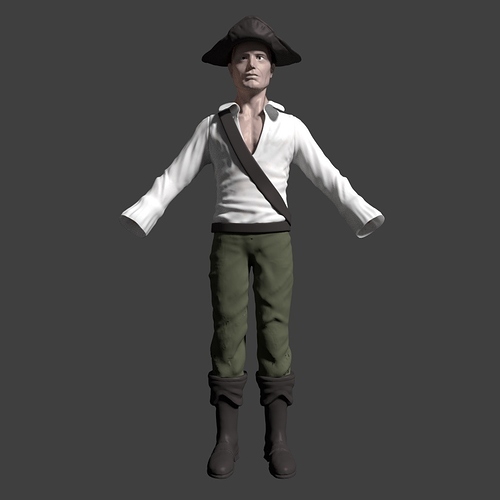 Update time…Added a few small items. Never had time to refine pants or shirt but will get to them soon. Will probably not give him a jacket since I tried different styles and in the end I still like him better without one…Also most other pirate models out there have jackets on…thought it might make him a little different. Materials are just tests as I go on. will only start texturing when completely done with him. Next I need to add a sword and possibly a pistol and a few other items then refine…refine…refine! 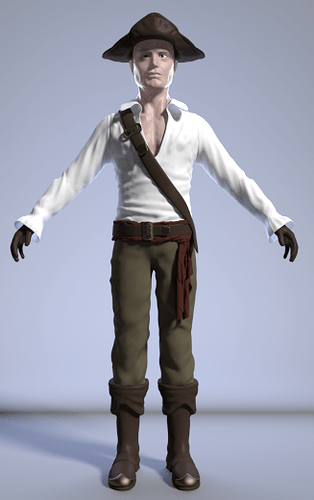 Awesome sculpting Shakedown! I love the metal toes on his boots - nice touch. One suggestion: maybe try a few more diagonal creases coming out and down from his crotch across his thighs?
Also did you model the cloth around his waist or did you use physics?

Thanks Talebreader… Yes will definitely add more creases in the pants, just haven’t had the time to get sculpting on them. They probably 40% done I think. The boots will still get more details when I retopologise but couldn’t wait to put the steel tips on them in the mean time…

The sash around the waist is in 2 parts…I first sculpted the part under the belt…then used physics on the hanging part…then sculpted on both parts to tie them together better.

Added a placeholder sword, tweaked a few areas and added a few smaller details. Did a 3/4 render this time round. 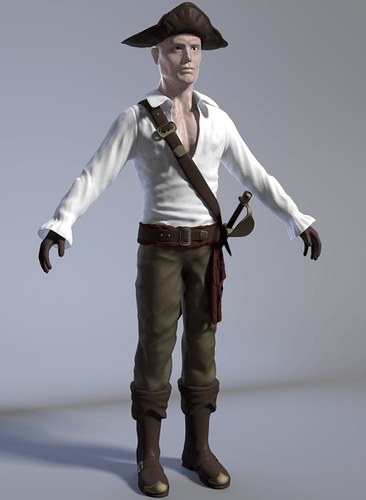 I was on 3D Total last night and I found this.

Had a chance to retopo my head sculpt…refined the head a little…made it slightly smaller. Still need to tweak the ears, eyes and various other bits. The current eyes ones are placeholders. Also want to mention that I am currently using the “Skin Node” from WEWE over at blendswap. It has helped a lot visualising my sculpt at render time. Any comments are very welcomed at this stage since I will be starting to lock sertain parts in soon. If you spot anything weird please point it out to me. It will be much appreciated. 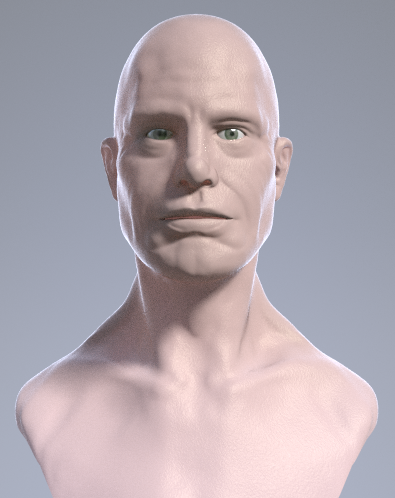 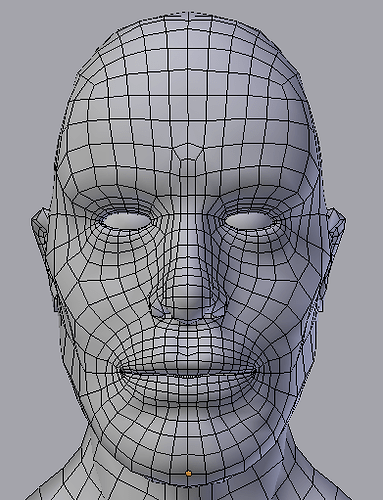 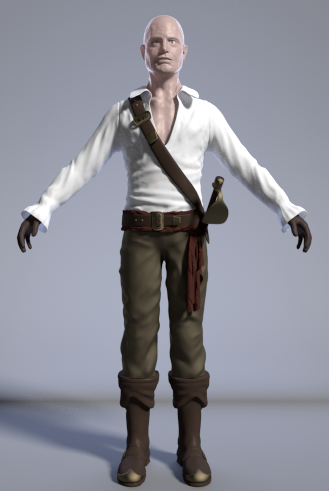 Nice work so far Shakedown - that skin shader looks awesome by the way! One comment - the ears look a bit too immersed into the sides of his head to me - maybe separate them out a little more? Or maybe it’s just me

Hey, dude!
Awesome WIP. All you need is some adjustments and details on the character, a great pose, a nice background and lighting and the competition is yours.

Here is what I found today and I thought about your WIP: 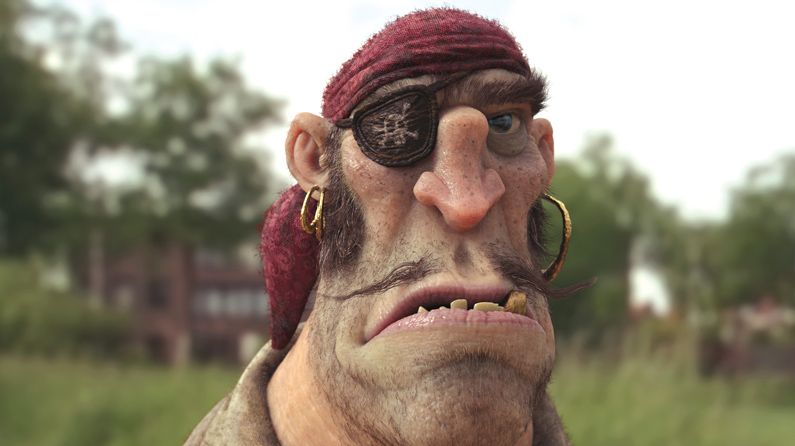 The arrrrrt of creating a 3D pirate character


A great milestone, don`t you think?

@Talebreeder
Thanks…those ears were on my list…did a resculpt on them…happier with them now.
@AlinB
Hey…Thanks…hope I can get to all those things. Don’t have so much time to spend on this guy!..BTW your character is awesome…will comment on it as soon as I can…

About time for an update…I modelled the sword but did not have time for a render. Then started playing around with a simple skin shader for this guy since the one i am using was from WEWE at Blendswap. Resculpted his shirt because I never really like the old one that much and I had some technical issues with it. You can see the new one in the render. Then played around with the hair particles…my first time with hair in blender but compared to all the other ones I have used I found it really simple to work with and Cycles rendered it great. Its just a test though so it will probably completely change again…just thought I would share the render of him like this. Hopefully I can soon start to actually texture this guy.

Oh…those eyes are just stand in and need to be modelled and textured properly…they look terrible at the moment! 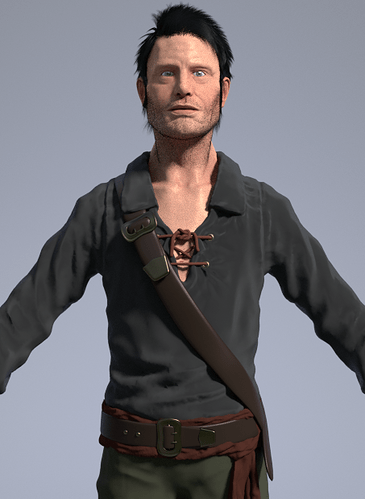 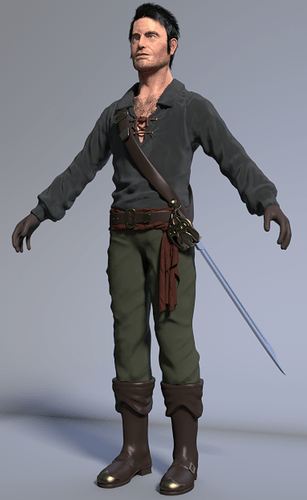