So I’ve been kind of working on this for about two days now and I can’t seem to get that rim to give off a glow that I’d like. Originally I’d like to have something of the sort like the first picture http://images4.alphacoders.com/287/287066.jpg that I googled. I feel like I’m almost there, but I’m having the most difficult time creating a glowing material in cycles that wouldn’t light up the whole planet (i.e. emission on rim). Goal is to have that glow without the need for post-processing. If anyone would like to toss in an idea I’m all eyes. 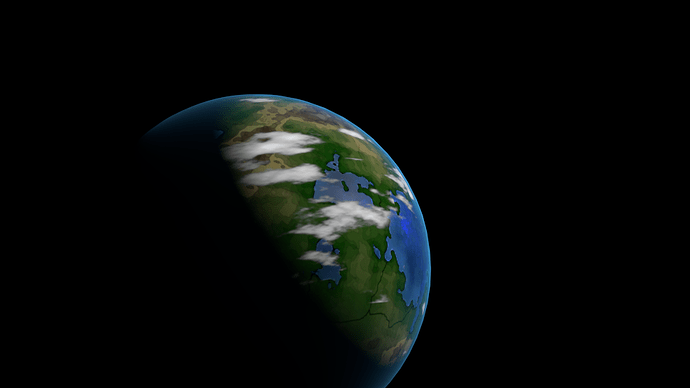 1.1: First render pass with current node to give off the rim light illusion. Plan is to have a hazy, aura, looking emission attached.

1.2: Node setup for the rim light. Original thought was that since I can separate the rim light by removing the transparency node I could mix in emission/blur, but it didn’t work out too well. Whole planet was enveloped in a very bright blue ball instead.

I’ve been looking for this effect awhile ago. I’ll try this up.

Use a second sphere with a volume scatter node.

Quick example that could use some refinement: 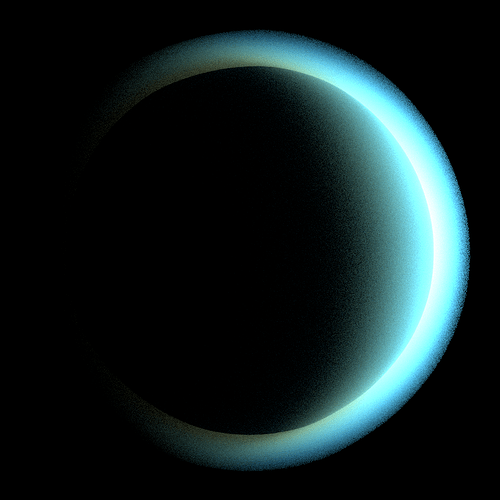 Increase the Anisotropy or add a volume absorption shader to make the effect cover less of the planet.

The last render looked just like what I wanted to make on my planet atmosphere! (never had the idea to use gradient;)) Thanks for sharing the nodes!

What was your mesh setup? I can’t manage to reproduce it…

The mesh is just a couple of icospheres, one for the planet and one surrounding that for the atmosphere. The material for the planet is a dark grey diffuse and the sun lamp’s strength is 100 for my scene. The main things to play around with to get this shader working are the first gradient and the sun strength. A pic of my scene

Sorry for the late response.

If you still cant get the effect post a render or blend file. I should be able to figure out whats incorrect