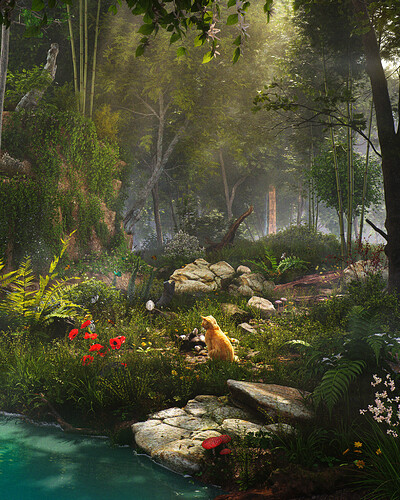 playful1620×2025 1.7 MB
I started this project by referencing this image. But once I got more ideas on how things should look, I’d drift away from the reference and start doing things I have in mind. 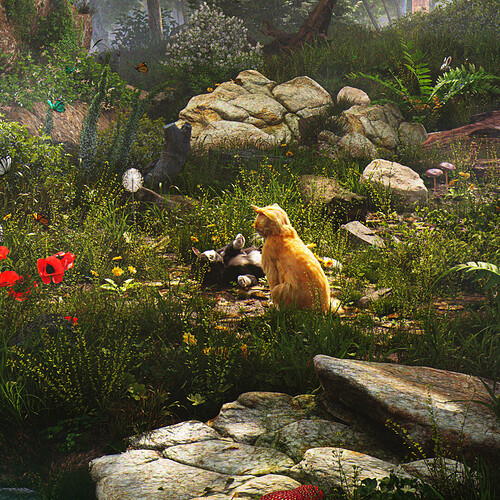 One of the cats in the focus is Luna that I introduced in the previous project. I’m still thinking a name for the orange one maybe you guys can come up with it. 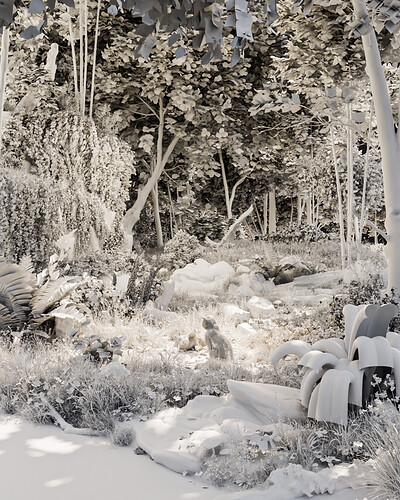 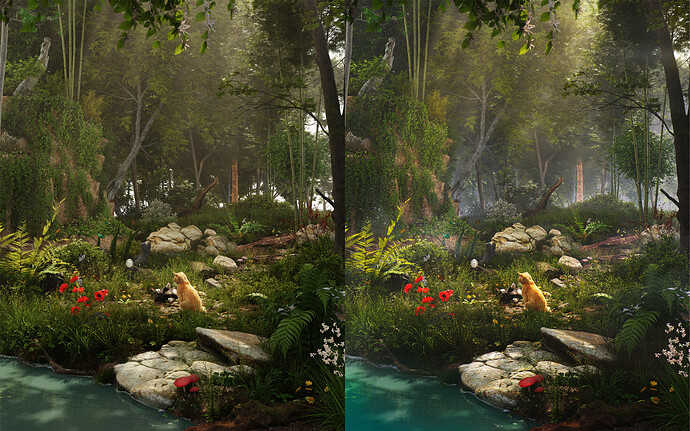 This is before and after post processing in Photoshop.

As always, I have added 3 hidden animals in here. They do not include the cats in the foreground and the butterflies. I have attached an image that reveals all of them in the comments. Let me know how many you found and what was the hardest to find.

Took a while, but I found all 3. Can’t say for sure which was the hardest to find, but I feel like the rabbit was the easiest, and both the chicken and squirrel took me ages (it took me longer to find the former, though. And for the first time ever I had to double-check using the clay render to confirm it was a chicken and not suggestive shrubbery

On the topic of naming the ginger cat…I’m not a cat person, but you could name the cat “Javier” (the same name as one of my dogs, see image below) 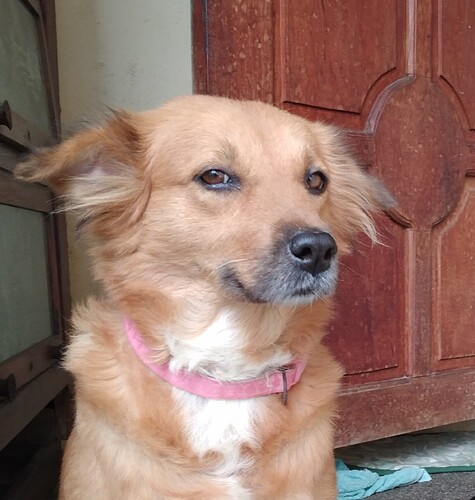 Hahah how long did it take you to find them?

Hm…took me (at most) maybe 15 minutes of continuous searching to find all 3? With the rabbit being found within the first 5, for sure.

I gotta say, though-- despite the relatively easy rabbit, this was one of the more challenging search-and-finds. It really took me forever to find the other 2 animals. XD

As always, a lovely scene.

My ginger cat was called Bacchus (I name cats after the way they act), but this one doesn’t strike me the same way. Apricat? (sorry!) Sweet Potato? (Prince) Harry?

The only reason I found the chicken at all was 'cause I could hear it laughing at me as I struggled to find it…
…and also because I’d already found 2/3 and in my gut I knew the third just had to be a chicken. XD

You know you’ve just made Louis think he won’t put a chicken in the next one.

We must be ready either way!

hmmm very tricky one to reply to. haha

Yes, be ready this is war. Chickens vs humans xD

Easter egg: COUNT THE CHICKENS TO FIND HOW MANY HOURS YOU WASTED COUNTING CHICKENS.

Go check it out

I had a cat just like that as a child. Actually he had a black companion as well – just no white spots whatsoever.

The black one was called Odysseus – we called him an equivalent of “Dizzle” (in german.)

The red one was called Marlo. I think he’d be honored so feel free to use the name.

Marlo it is for sure