Just a little abstract experiment I like to call: Binary Business! Views? 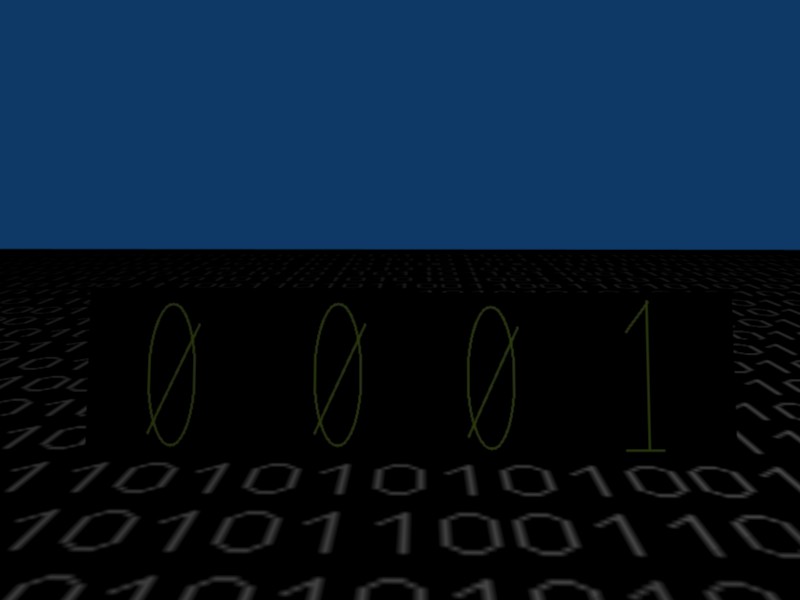 Just because you place something in the tests forum (what are you testing here?) and because you label it as abstract, that doesn’t absolve it from critique.

This is not abstract. It’s simple. There’s nothing wrong with that, but let’s not misuse terminology here.

You called this an experiment. What are you experimenting with?

This is not abstract art the way it is now, if you add a bit of something here and something there and change the sky it may be called that but for now i’d pefer to call it a texture test.

Wrong, you do not understand what abstract art is.

Wrong, you do not understand what abstract art is.

Abstract art is an image open to interpretation or an off the wall view of an idea isn’t it?

Abstract art is an image open to interpretation or an off the wall view of an idea isn’t it?

No. Abstract art is defined by its name… it’s an abstraction. That is to say, it is a representation of an object or idea that exists in the physical world. Some work that is abstracted may be open-ended, but rarely is it ever entirely open to interpretation. One of the fundamental aspects of art is communication. It’s an attempt to impart an idea, object, or emotion upon an audience. If the audience does not understand what you’re trying to communicate (or you’re not trying to communiate anything), then your work is an ineffective piece… in essence, it stops being art and starts being craft.

Sorry for hijacking your thread chris99… however, I think it’s still at least partially relevant to your post, too.

Fweeb put it very well. For an great example of abstract art, see:
RobertT’s work (not all, some isn’t abstract but lots is. Plus they are all great anyway)
Altruism by MPHE (in the gallery atm).

I thought this bore repeating.