Just testing the feasability of displacement mapping for tire treads.
This is with render subsurf level at 6. It took about 4 minutes to render with all the textures and raytracing enabled. 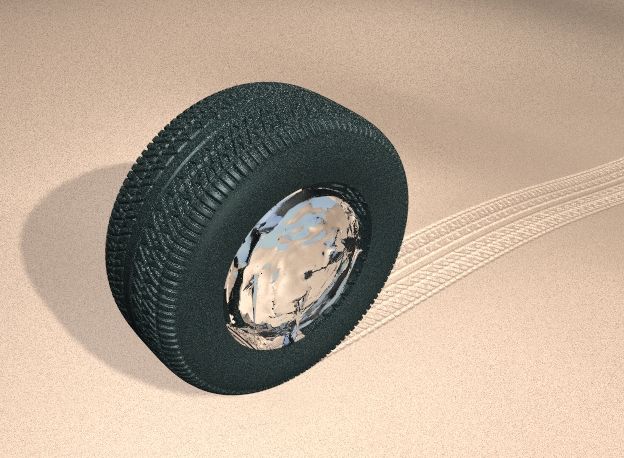 I used one of pafurijaz’s tread patterns which he has kindly made available here: https://blenderartists.org/forum/viewtopic.php?t=13386&highlight=tread+tire&sid=fd72be4e8e818fb0f4d1760175740af8

how did u make the tracks behing the tire???

tire is very nice, though i don’t know much about the technique u said u used

Lets see it in motion

is this in blender internally?

and if so is it only raytracer, or will it do it with the other standard one too
OMG it will rock if it is

how did u make the tracks behing the tire???

Lets see it in motion

Humm. Maybe when I get some more time.
Could add some particle effects too. Heh! I’ll need a new
graphics card!

is this in blender internally?
and if so is it only raytracer, or will it do it with the other standard one too

This is using only the internal renderer and raytracer (for the hubcap).
I haven’t tried it with Yafray yet.

But, if this wasn’t rendered in yafray, then why is it so grainy?

That’s just a noise pattern on the tire. I thought it should be covered with sand.

Here’s the tire by it self. Thanks to pafurijaz for providing the tread images! 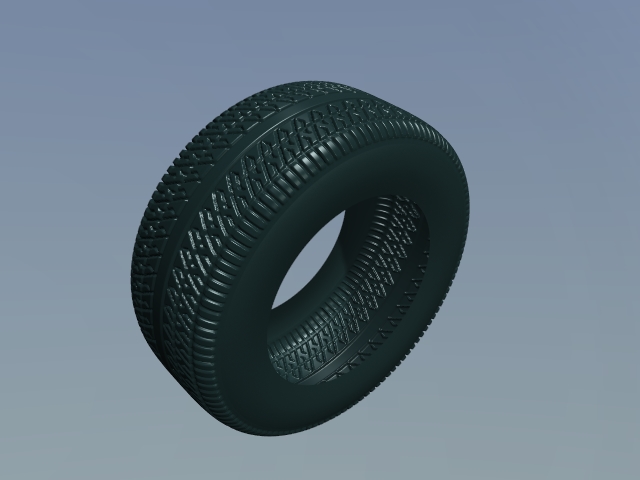 The tyre track is a bit too perfect. If you look closely at real tyre tracks, they aren’t so well-defined.

Great map on the tyre itself though.

Awesome. I think it looks a little neater/cleaner without the noise texture. I understand where that was going, but, to me it makes the tire look like a bad render instead of sand.

I love that disp feature

On his site there is also a tutorial for the technique wich is used.
http://www.selleri.org/Blender/

(dodn’t look at my enlish

The tyre track is a bit too perfect. If you look closely at real tyre tracks, they aren’t so well-defined.

Great map on the tyre itself though.

Humm good point. Also how perfect the track is depends on the type of medium the tire rolls over. Could make an imperfect version of the tread map to use as the tire track. I’d want to use bigger tiles or a single non-uniform map so I don’t get a noticable repetition.

I’ll check out that tute. Thanks Walibie

I think you’re right about the noise sector0.
Too uniform.

Cool so this is what you can do with displacement? Wow. Really like the tire and tread but I think you should (if possible) limit the sand to on a few places on the edge of the tire where it has contact with the ground and not the sides of it. It’ll then be evident that there is a very smooth tire with a substance on it rather than uniformly coating the tire with sand then we think that the sand is actually a part of the surface of the tire. Hope I’ve made myself clear on this.
Anyway overall its a very cool effect & technique.