Please help me with my first atempt at a game

Ok, I finaly devoted myself to making a game of some kind, but im starting small for my first project, its an 8 ball game, and i all ready know how to do sounds and animations and controls for the ball, this is what i whiped together in 1 day, theres going to be way more to it, thats just the very first part where you have to decide a path.

My problem is, the camera folows the ball, and stays on the oposit side, because its set to do that in the logic bricks, but the ball, my first problem was that when i would push foword to make it go in the y axis direction, it would keep going fowerd and backwords, same with the other ways it soposed to go, i found out that it was baecause it was set on local transformation, i turned that off, and it will only go in the go in the direction i tell it to go, it wont go with the camera,

Does anyone have a way to make the ball work with that empty i have parentid to the camera, Y axis always faceing away so when you push forwerd it will go forwerd and not in the global Y axis or the local Y axis that makes the ball spin in circles, 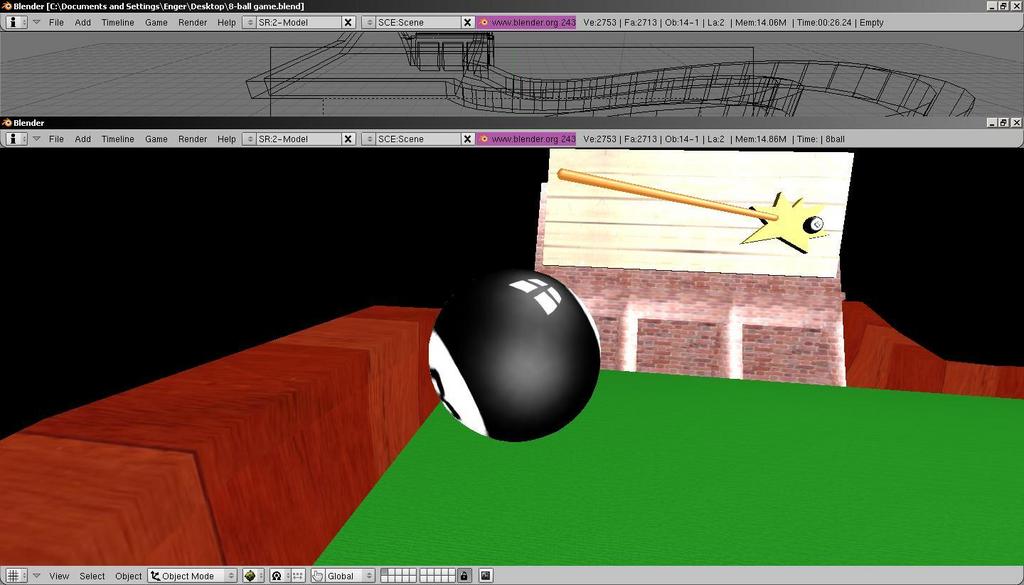 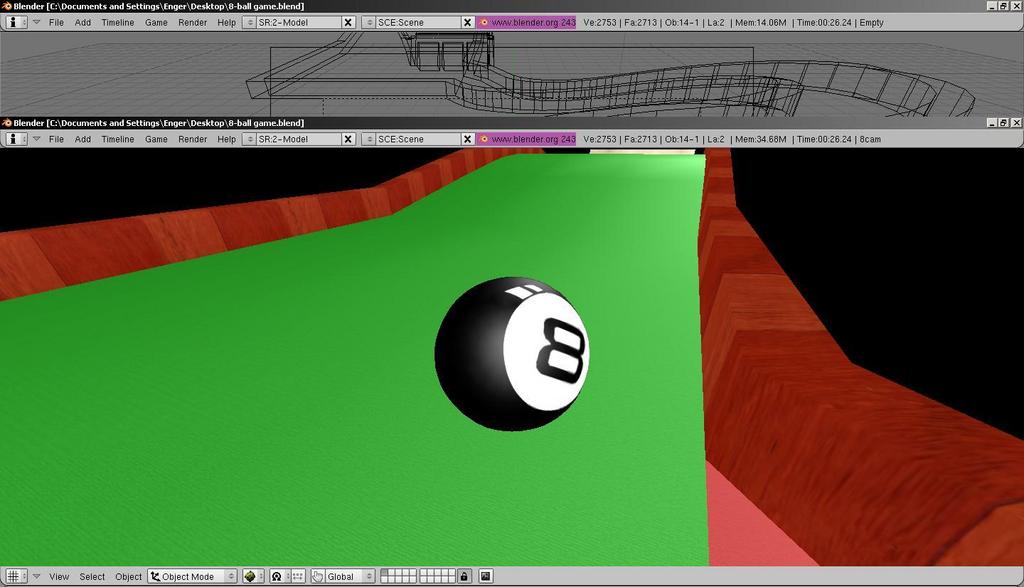 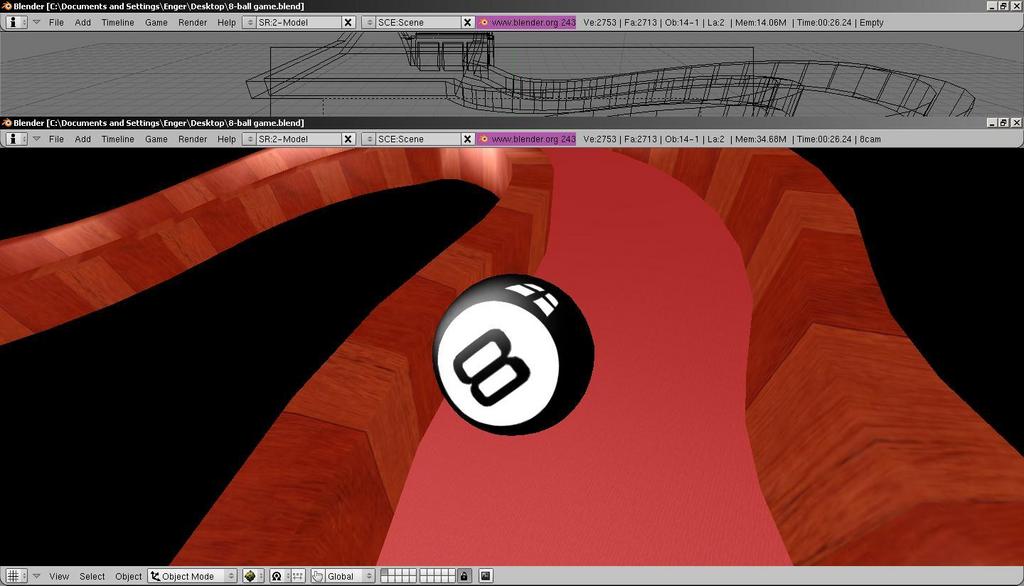 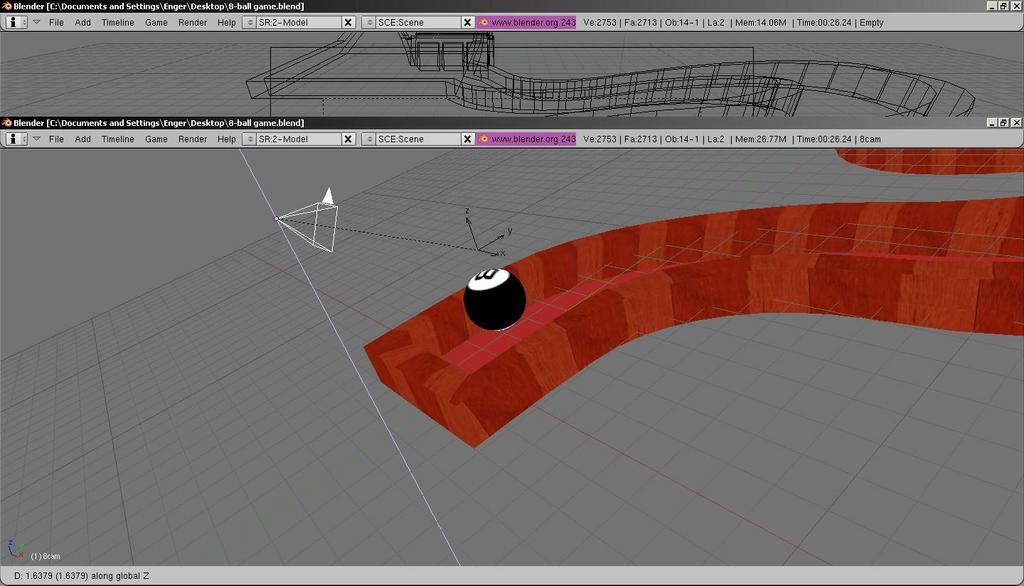 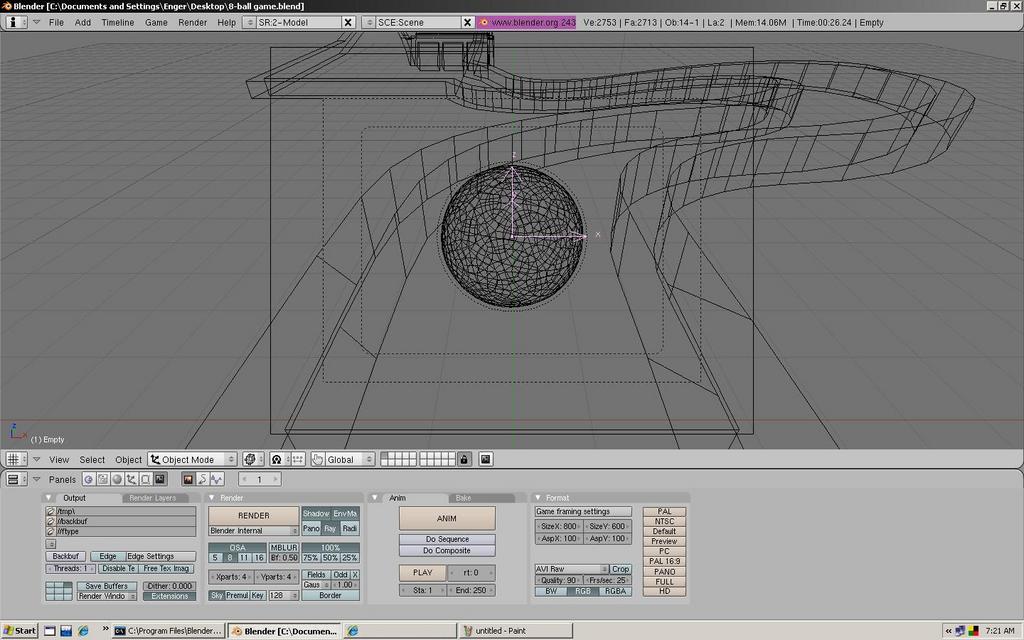 Oh and it may look crapy, but if i can figure this out or get help, then i will make beter texures and way more detail.

what is the goal of your game? If it’s billiards

then just use a motion actuator on the ball and turn off the local actuator
there should be no need for an empty at all.

if this didn’t tell you anything at all, forgive me for wasting your time!

P.S. Don’t worry about the crapyness. This is your first game and defiantly NOT your last!

kinda, the ball is allready movable, it only moves in the global coordinates, it will be set up to look like a pool game, ( if you look closly you’l see pool felt, )

When, lets say you drive a car in grand theft auto, and you take a right corner, now the camera will do its thing and follow you, now even though the camera would be behind the car, to take another right turn, you would have to pull the joystick towords you, wich is confusing, the way the games going to be set up, it will be imposibele,

Let me say bravo!
Its good to see new users who set their goals to something that can actually be accomplished. New people take note. This is how you start in the game engine. Not making a MMORPG or FPS or even an Adventurte game.
As for crits I would use a grain type texture for the green part. It might give it the look of fabric.
Keep working!

The only thing that looks apealing is the real time reflection on the 8 ball so far, i will build on it more and you can see progress in visuel, but so far, the ball can only move in the direction you move it with the arrows, and jump, but not corrisponding to the camera veiws, just global, il put some sound in and post on youtube,

The link will be posted here and in a new thread, put it will not be perfect before i can solve that one pesky problem.