hi everyone.
lately i’ve been having trouble with Blender not being able to run some plug-ins and other features built into blender. it always gives me a huge error message every time and they say mostly the same things, just different file locations.

I first came across this problem when trying to use the Easy Emit plug-in for the BGE and when following the steps in the tutorial, i ended up with this: 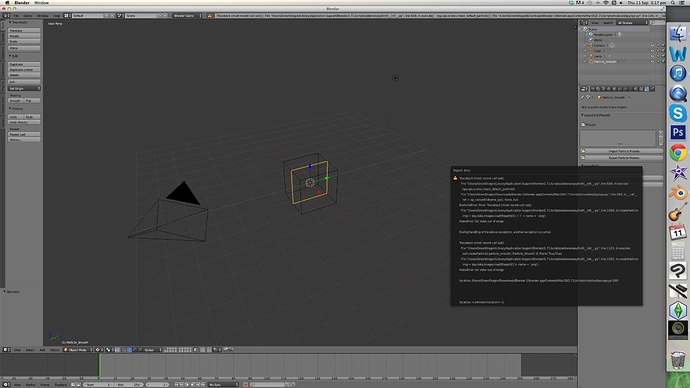 i later noticed it was happening when i tried to use the ‘edit externally’ feature in Texture paint, oddly enough though that now seems to be working.
it happens on occasion with other plug-ins as well, most of which are to do with the game engine, but not always. i haven’t seen anyone else come across these problems and most of them seem to happen at random (except this easy emit one, it never works :/)
I’m using a Mac if that makes any difference (but you could probably see that from the screenshot).