I’m trying to save my rendered image as a .PNG from blender, but the final exported image has dull colors, however; The rendering on the viewport looks more colorful, do you have any idea why does this happen? I have tried changing the output settings in different ways but nothing changes even saving as jpg.

What application are you using to view the saved image? Can you provide an example? What does the render look like in the render window vs the viewport?

I am opening the image using the “Preview” application and GIMP on a Mac.

This is what it looks like on the Preview or GIMP: 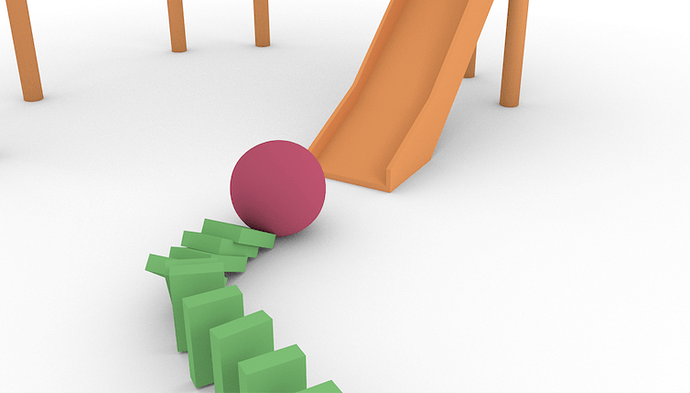 This is what it looks like on the viewport: 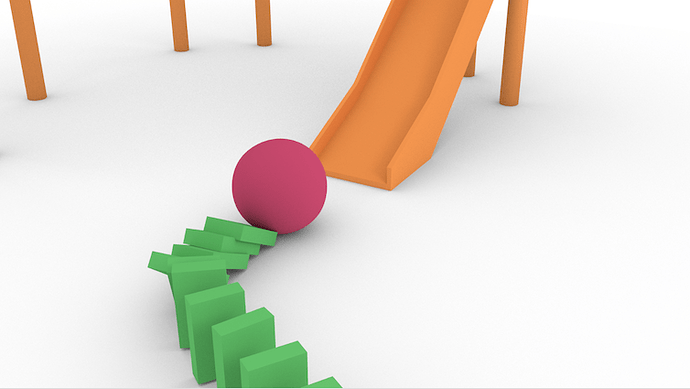 I recommend that all renders should be done to OpenEXR or MultiLayer OpenEXR files. This will capture the actual render-result “as it is,” without attempting to squash it into some image-file format’s über-compressed version of color reality.

Then(!), you can use a separate blend-file to process these output-files into the “deliverable file” format of your choice. (Since no rendering is involved, the process is very quick.)

As you have seen, “image files” and “movie files” actually leave a lot to be desired. (Both place a priority on being small, at the expense of being decent.) However, if you separate the (expensive) process of “rendering” from the (relatively cheap) process of “making a deliverable,” you maintain control. If you don’t like what you see, you can do something about it … quickly.

I am going to assume that you know how to use compositor nodes.

Is it just me or do the images look very similar? I can honestly barely tell the difference. If I had to put it into numbers I’d say I see a difference of about 2-4% in tones, with the GIMP image being 2-4% darker. I think it’s something to do with shading (shadows) itself, as the colours look brighter, not more saturated. Then again, I am looking at it from a f.lux-ed laptop with a screen loosely calibrated at 5.5kK.

If it’s not that it might be your display intent in colour spaces or the AO is not showing up in viewport. I’m not sure if AO shows up or not, but it would be worth a look; as I said it looks to me like the slide is casting a shadow on itself relative to the vicinity of its edges.

You will only be able to get to the other option through GIMP I guess, but basically what I think you will find is that the image’s display intent is set to perceptual. Try setting it to Relative colorimetric. It might change something, then again it might not because it generally doesn’t influece the shadows as such, just saturation and lightness.

I have the same problem sometimes, but I rarely use cycles and I’m not expert, though I have some clues (I’m on Mac too BTW):

one time I found that one object had a subsurf modifier with different subdivisions for viewport and rendering, matching them solved the issue; to be noted, the difference was visible over the whole image, while the culprit object was just marginal.

the issue is not related to the output format of the rendering since you can see it even in the UI when you have the final rendering and the viewport side by side.

This happens to me as well. The render looks great in Blender, but after a png save is looks dull.

Blender doesn’t tag images with a colour profile. Other image editing applications may make their own assumptions on how to handle untagged images.
If you’re saving an 8bit .png ‘apply’ an sRGB colour profile in your favourite image editor.

The best approach, of course is to save the render as .exr and only save to a display referred image file format at the end of the pipeline.