How much eco are you? I segregate waste, try hard not to waste food and limit the use of plastic bags. But this Polish hydrogen powered engine shown below, Europe’s first, world’s second and shown to the public in Gdańsk, sure beats it. 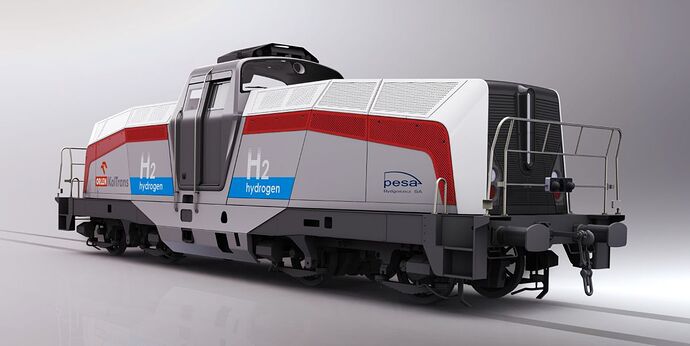 The universal problem with strategies like this is the hidden cost of producing the fuel. While the locomotive itself produces nothing but steam as its exhaust, fossil fuels had to be burned elsewhere to fill up the tanks. The pollution is still there – just hidden.

ALL industrial production is polluting the planet one way or another and progress has a price. Our duty is to do our best to keep this price as low as possible, which also goes for our monthly bills

. And Poland is no exception.

Battery Electric Vehicles also have that issue, but with the added concern of how to recycle all of the spent batteries.

People who have become that paranoid about their impact on the environment (thanks to the mainstream media and public education) should just return to the idea of traveling by horse and buggy, light their homes with oil lamps, and restrict their hobbies to the things that do not require electricity. If you live in the US you are in luck, there are a lot of Amish communities that can help make the transition to an ultra-low pre-modern environmental footprint a lot easier.

The universal problem with strategies like this is the hidden cost of producing the fuel.

I allways found that argument very weird. One thing has the potential to run on clean energy while the other does not have this potential.

It seems so obvious which one is preferable.
Why would you say they are the same?

The whole green energy thing is more complex than people want to admit. As a medium for energy transference, hydrogen is good as when it burns it just leaves water as a residue, but it is only somewhat economical if it is sourced from fossil fuel extraction, which is bad for the environment. Using electrolysis to break water down into hydrogen isn’t energy efficient. Now if you had a clean energy powerplant like nuclear, solar, wind, or my favorite “heat mining”, whatever excess power production could be used to make hydrogen, but battery storage would be better. In regards to electric cars though, what most people don’t realize is that you actually get more mileage from the same amount of fuel compared to a gas powered car. The reason is that a fuel burning power plant can be as big as needs to be to convert fuel to power. A car engine needs to convert fuel to power, but it also has to be small and light enough to fit in a car. Thus gas cars are about 25% efficient converting gas to power, but electric cars get there power from power plants that work close to 50% efficiency. So even with an apples to apples comparison, electric still wins. At the end of their useful life, batteries can be recycled.