Polishing an old work for a sci-fi blender series

This is the latest WIP: And just in case you missed the blendernation news, here’s the gentlemen’s sci-fi weapon: https://www.youtube.com/watch?v=05x9N492SMw

I’ve created this subway escalator scene, as one of my first ever, a few month after getting in touch with blender.

This was my first image 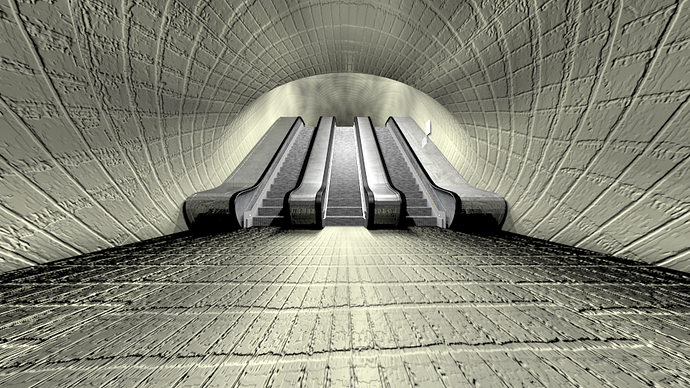 But I went on working on it, learning alot of different stuff via free tutorials, that everybody was giving so generously out there and after some more practice
and some compositing and filter overlay this was the result: 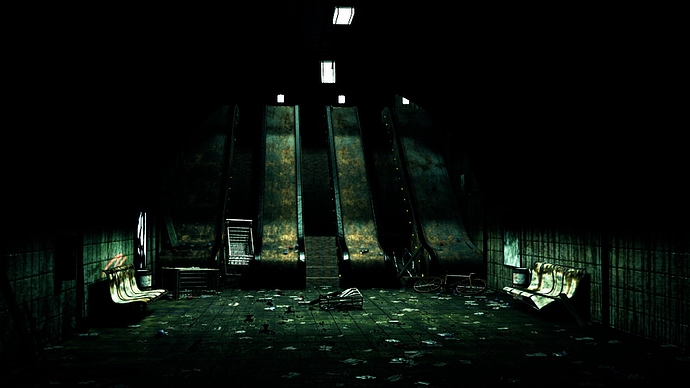 and here’s the scene as one of our very first channel videos: https://www.youtube.com/watch?v=SUabd9peP3U

I was planning to use it for a short film entirely made in blender, but my models were bad and the pacing an animation wasn’t just there either. The project had some good one’s though (here’s a playlist, note that this was very early blender stuff, i was trying my best :p: https://www.youtube.com/watch?v=AUh9_QF- h3g&list=PL6DEl2xoXHgHkcoyZnZ6__ai3mD4c-N_1 )

So now after some more practice I decided I would start of better now, and began writing and imagining a story about the MoonMan. So I slightly redesinged the scene to use it for the upcoming webseries and here’s the result (comment): 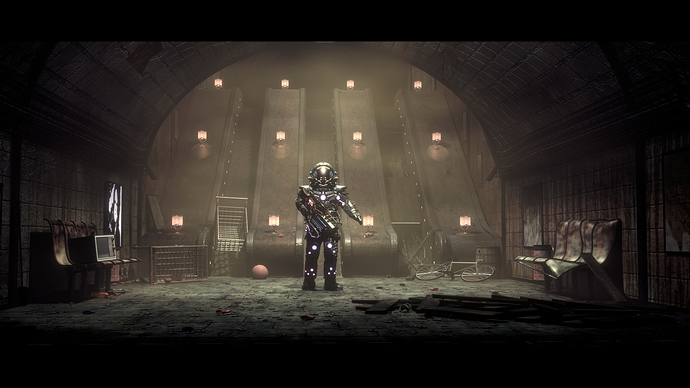 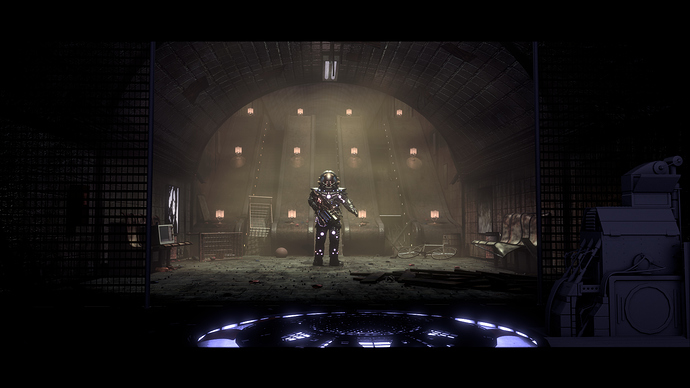 I’ve learnt so much with blender and I still got a long way to go, but I think it’s time to say: thank you! to the community.

If in any case you are eager to help us making this webseries, than there’s no better and easier way to support us than to simply subscribe to our channel alongside 158 others (so far): http://www.youtube.com/subscription_center?add_user=MoonManPictures

Sry for the cheap commercial for our channel

But it would really help alot to see that people are supporting this (and you will get some Blender Internal tutorials for free YAY!)

Anyways
Thanks for your time,
The MoonMan

The progress in this scene is obvious

Nice work. Despite small flaws like the chairs texture or the cans on the ground that seem textured and totally flat, the first of the last post is very nice. The two last lack some texturing I think for the machine at the right, but that and the blue thing at the bottom (a portal or something ?) are intriguing.

I watched the trailer too and it’s very well done, good job. I wish I had the skills and motivations to make some animations like that.

Edit : Forgot to mention those lamps on the escalators. Why are they here , it’s very strange. Visually interesting, but strange

hey asmoth, thanks for your reply I will work some more on the scene of course and there are some leftovers from earlier days also

Oh I missed the ‘still WIP’ part. Looking forward to seeing the final result so

PS : (You must mean the generator on the right?)

Very nice. The scene and atmosphere are pretty good; the pose of the man in the vac suit seems a little stiff though.

Oh I missed the ‘still WIP’ part. Looking forward to seeing the final result so

PS : (You must mean the generator on the right?)

:eek: sry on the right of course :no:

Thank you @rjshae. It’s going to be animated therefore there’ll be a walk motion etc etc

Looks GREAT and this is a very teasing trailer on YT. You have a very interesting project going on here!

Thank your minoribus for the kind reply! 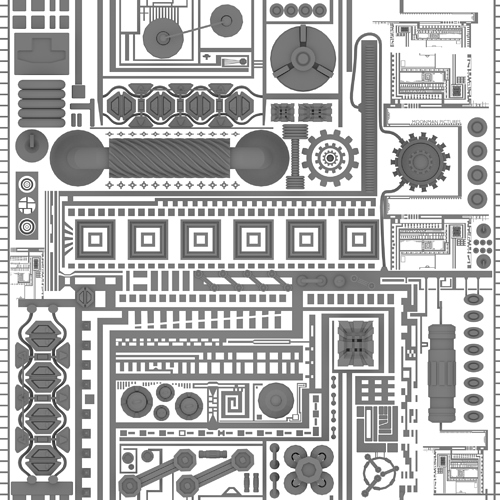 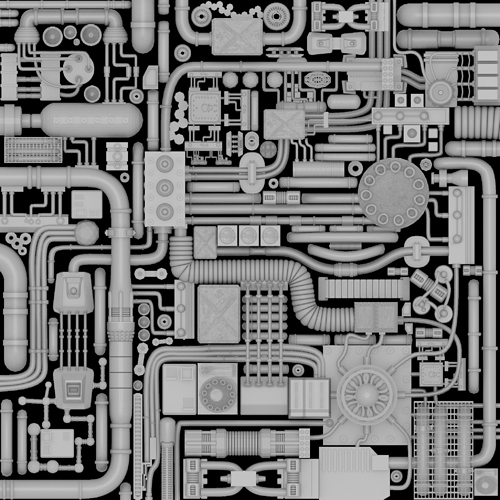