POLL: could this ship take an Imperial Star Destroyer

i think the cruiser, he thinks the star destroyer.
help me prove to him that the star destroyer would lose in this poll (but vote for what you think would win)
the cruiser has 3 nuceluar and 3 ion missiles the size of a large city and plasma, fusion and solid slug turrets and subweapons…also has 10,000 starling fighters, 100 chimera frgates and 1000 falcon corvettes. and you can guess which weapons the star destroyer has.

and incase for those wondering which cruiser i mean, i mean THIS ONE- 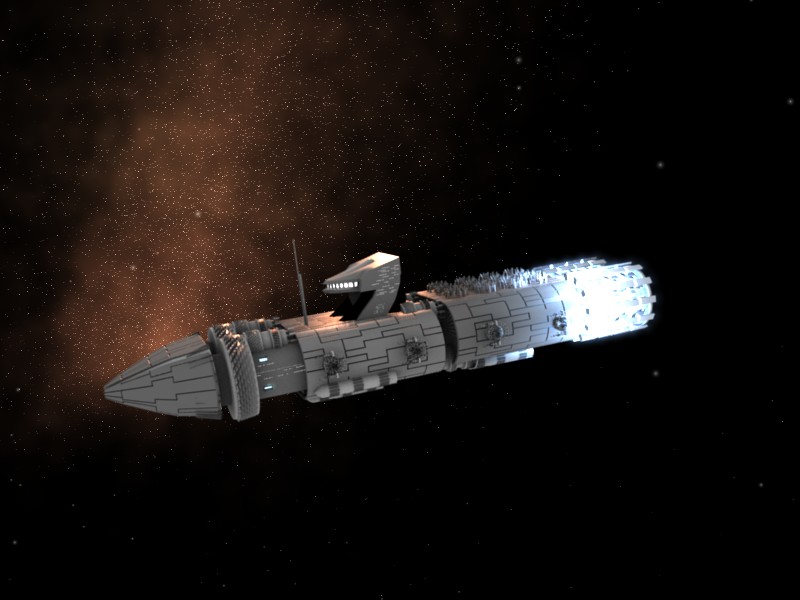 judging by the image, id say it looks too small and fragile to beat a ‘star destroyer’

woah! its not fragile! the way i see it is that the massive rockets could rip the star destroyer in half while the star destroyer fires (puny) lasers at a ship with complete heat, ballistic, energy and deflector sheilds… nobody sees my point of veiw.

I imagine your point being “MY ship is better. Period.” … Its always the point. And why did you ruin your promising looking ship? It was going pretty fine earlier, but now… i dunno. Its wasted.

I imagine your point being “MY ship is better. Period.” … Its always the point. And why did you ruin your promising looking ship? It was going pretty fine earlier, but now… i dunno. Its wasted.

ruin it, what do you mean?

and i am just trying to prove a point to my brother, everybody thinks that the star destroyers are pretty much indestructable…when the cruiser is built to destroy things like them… i guess thats my life though, always ignored…

By ruined i mean that you had nice going with the previus versions of this ship. But then you did something to the engines and now they look like the ship hull around the engines is hotblue molten. In the another section you had it pretty near to good. I think you should return to the planing table and rethink about the lighting and greeblings. Coz i think you have very good shape for a ship there it just lacks finesse at the moment. And it could turn out cool if you spent bit more time on it. 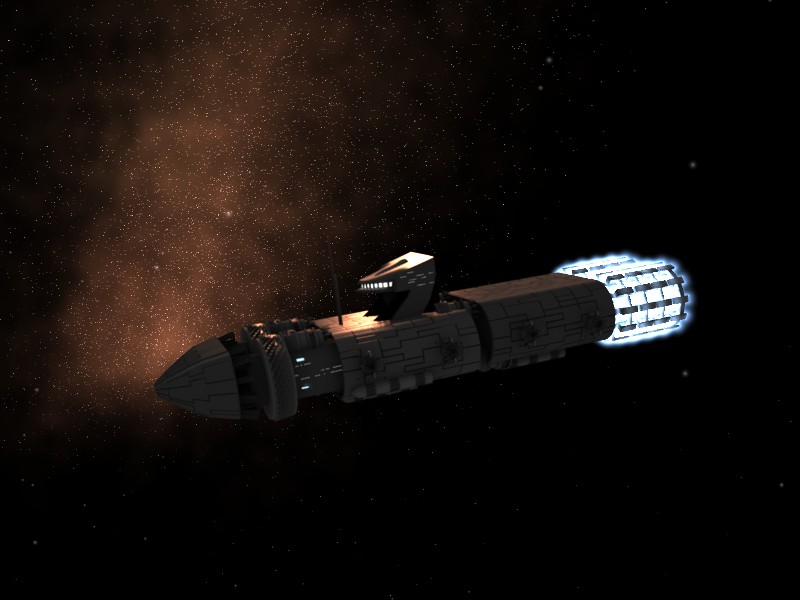 NEW LIGHTS ao.jpg800×600 71 KB
In this pic you are having it much better. The engineglow is kept smooth. Not overpowering hull.

So i am not saying your model is bad. It just needs some more work on it.

ok, thanks, will get on it right away.

If it takes a couple of X-Wings to destroy a Death Star, that can beat Imperial Star Destroyer easily. If the Force is with you of course.

If it takes a couple of X-Wings to destroy a Death Star, that can beat Imperial Star Destroyer easily. If the Force is with you of course.

you have a good point! exploit the empires vunerability!

the cockpit can be distroyed in on missile

the cockpit can be distroyed in on missile

They had their “Forcefields” or something down when the A-wing hit the bridge.

well, as i said, judging by the image, ofc. i cant say for sure as to witch is better…

well, as i said, judging by the image, ofc. i cant say for sure as to witch is better…

I would go for the star destroyer simply because a ship capable of holding 100 frigates, 1000 corvettes, 10,000 fighters, their pilots, all their fuel, the support crew, the maintenance crew, the petty crew, the ops crew, the med/sci(because a ship capable of holding all these people would need fairly advanced medicine staff), and all the space and machinery needed to support them would not be functional or mobile unless it was the death star, and your ship is small enough that I can see each gun turret. So unless your ship is capable of bending reality around itself like the tardis–to hold all this stuff–I’d say your ship was in fact about the size of the Tantive IV, which got hammered at the beginning of A New Hope

It should be fairly obvious at this point that I am a geek of tremendous proportions, but sorry, your ship is not big enough to be what you say it is.

I’d say it could outgun the Tantive IV, but not a star destroyer, by a long shot.

gun turrets? oh they are not gunturrets, they are the subweapons.

Biggest / main weapons- Nuculear and Ion Missiles
Medium size weapons / subweapons- ion, plasma, atomic and solid slug superhardpoints. these are what you are talking about
smallest weapns / turrets- Anti fighter, corvette and small frigate weapons. solid slug and rapid fire plasma ( not visible on this render because they are so small in comparison to the rest of the model, so i removed them from this image, but they are there. )

Head to head, the Leviathan loses. It’s got way too much mass to be maneuverable, and with all those other ships on board, way too much to lose from a single hit. It’s the sort of ship that would stand well back from a battle, use half it’s on-board wing to screen itself, and send the other half out to fight.

The planet busters it carries can only be effectively used as what they are designed for: busting planets. Shoot them at another ship, even light anti-ship weapons would take them out.

It’s been repeatedly proven in the history of warfare since David and Goliath: smaller and more agile beats larger and less maneuverable. Come on! X wings took out the freaking Death Star.

cruiser has 3 nuceluar and 3 ion missiles the size of a large city and plasma, fusion and solid slug turrets and subweapons…also has 10,000 starling fighters, 100 chimera frgates and 1000 falcon corvettes

Well, as Blackboe’s said already, your ship would have to be the size of a deathstar to realistically contain all those features.

And that’s definitely true because a SD has only enough space for six wings of Tie fighters, and usually only carries 1-3.