I am having problem rendering a simple texture to an obj of a building. Actually I have the same problem even with just rendering the default gray material. The top ledge is not rendered smoothly.

At first I thought I had an unwrap problem, and i did, but once I fixed by singling out the top ledge and unwrapping that separately using project from view, I still noticed a problem with the way blender is rendering the top ledge.

Even without a texture it isnt rendering the top ledge like one flat smooth surface, you can see the diagonal line in the top left corner clearly marking the edge between those 2 polygons.

Anyone know how to get rid of that? 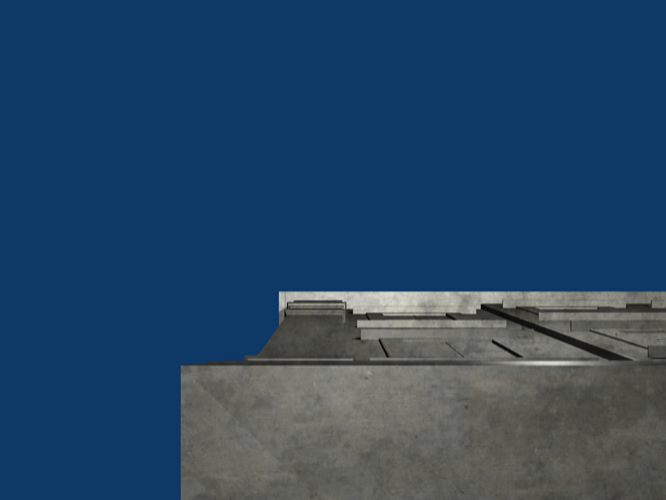 cud be vertices not lieing in the same plane or maybe u didnt remove doubles.
cant say anything pls attachn the blend if u dont want to share the whole building (pls dont if the file is big) just seperate the
roof where its causing roblem and attach it.

you were right, I took a closer look at the file and the verticies on the inside of the edge were slightly lower than on the outside giving it a slant. Not sure if that was intentional or a result of using autodesks fbx converter. The source file (fbx) was not something I created, just something im using for a tutorial.

It does seem that there are lots of extra verticies in this file, again not sure if its cause of the converter, I know in other programs you can merge verticies that are within a specified distance of each other, is that possible in blender as well?

yeah very easy, just select all vertices or the specific region from where u wan to remove the overlapping vertices. Then press W key and select remove doubles from drop down menu.
u can increase the merge threshold if the vertices are not exactly over each other.

also since ur a new comer i think maybe u wud not know the fix vertices not in same line with scale trick so i think i tell u that too cos i used to manually position the verts when i was a noob and didnt have knowledge of that trick. so here.
select the vertices that u want to be in the same plane. now press S key and press X,Y or Z to be the scale axis (but choose the axis which wud be just perpendicular to ur plane like if ur plane lies in XY plane be sure to press the Z key to constrain scaling to z axis) now press 0 key on ur key board or scale it to zero with mouse. and there u goo all verts in same line.

if you know this trick its ok, If you dont use this its very fast way to get verts in same line.

yea man that trick helps a lot, ive played around with blender on and off for years but never tried to do anything serious with it, now Im trying to generate some quality looking city scenes to merge with live action footage in after effects so Im trying to learn as much as I can to get professional looking results.

Can you recommend any good sites with tutorials on architecture?

Thanks again man, you have been a big help.