ok i havent actually played with the lighting on this as much as i feel i should, so im asking more on materials, i have them in two different angles and lighting. in my opinion the biggest problem is the felt on the table, looks kinda off. i also dont like the fabric on the handle of the que stick, so if any one has good advice on fabrics it would be welcomed 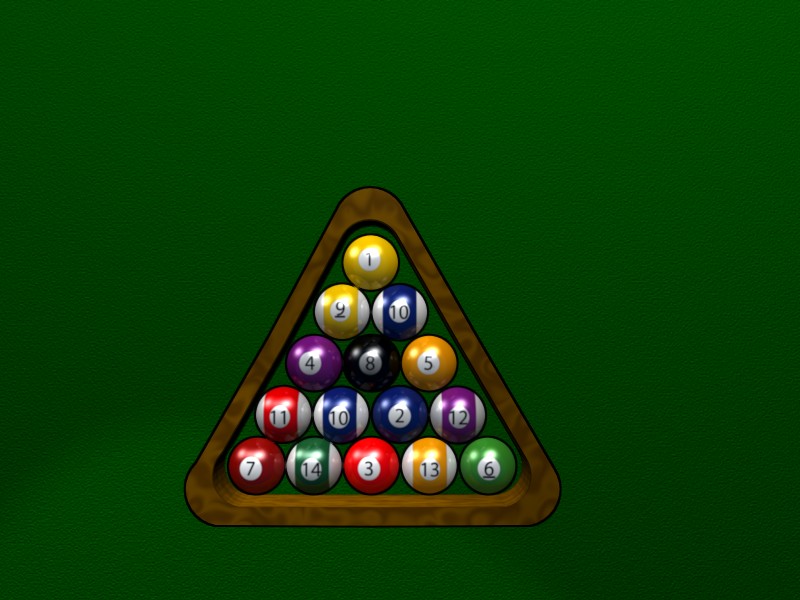 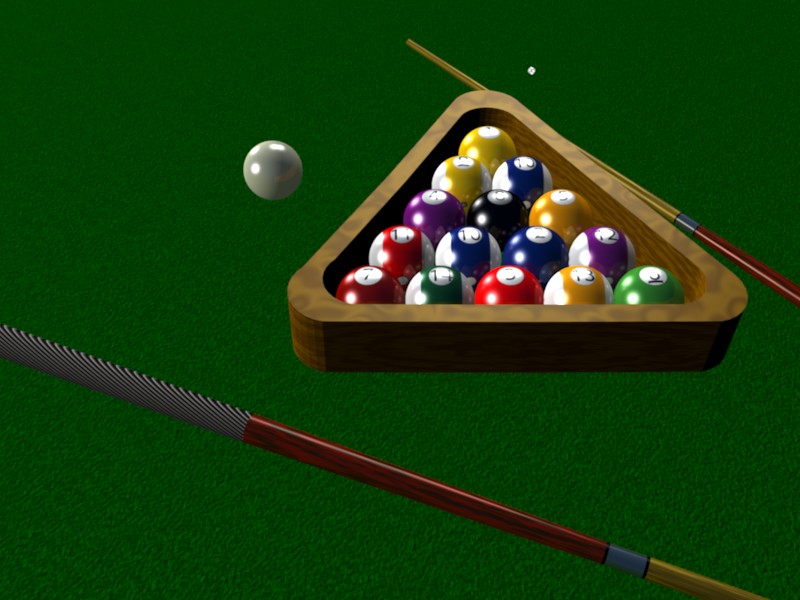 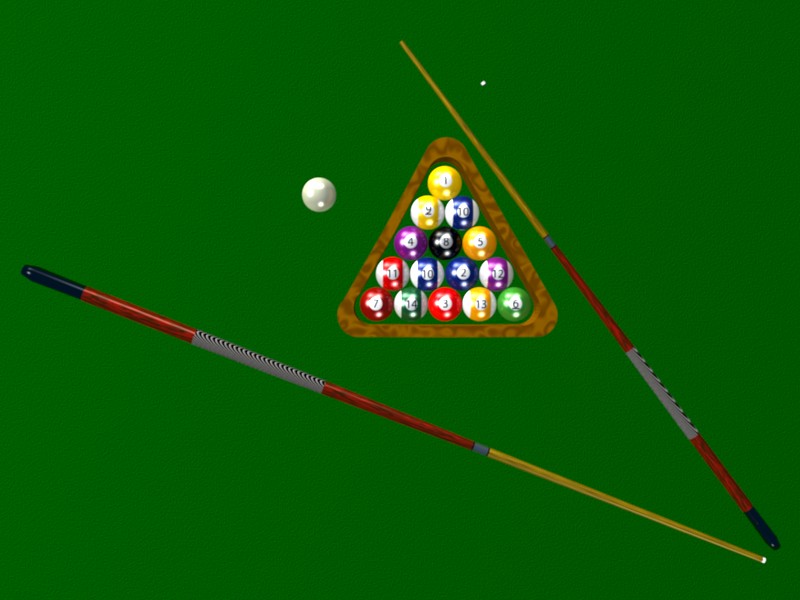 I think it’s pretty good. Ain’t the triangle to thick? The balls should be rotated so not all of them point straight up.

You need some shadows b/c on the second pic it looks like the balls are floating on the table.

Nice POOL rendering. A little Yaffing (YafRay) and it will look photo realistic.