I recently finished this project as part of the Film Riot one minute short film contest. It was inspired by the Portal 2 character P-Body. The character model was done as modeling and texturing practice. This was my first attempt at character animation and character modeling so I’d appreciate any feedback. Modeled in Blender, Textured in Quixel Suite. Short film was rendered in Cycles at 300 samples using the de-noising feature in 2.79 and the high res image was rendered at 2000 samples. Short film composited in After Effects and edited in Premiere Pro. I’d love any feedback on how I can improve in future projects. Thanks to Blendswap user Coolinus for the companion cube model and avid29 for the turret model. 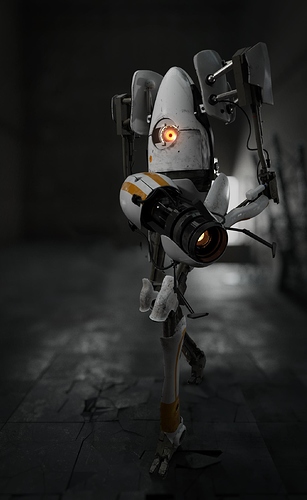