Poser to Blender to Unity -- Problems

I am currently in the process of developing a demo for a game idea I have, and I have a character which originated in Poser 5… I’ve exported it to Blender 2.8, re-rigged it using AutoRig Pro, animated it, and exported it to Unity 2019. (This is all on a Windows 10 system.) Everything seems to be fine in Blender – Rigging animation, etc. Here’s how she looks in Blnder – No apparent problems… 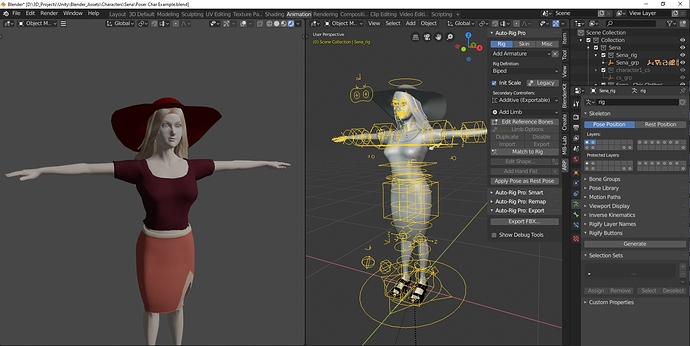 But when I export to Unity (using AutoRig Pro’s native FBX export), the mesh somehow gets distorted, as in this image: 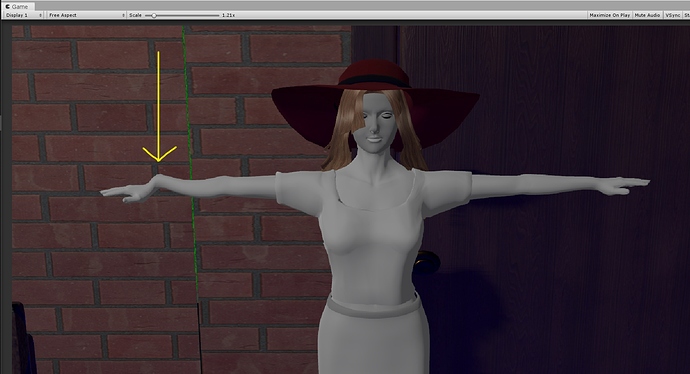 Though sometimes it’s a leg or other body part that’s out of wack… In addition, when I create a humanoid avatar for the figure in Unity, I get a stream of multiple iterations of this error displayed in Unity’s console: “Next vertex not found in CheckWinding()”.

I have no idea how to proceed to troubleshoot what’s going on. Is it a problem with the mesh? Is there something weird about Poser meshes that Blender and/or AutoRig Pro doesn’t like? If I uploaded the .blend file with my figure, would someone be able to at least give me a clue of what the problem might be? Am I better off using a different rigging scheme? I actually have another version of the same figure rigged with Rigify / Pitchipoy, but I’ve never found a reliable tutorial on how to make the rig suitable for export to Unity.

I’m working on a schedule for this project, so any guidance, or even a slight hint on how I should move forward, would be greatly appreciated.

Poser models are often poorly made with floating vertices and unwelded geometry.

If you have poser game dev or above they have game export capabilities that might help. Decimate and remove hidden unneeded polygons.

A belated thank you very much for the pointers… They will help me going forward.