Hi I created this Underground City for the CG Boost January challenge.
After the outbrake of a nuclear World War humans looked for refuge in huge underground bunkers, where they wanted to wait until the nuclear Winter has passed and they could return to the their old world. But over time refuge bunkers became settlements and settlements became cities and slowly they started to realise that they would never see the old world again.
Constructive criticism welcome 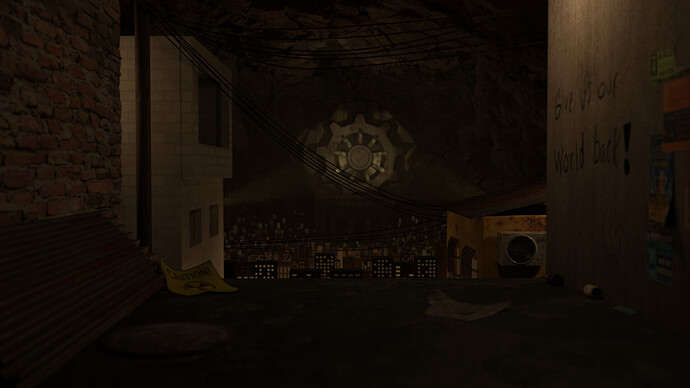