Hey all, I’ve decided to take on a pretty big project for myself. I’m working on recreating the potions classroom from harry potter. There’s thankfully a lot of reference images out there to work from, its just going to take some time. Its day one so i’m doing asset creation and room modeling. I’m struggling with how to unrap this ceiling. It is a half dome with a cylinder that extrudes from it, and I can’t figure out where to put the seams to get the bricks to fold up properly. I’d really appreciate some help.

Update: This may be the final image? 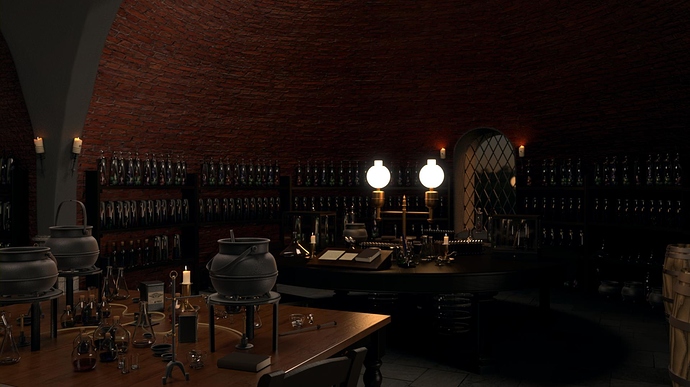 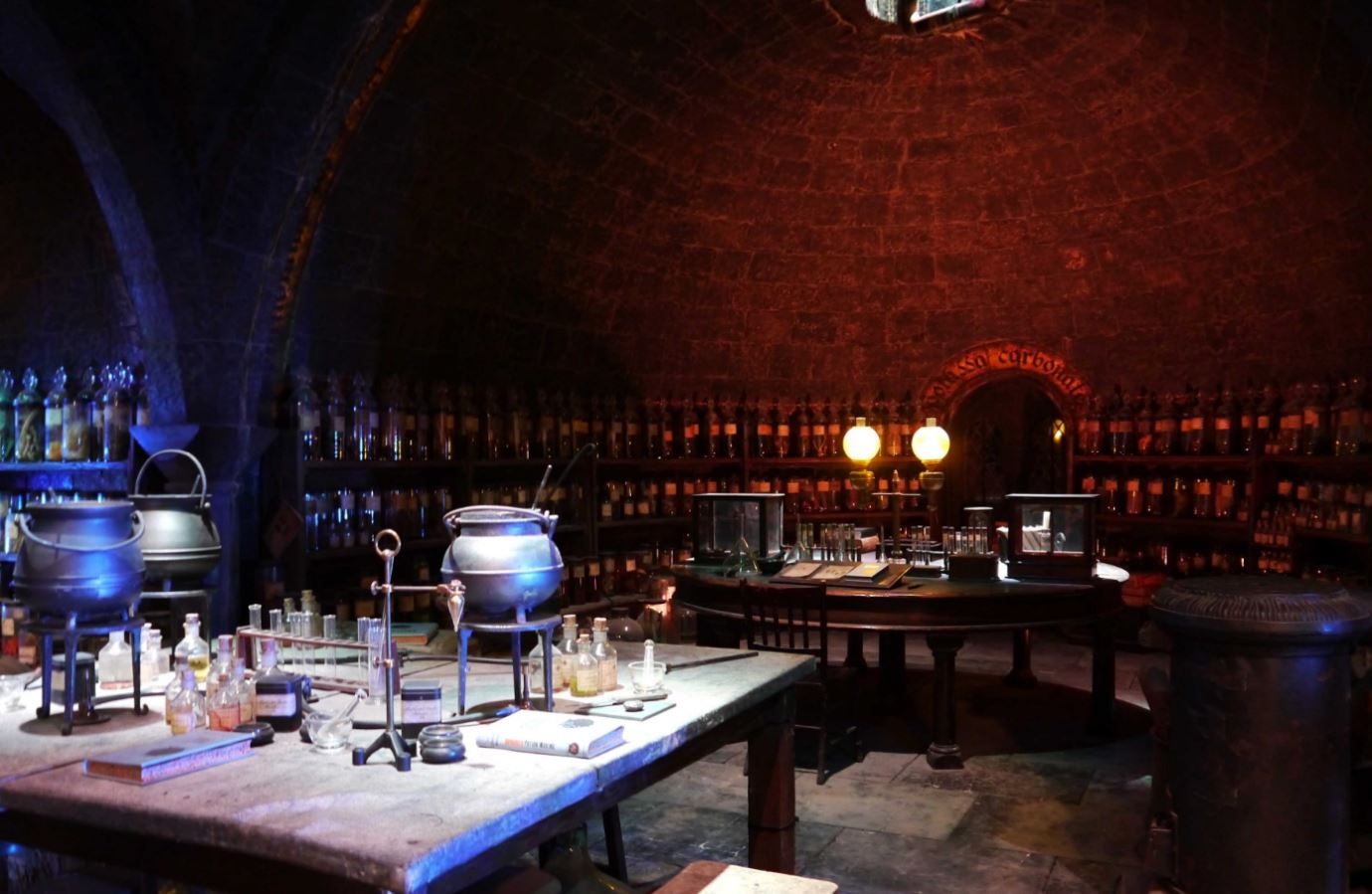 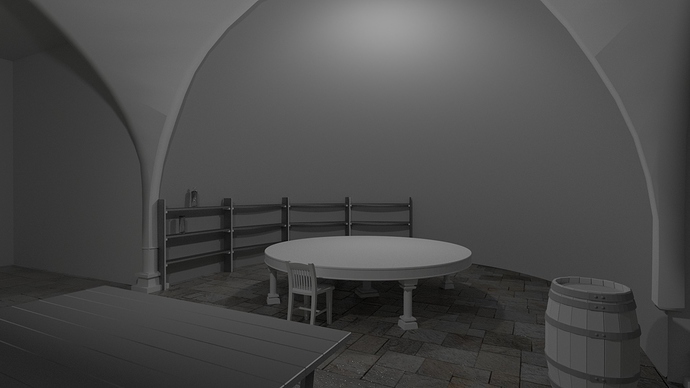 Looking great, the wall pillar on the left seems like it needs to be a lot bigger if you are trying to match the original but looking great.

Here’s a quick update. I’m kind of jumping around, asset creation, material work, modeling… whatever I happen to feel like doing at the time. This is going to be a long term type of a project. I’m not going for an exact duplication but I want to make it feel right. 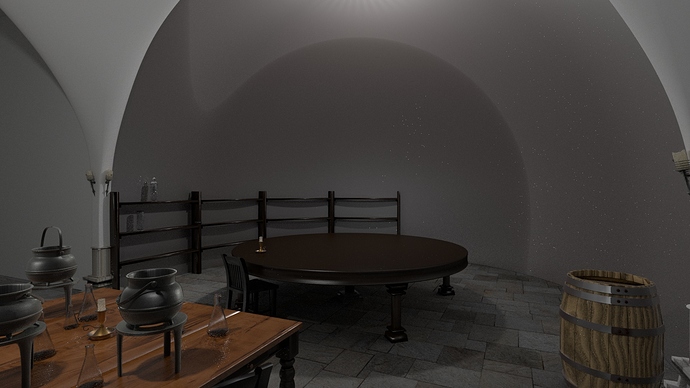 Lots of new assets and materials in this scene. 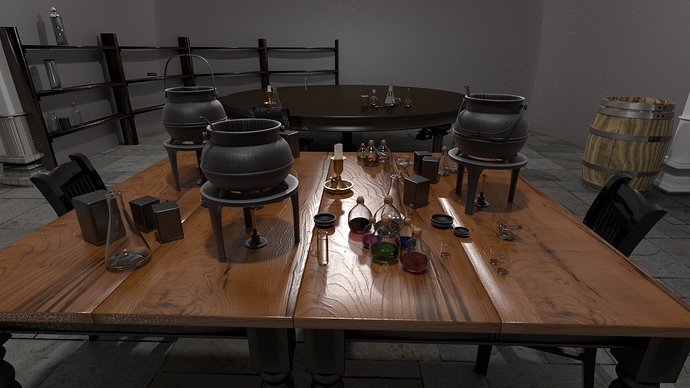 Another update. Filling in more assets. There are so many meshes in this scene 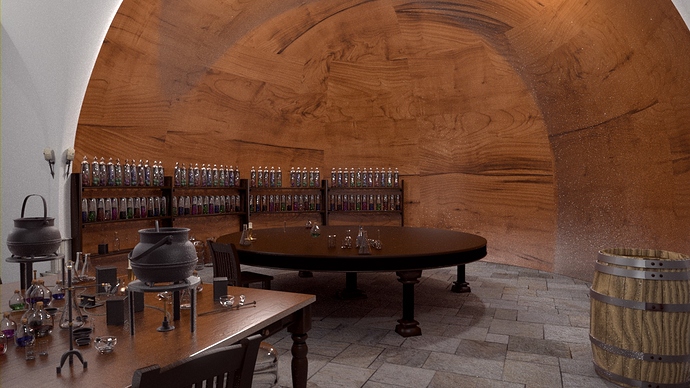 I would recommend group instancing if you are not already using it. When you have many repeated objects in a scene, that’s a perfect time to use it.

I’m using Alt + D for all the duplication, that seems to be cutting down on the memory usage. Is group instancing something I can do in addition to that?

It should basically be the same, as far as I know. 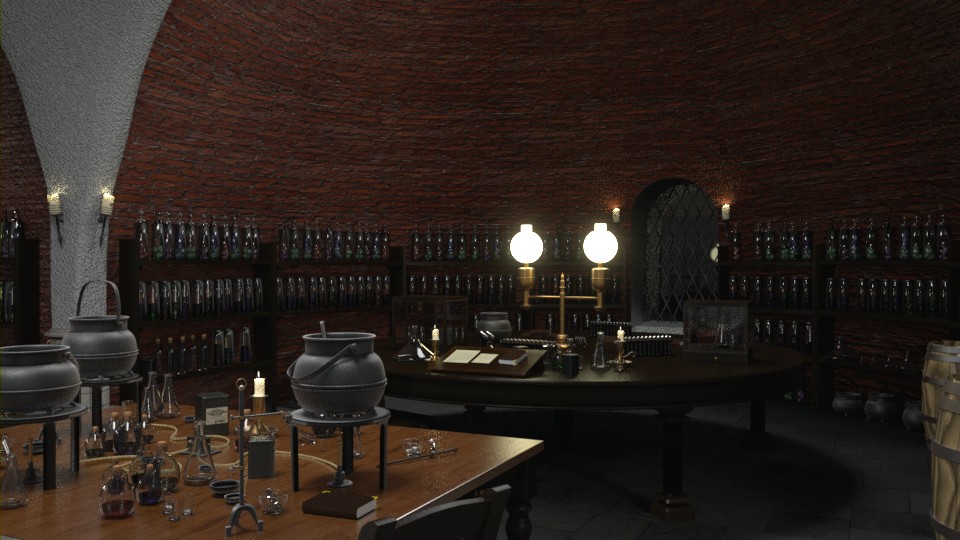