Here’s a work that I originally created quite a while ago, but was unable to share until recently. I decided to re-render it to make it more “vimeo-friendly” without doing much significant tweaking/improving to the animation itself, other than those that made it render a bit faster with current blender capability. 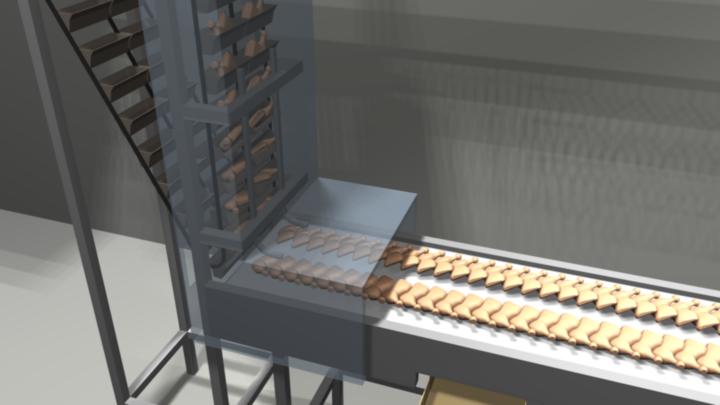 I wanted to preserve the work’s original intent (for this version) to reinforce its intended purpose - a quick and general, non-specific illustration for a presentation to top-level decision makers. Certain specifics were intentionally kept vague and the complexity of the models and textures kept simple so that it could be done on schedule, but also so it wouldn’t express unintended specifics in design direction. (The way this ended up functioning in reality was quite different than what this animation shows.) We weren’t entirely successful in this, unfortunately, because we were left trying to explain to these managers why certain bits of the process were particularly hard to execute. Their response? “Why can’t you just do it like it shows in the video?” …meaning this animation clip. :rolleyes: Just goes to show, sometimes you can sell an idea too much.

Comments and crits are welcomed. I will likely be using this animation for some visual style testing, so any ideas you have, or glitches you catch might contribute to a future version. Who knows? Enjoy!