“A University student arrested preemptively before the Republican National Convention will be one of the first people prosecuted under a terrorism clause in the Minnesota Patriot Act since it was passed in 2002. Cultural studies junior Max Specktor is charged with conspiracy to riot in furtherance of terrorism.
Monday, Specktor’s hearing was postponed until at least November.
Specktor and seven other defendants facing the same charge will be heard together, and face a maximum of seven and a half years of jail time.
The eight suspects, calling themselves the RNC 8, plan to plead not guilty to the charges, defendant Nathanael Secor said.”

These stories become more and more unbelievable every day… Its surreal…

Pretty soon this country will be a nicely cooked frog in the pot.

Well their trying to sabotage the RNC is the action equivalent of shouting “I have a bomb” I suppose.

Didn’t some actually burn police cars or something?

I propose you read a book. One filled with knowledge from front to back. One that will open your mind and spark your imagination.

What book is it:

Why it’s the Encyclopedia. :yes:

You’ll be fascinated by things you find like, the brain controlling the body and not the heart, humans’ uncanny resemblance to certain species in the animal kingdom, and

This is so shocking.

Well their trying to sabotage the RNC is the action equivalent of shouting “I have a bomb” I suppose.

Didn’t some actually burn police cars or something?

Can you at least try to be a little more open minded and not so biased?

heh. well put. lets hope “we the people” can walk the walk rather than just talk the talk hm?

This is so shocking.

To hell with free speech. Kick those damned immigrant back cross the borders from whence they came. Dis-integrate schools and public facilities. Un-brainwash men and women who were taught to like members of the same sex. Outlaw all abortion. Burn all science books and teach creationism. Destroy all hospitals and let the lord do the healing. :yes:

Can you at least try to be a little more open minded and not so biased?

You liberals are all the same with your trying to force your views on to people who clearly aren’t listening.:yes:

Your time is better spent trying to figure out why the best of you couldn’t be a president with the second lowest approval rating of all time.

Yah, this pre-emptive arrest (or whatever I understand it to be) is kind of like minority report.

wow, someone wants to make a flame war out of this thread, Ropsta.

So now this country has ‘assumption’ arrests? Doesn’t that break the rule for someone being innocent until proven guilty? You can protect this country from terrorism how you want, but maybe arresting simple protesters is a bit overboard.

So now this country has ‘assumption’ arrests? Doesn’t that break the rule for someone being innocent until proven guilty? You can protect this country from terrorism how you want, but maybe arresting simple protesters is a bit overboard.

Sometimes it can be useful. Plus, these “assumption arrests” aren’t exactly a recent development.But these people sound framed. Even if they were going to use those “throwing knives”, it’s still inaccurate to call this terrorism.

Pre-emptive actions often can be good. Just use your common sense. 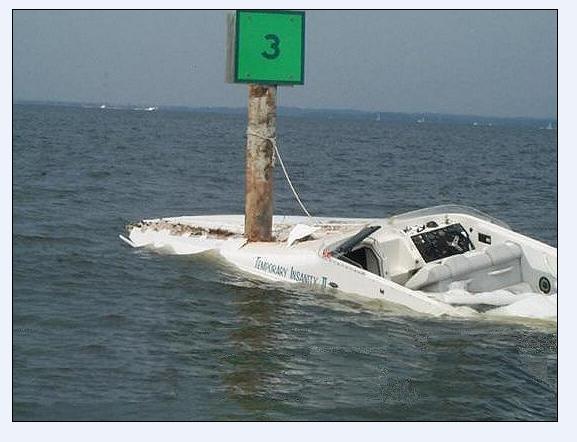 Do a bit of research, CD. “Innocent” is no longer a legal plea in US criminal courts. It hasn’t been for many moons. If you’re ever being tried in criminal court, make an attempt to enter “innocent” as your plea and see what happens. The judge will enter “not guilty” for you (which is, BTW, a completely different thing as far as legal definitions go).

kbot, there is a difference between “common sense” and what is legal.

Thanks for posting this news, Venom. I had a relative who was arrested and held for months without a trial on “suspected terrorism” under the Patriot Act. The allegations were later shown to be false, but in the meantime he lost his job, his house, and custody of his children (and he never got any of those things back afterward). Guess how much the government reimbursed him for it all… It really makes a person think.

Wow. This is pretty insane. Well, here’s hoping this brings some attention to exactly how corrupted and disgusting the US is now. Maybe when the government starts kicking in doors and having people tried for being connected to someone who MAYBE was planning to protest something (maybe) people will start realizing how far downhill we’ve gone.

I bet all of their families are on terrorist watch lists and no-fly lists and every other kind of list. Pisses me off.

The complicity and laziness of our traditional media angers me most about the RNC protests. I marched in St Paul peacefully with 10,000 other people on Labor Day. I was surrounded by folks with baby carriages, little old ladies, college students, and basically regular people. It was a fun party atmosphere. Later I was disappointed to see all the local and national news outlets cover almost exclusively only the handful of out of state anarchist fools who wanted to break stuff and get themselves arrested. If they did spend a few seconds on the peaceful protests, the coverage carried the clear implication that we were somehow connected to the violent losers down by the river. I am sure the overreaction and Darth-Vader presence of the cops exacerbated the violence.

The police did not engender any more goodwill that evening. There was a nighttime concert for peace on Harriet Island with 12,000 paying attendees. At the end of the concert, we found the police had closed the three pedestrian/auto bridges that cross the Mississippi River to downtown St Paul. It took us 4 hours to walk home the long way. Apparently they were afraid we “hippies” would leave the concert and break more stuff. That’s some incompetent PR.

Final note: At the last RNC convention in New York, the police did not prepare for a military assault, but rather handed out bottled water to the protestors. There was practically no violence, in a city 8 times the size of Minneapolis/St. Paul.

maybe it’s time for the states to figure out how to secede from the U.S.

Yah, this pre-emptive arrest (or whatever I understand it to be) is kind of like minority report.

What do you know, Minority Report is a true story!

It’s starting to sound like the McCarthy witch hunts of the Cold War.

The question now is, who’s the McCarthy?