Hello all, I am new to blender as I decided to use it for my 3D objects in my unreal engine game however doing something simple as adding a texture to a face of an object is giving me some problems. 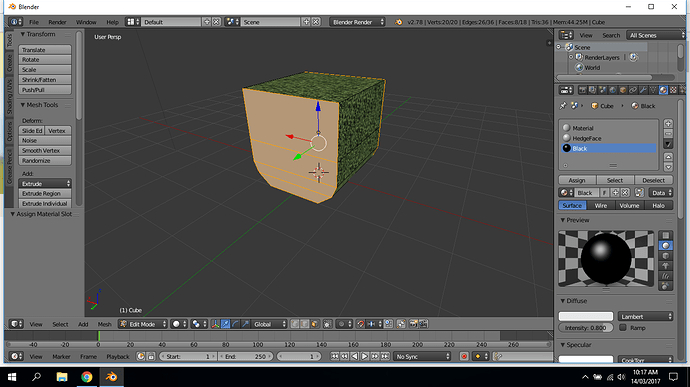 here I have a texture on the sides that I simply dragged and dropped but I am not after this as manipulating the object stretches and distorts the image. so on the other faces I tried to simply make them black using a material and a texture, I hit ‘assign’ and it doesn’t show up, if I hit render (F12) the opposite happens, the materials show up but the image I just dragged on the faces disappears. any help? thanks.