By following the celebrate series Blender Beginner Tutorials Series on the Blender Guru Youtube channel,
I’m practicing making the donuts and I have always problems which may be really stupid.

But that’s what really discourage me the most…
it’s like trying to debug myself as, me, knowing nothing at all.

This is the third time I review and practice how to make donuts in this week,
I’ve completed one but I’m not satisfy of the results.
Each time I restart from a whole new project,
and each time I encounter more new problems.

By doing like what’s done in the video, just straight after duplicating a part of the donuts’ meshes for the icing part, I clicked RMB to cancel the movement then P > selection to separate them.
But when I select no matter which of them, the two move together as they are linked (in the photo is when I try to find out where comes the problem by making a simple new two-parts donuts), when I found out that it was in steps far later, when I tried to parent the icing and the donuts together.

Picture on my google drive:
https://drive.google.com/file/d/1tlhC_ZV_o00CHoTLbcMAcW8lugW6YFf4/view?usp=sharing

And when it comes to the parenting step, in which normally they would be finally linked together, after it’s done by first with the icing part selected as the child then SHIFT + LMB the donuts part, CTRL + P (with Keep Transform),
when I select the icing, it can be moved, finally, independently as it couldn’t be so before the parenting set up, that does sounds logical for me.
Even worse, when I try to move them in the Z axis by grabbing the donuts, the icing part just goes further and further as the donuts’ displacement distance.
I can’t even simply move the donuts as being rightly placing on a plane especially and strangely after the parenting setting…

Picture on my google drive (please coy the below after the /d/, I’ve reached the limit for a post):
1H5v6jSnZKrjER8JLeZP-VCxGKjw3SXoa/view?usp=sharing

Picture on my google drive (please coy the below after the /d/, I’ve reached the limit for a post):
1ekgkoG3zIq2o2mwaTcl-CdzyMbf3bxYq/view?usp=sharing

For me, lots of things go wrong so simply as what’s done in the videos and I can’t found out all the solutions and the causes… I’m really confused and discouraged.

Please help me, as seeing I’m still here struggling and besides literately having nightmares in my dreams using Blender.
It’s really important for me to understand clearly the causes of problems of the solutions.

I eager to learn Blender well.

Thanks in advance for yours help,

I cannot view your image without signing into google which I would rather not do.

Sorry for the eyes,
but I can’t find a wiser solution for instant. 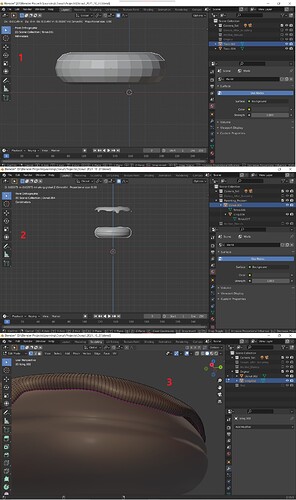 Thanks for your consideration.

1.) I think you need to turn off proportional modeling. The toggle below or “o”. 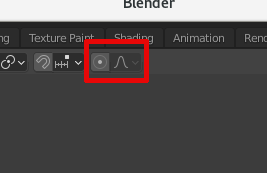 3.) I think you need to select that edge (number 2), alt+lmb on the edge (to get the whole loop) and clear the edge crease 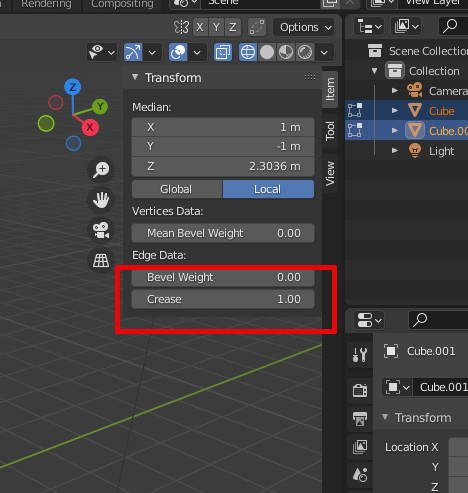 I hope those things help.

and clear the edge crease

Which is in your RMB menu for convenience (also in the main menus).

I cry out of joy.