Hey guys, new to the site, I was just wondering if someone could help me with a small issue I have been having with my low poly character model.

So basically when I move the IK bone up just a little bit I have this crease inbetween the leg and pelvis area which can’t be corrected no matter what kind of weight painting or vertex selecting i do.

My question is what kind of topology would i need to make it so no crease is present or at least a real small amount when moving my leg. 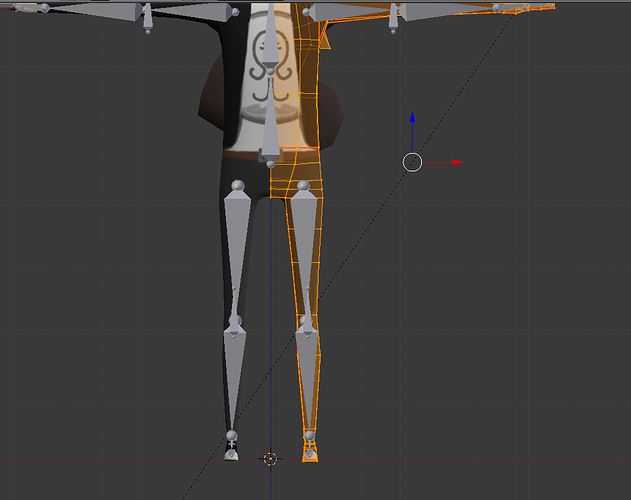 First off, I don’t see any IK chains in there - you need to post your blend file for us to look at. I think you do not have enough bones in your rig, no connections to the limbs from the spine, etc. So post your blend file to pasteall.org/blend then post the link here and I’ll take a look for you.

So, I added some bones and some more edge loops (CTRL+R) to get you going in the right direction: 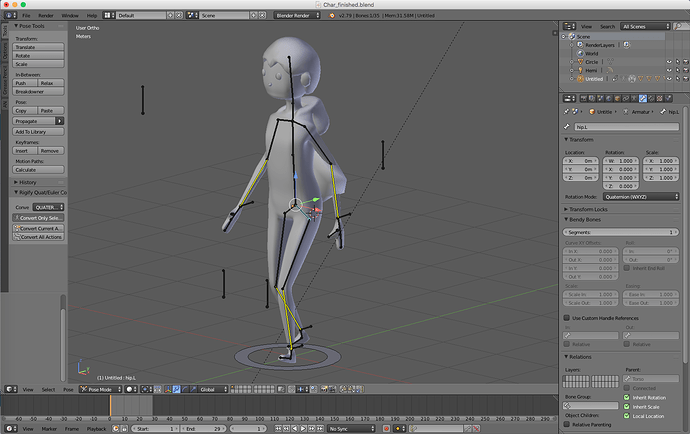 Always look at your own body when you are doing biped animations, you legs do crease at the hip and knee when you bend them up, say to 80 odd degrees, to sit down for example, so Art should imitate Reality.

You need to look at those things I suggested in my PM as well. The distribution and connection of “Deformation” bones is critical to good animation. Bones can be “structural” to move the character and/or “deformation” to deform the mesh, as you will see from the Rigify Armature. The density of vertices in critical deformation areas is vital, not too many, not too few, or you don’t get good deformation. Also note the Armature Mod is ABOVE the Sub-Surf, also check the Sub-Surf Optimal Display checkbox - makes life easier…

The blend file is not to be considered as the final solution, just a pointer in the right direction.

You have quite a good walk cycle in there, I liked that! I was also pleased to see the Root bone - you called it “Control” on the floor between the feet, with your major bone (Lower Spine - you called it “Torso”) and IK targets parented to it - well done! So often that is my first criticism of a rig of any kind.:yes:

PS. Search out Nathan Vegdahl’s “Humane Rigging” tutorials - they are a great help in this field.