I have tried to mix two image nodes. Each nodes includes an avi file and rendering doesnt work. The only result is a avi File with black images. Other people on blend.polis had the same problems. The english manual doesnt give a hint about problems concerning this issue. Does anybody has experience with this node setup?

Have you clicked Do Composite? Have you read http://mediawiki.blender.org/index.php/Manual/Compositing_Nodes_Input#Animations?

Working for the german Wikibook actualy I´m writing articles about Nodes and for that I´m using the english manual as an orientation (and reading every articel -word by word- very carefully :eyebrowlift: ). I´m testing every nodesetup described in your articles, but I have to admit, that I´m using the latest 2.43 build. Perhaps this causes problems. The only thing I can say is that this nodesetup doesnt work, or doesnt render. I only get a preview picture in the output node. 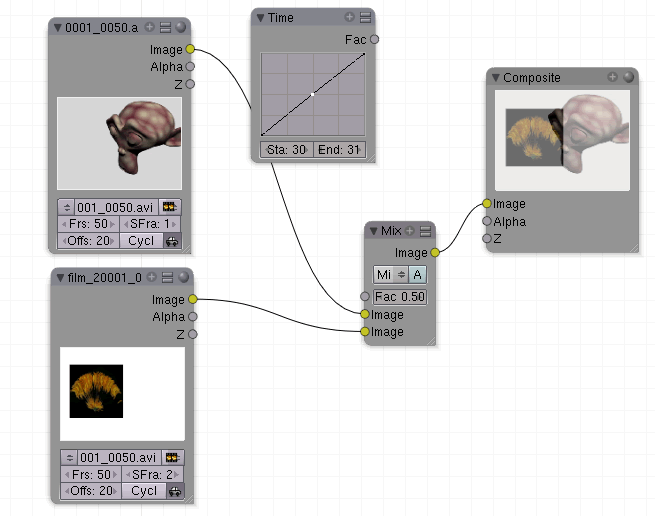